You can blame Beau Hindman from Massively for this article and most likely my possible disappearance for the next few hours. After watching his live streaming of Gameloft’s Order and Chaos, he had to go and post an article detailing a new application for mobile devices that, aside from being productive, will let you play games on your mobile device from your PC.

Essentially, the app itself is for remote streaming/access from your PC by way of your mobile device whether it is a tablet or a phone. This is great if you don’t want to sit at your desk any more and feel like finishing up some extra work while sitting on the couch. The main requirement is that you need to be on the same network as the computer you are accessing which limits this to being used within range of your computer. Interestingly enough, there also happens to be an internet discovery features that will connect you to your PC via Google services, something we will be testing out here shortly. 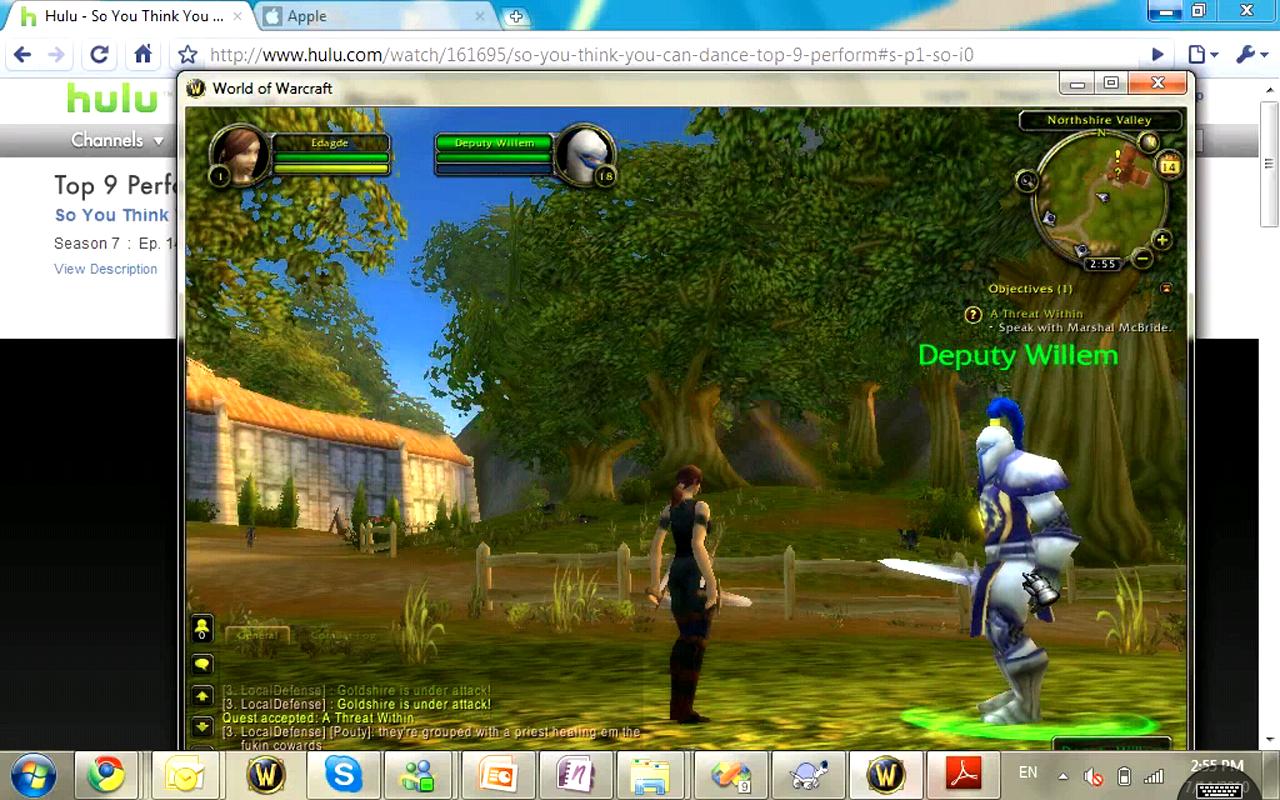 Yes that is World of Warcraft being streamed to mobile

Work aside, the fact remains is that the ability to play an online MMORPG (or whatever you fancy) from your Android tablet or phone is just plain cool, even if you can only do it while being near your computer. The interesting thing about Splashtop Remote is, in terms of gaming, you would naturally be worried about how you would go about dealing with most online user interfaces and movement since they are not geared towards mobile (yet), but Splashtop Remote has some neat features to handle this. You can access a menu and bring up a set of arrow keys which will emulate your usual WASD controls used for PC gaming. Controlling abilities in-game can be used via the hotbar(s) that come with the game normally.

Games should be run in window-mode on your PC for best performance and you will need to fiddle with the game’s resolution options and graphical settings to make it run optimally on your Android device. This, of course, depends on the device and it’s hardware. For gaming, dual-core or a high-end single-core CPU would be recommended. 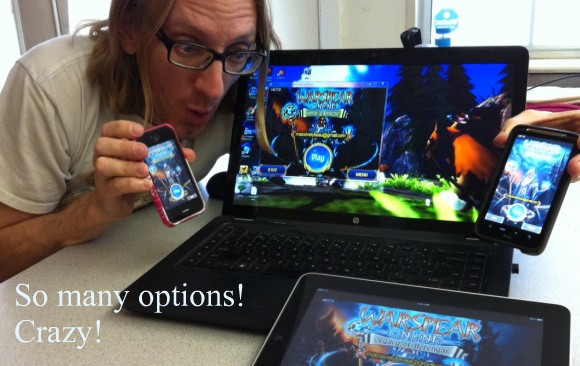 Beau Hindman’s HTC Desire running all this on the right

There are two versions currently out on the Android Market, one being and HD version for the more high-end tablets and phones, especially if you run Honeycomb. The normal version is for all other android devices. This won’t be the only service/application soon to do this (we’ve reported on others in development) but right now, this is definitely the most polished one and apparently the developers are working on a version strictly for gaming!

While I get ready to dive into this new application, I highly recommend checking out Beau Hindman’s article over on Massively about it and his hands-on experience so far with Splashtop Remote. Hell, if it wasn’t for him, we would have missed this so check it out! He goes hands-on with some online MMORPG’s with Splashtop remote but you can use this with just about any PC game online or offline.

You can pick up the normal version of Splashtop Remote for $1.99 and the HD version for $4.99, both of which are currently discounted at 50-60% off for launch so now is a good time to get it before the price jumps up to $4.99/normal and $9.99/HD version. The streaming app for your PC is available for free over at Splashtop Remote’s official website. Yes, this means you could technically play World of Warcraft on your Android device. If you want to do that (or any other game) anywhere aside from your house, you’ll have to wait a bit, there is something in the works by someone else for that which we reported on before. It should be ready soon.