For all of you fans out there of dungeon crawling games, there is a new one available to play on your Android device from developer Priority Interrupt called Delver. This particular game is a retro style roguelike dungeon crawler and the developers are doing something a little similar to what Atomicom is doing in terms of fund raising.

Priority Interrupt is looking to fund further development of Delver but instead of jumping onto Kickstarter like the rest of the world is doing, they have decided to go a similar route to what Atomicom is doing and trying to get funding through sales of the game. Instead of releasing the game in full finished condition after crowdfunding off of a site like Kickstarter, Priority Interrupt are getting funding through sales of an early development version of the game. 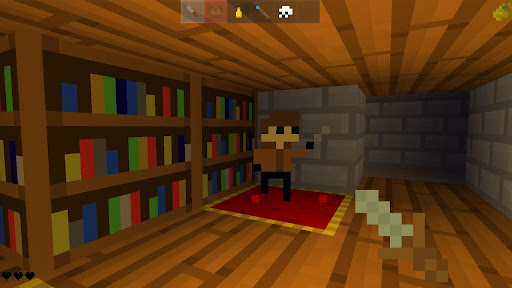 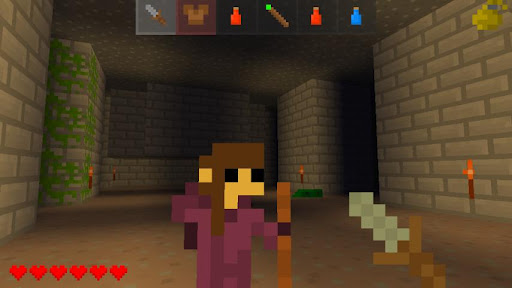 This way the developers get continuous funding for development through the sales of Delver while gamers get to be a part of the development process by submitting feedback and suggestions about the game. Updates are planned to be pushed out fairly regularly which they hope to be on a weekly basis. The game itself is actually pretty interesting.

As we mentioned above, Delver is a roguelike dungeon crawler but unlike a lot of this type of game, Delver is a visual game featuring retro 3D style graphics. Most roguelike games tend to have more text-based visuals similar to that of the old MUD style games. There is also action gameplay involved as you will be fighting monsters while you attempt to grab as much loot as you can and actually trying to live through everything.

Another interesting feature about this game is that there is perma-death involved. For those of you who are not familiar with perma-death in terms of gaming, this means once you die in the game, you are dead. You will have to start a new character and begin all over again. This certainly adds to the challenge and strategy of Delver. Also, just like most roguelike games, all the levels are randomly generated so it will never be the same game twice.

If you are up for a real challenge and like dungeon crawlers then you will want to check this one out. All sales go to further supporting development of Delver and picking up a copy of the game off of the Google Play store or through our Google Play synced catalog will set you back a mere $3.99.

Thanks to Chris J. for the heads up!