One game we got to try out back during GDC 2012 was a game by Chaotic Moon Studios called Age of Booty: The Deathly Isles. We’ve even reported on this game before GDC 2012 even happened and now it looks like we will soon be able to get to play the full game as it has popped up on Tegra Zone with a June 2012 release time.

Age of Booty is an RTS game that takes place on a hexagonal spaced playing field. As you may be guessing from the theme, it’s all about naval warfare where you will be controlling your ship(s) and completing missions which usually involves capturing a certain amount of town. Some of you might have even played the original on Xbox Live. Visually, when we tried the game at GDC 2012, it was pretty impressive as well. 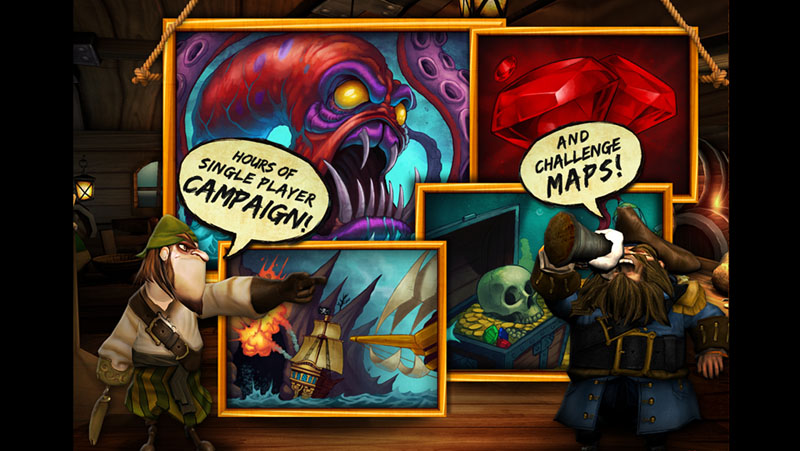 – Sink enemies, seize towns, upgrade your ship, and use curses to foil your foes – Easy and intuitive touch controls
– Over-the-air real time multiplayer
– Clever AI pirates that can play with you or against you
– Tons of customizable options
– Boatloads of single player challenges and multiplayer maps

This version of the original game holds true to the original in both the visuals as well as the gameplay. In fact there are even more levels and strategies in this version of the game. As you capture towns you will be able to earn more cannons, armor and speed for your ship along with all the good stuff like Rum and Gold. 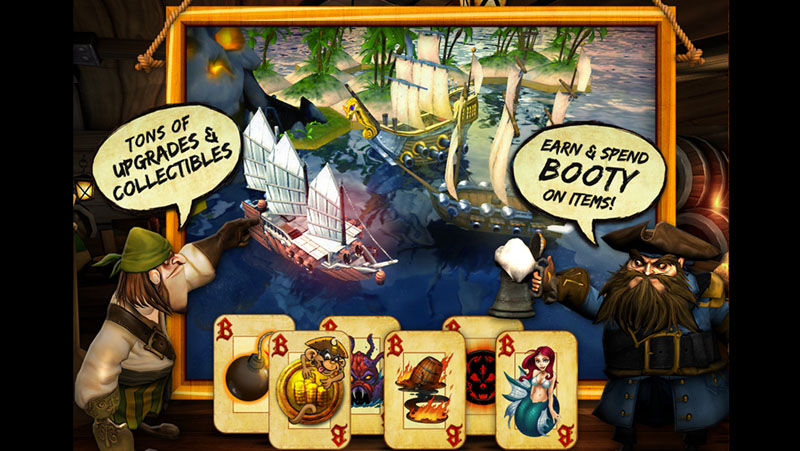 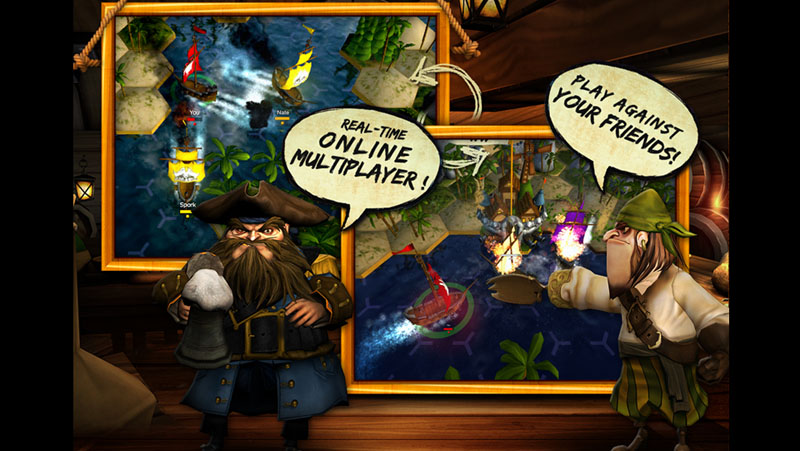 One thing you might have read is that this game will come with multiplayer so you’ll be able to fight it out with other people if you don’t feel like running through the computer AI games, or if you just feel like pillaging other people.