Oscura is a minimalist platform-slash-adventure game, where you play as Oscura, a creature who’s entrusted with the responsibility of preserving light on an island. However, the lighthouse’s power crystal explodes, and you now have to collect light shards to restore light to the island.

Oscura is a rather short game as it has only 12 levels. Each level can be finished in a couple of minutes. There are numerous obstacles such as spikes, spinning gears, and ghastly creatures along the way to catch you out. An important aspect of the game, especially in the latter levels, is being able to time your jumps to perfection. This is the tricky part and I found myself dying many times before I finally got things right. The good thing is once you die, you don’t have to start all over again for there are numerous checkpoints in each level. 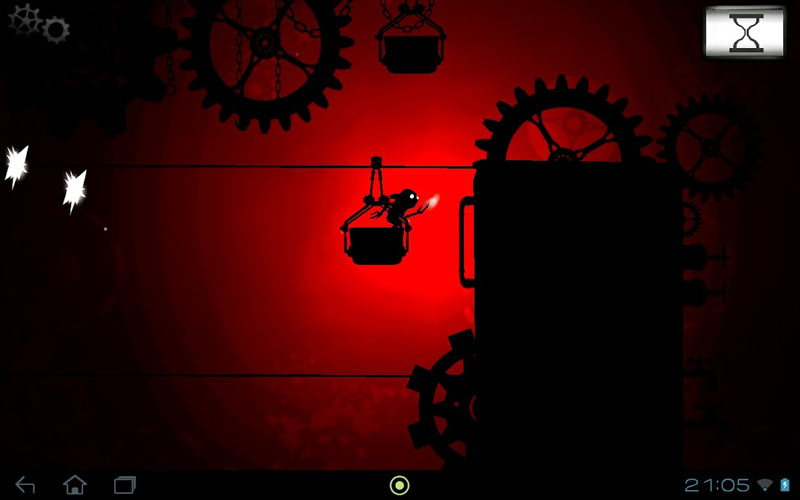 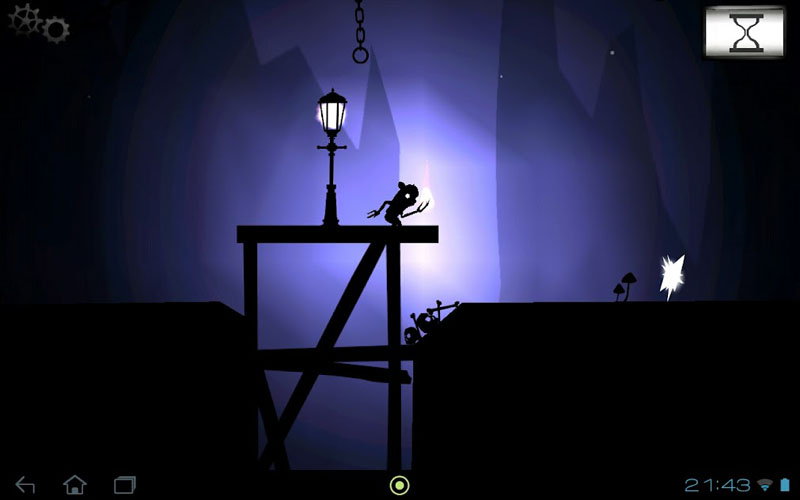 For those obsessed with perfection, Oscura has good replay value because you would want to be getting 4 stars on each level. There are hidden objects in each level too, so this can keep you occupied for a longer period of time.

The game has simple controls. By default, you have to use a combination of touch and swipe gestures. This works fine, but can get confusing later on. The other option is on-screen buttons. I prefer this but sadly, more often than not, I found them to be unresponsive, especially when I want to run and jump at the same time. 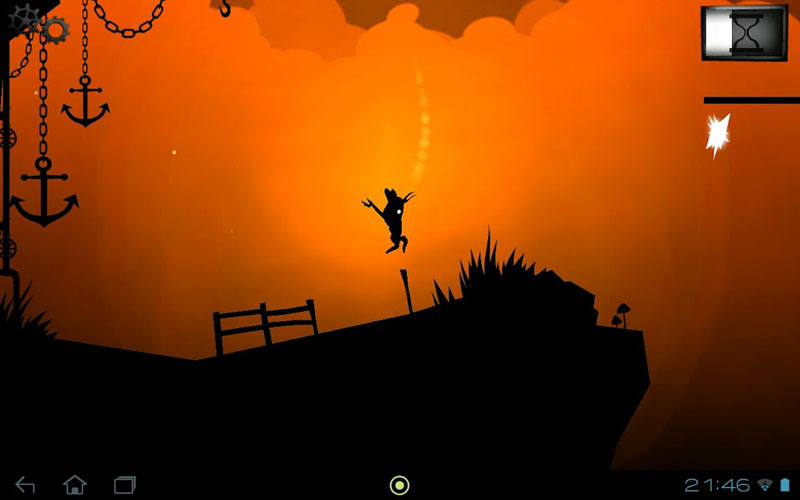 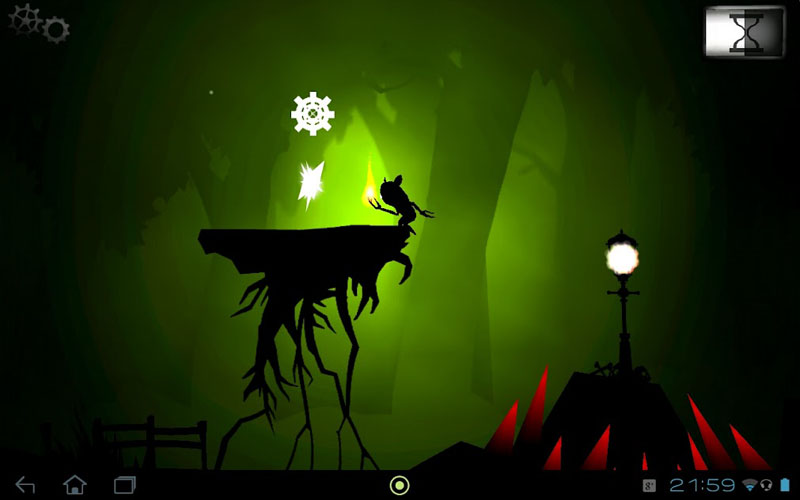 In line with the minimalist nature of the game, the graphics are simple yet beautifully rendered. In the absence of light, the game has a dark, Gothic setting. The only source of light is the torch that Oscura carries. The background music is good too, though a little on the eerie side of things.

Oscura costs $1.99, but currently it’s on sale for $0.99. At the former price-point, I will be hard- pressed to recommend the game. It doesn’t particularly offer anything new, other than a distinctive visual flair, and it’s rather short. But if you’re one of those who absolutely love platformers and like to challenge yourself to perfection, this game might just do the trick.