Physics puzzlers are a staple in the world of mobile gaming. They are among the most popular genre of games on the platform, mostly because they are light on graphics and generally easy to create. Enter Contre Jour, a critically acclaimed title originally from iOS that has won awards from even Apple themselves. Now that it has reached the shores of Android, is it worth your time and money? Read on to find out.

At its very core, Contre Jour is reminiscent of Cut the Rope. Instead of a candy and frog, here you have the one-eyed Petit and a light portal as the end-point. By manipulating the environment, your job is to get Petit to safety. Along the way, there are three lights scattered around each level that you can collect to boost your scores. These lights (or rather, stars) are important because they help to unlock new worlds. But getting all three lights is not easy in latter levels and will require some out-of-the-box thinking. 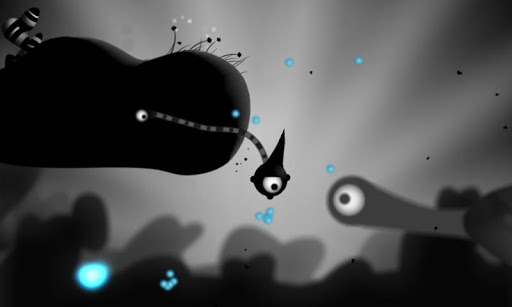 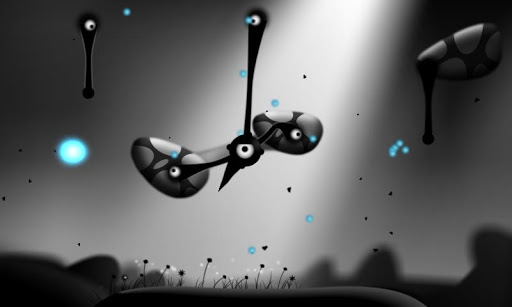 The environment in Contre Jour is manipulated using your fingers. At first, you start off by manipulating the ground using basic gravity principles. Then you get to use elastic and non-elastic strings. Progressively, new elements and enemies (such as thorns and monsters) are introduced to keep the gameplay fresh and turn up the difficulty by a notch. The game’s physics – in that how Petit reacts to gravity, elasticity and momentum – are all solid and consistent throughout the game.

The puzzles, as you would have already expected, start of easily and gradually get harder. The first world can be completed pretty easily, but by the time you get to the third world, things can get slightly frustrating. A lot of experimentation will be required later on as you figure out how to best combine the manipulatable objects in the game, and also timing becomes an important factor. Luckily, should you find a level too difficult to complete, you can click on the forward button in the in-game menu to skip it.

As with the previous game I reviewed, Splice, what makes Contre Jour stand out from other games in the same genre is its unique and calming audio-visual combination. The environment is dark and moody, and the music is relaxing. This allows you to enjoy the game not only for its inventive puzzles, but for its distinct aesthetic. Contre Jour’s setting is actually similar to World of Goo in this respect.

Contre Jour is a pretty solid puzzler. The puzzles have decent depth and variety, the graphics and sound are uniquely good and you get a lot of content for $1.99 (with no in-app purchases). However, I’m not sure it felt good enough to be worthy of being officially named the iPad game of the year for 2011. Maybe it’s because there’s nothing entirely groundbreaking about the gameplay. Still, it’s hard to find any other fault in the game and I recommend it irrespective of whether you’re a fan of puzzlers or not.