Rovio’s pig-centric physics-based puzzle game Bad Piggies looks like it will be getting a new content update soon or at least that is what the company is hinting at over on the Bad Piggies Twitter account. In a tweet earlier this morning, in true Rovio fashion, the company tweeted a teaser image regarding what looks to be an update called Road Hogs. 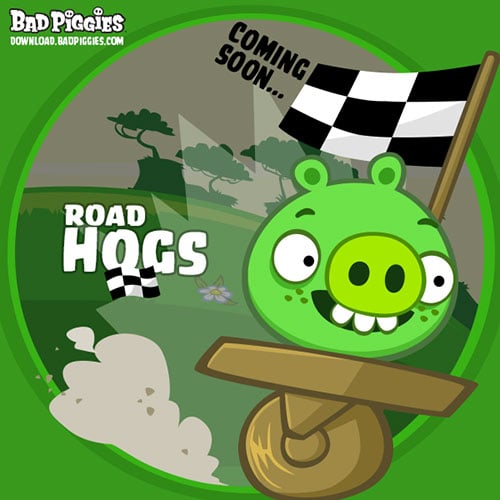 Unfortunately, details regarding this update and what all will come with it have yet to be announced. Same goes for any sort of release date as well since the image is simply labeled as ‘coming soon’. However, given the title and the fact the pig in the image is carrying a checkered flag, we can guess that this update will be racing themed.

When more details are released, we will post an update for everyone.