Editorial: Concerns about The Conduit HD coming to Android

I find the news of High Voltage’s award-winning Wii shooter, The Conduit, coming to the Tegra Zone to be concerning. For a few reasons, actually. Porting Wii games to mobile devices isn’t anything new, but it’s a little worrying in the Conduit’s case.

Wii shooters weren’t known for playing well, but neither are mobile shooters (for all but the hardest of hardcore mobile-gamers, an oxymoron to those outside our sect). The disparity between the Wii’s motion controls – especially a Wii FPS – and those used on a touch screen is hard to overlook. 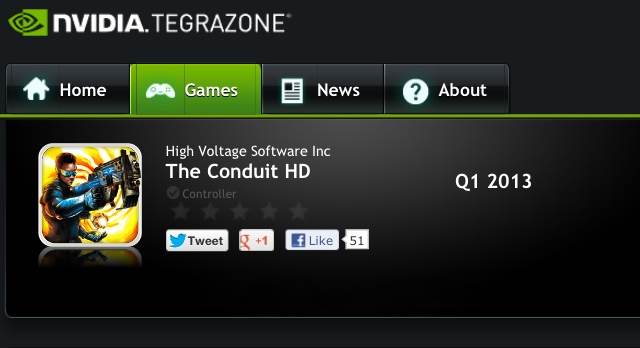 When implemented thoughtfully, mobile shooters can provide a good experience – Dead Space is a great example (Mass Effect Infiltrator less so). Unfortunately, the implementations that I see most often are the dual stick setup, where two discs (emulating a controller’s thumbsticks) are used to move and fire, and the second method, where the left side is used for movement and the right side used for aiming and shooting (or some combination of the two). Neither control method is ideal, and they’re certainly not helped by, in the words of Tom Bissell, “the inevitable accumulation of sebaceous oils.”

There are positive examples of Wii games ported to Android, just look at Zombie Panic in Wonderland PLUS. ZPiW was a WiiWare game originally, before being ported to Android and iOS. That game leverages the use of the accelerometer – which the Wii and most Android devices share – to control movement, a substitute for the Wii’s Nunchuk and uses a fingertip in place of a Wiimote-aimed reticule. Though The Conduit HD and Zombie Panic in Wonderland PLUS have very little in common, ZPiW is a better fit for mobile devices because nothing about the experience feels lost in translation; it plays differently, but just as well. 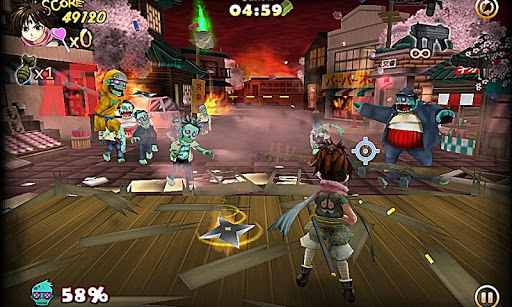 I’m sure that The Conduit HD will be a competent port, but it’s role as a marquee shooter on the Wii – a genre that console was lacking – doesn’t transfer. There isn’t a dearth of first person shooters on Android – and I have yet to play one that really feels like it belongs on a touchscreen. Though The Conduit HD’s description touts “Pick-Up and Play Accessibility” and “Unparalleled Customization”, like the majority of other Tegra-exclusive games, I can’t see The Conduit HD being much more than another graphical showcase.

(Note: the game supports the GameStop wireless controller, but that’s the easy way out. It should be solving those problems, not putting a Band-Aid over them)