Spider: Secret of Bryce Manor is a little bit of everything in one game

There is an interesting new game out on Google Play called Spider: Secret of Bryce Manor. This game, which was developed by Tiger Style, blends an adventure game with that of an action-puzzle title to form a rather unique hybrid of a game. In this game, you’ll be playing as a rather inquisitive spider who, while trying to get himself a meal, stumbles onto an abandon mansion.

Players will be controlling their little spider as they work their way through the abandon mansion, trying to find out who used to live there and where they had gone. While trying to solve the mysteries behind Bryce Manor, you’ll need to also keep yourself fed. You will be building webs yourself, crating your own style of webbing, in order to catch a few flies and other tasty treats. 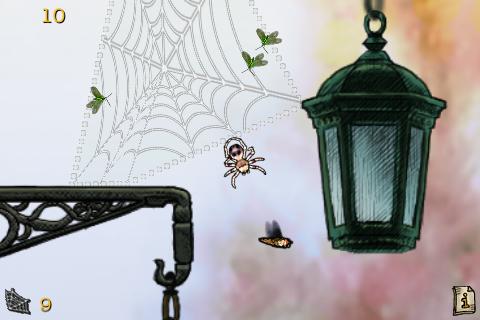 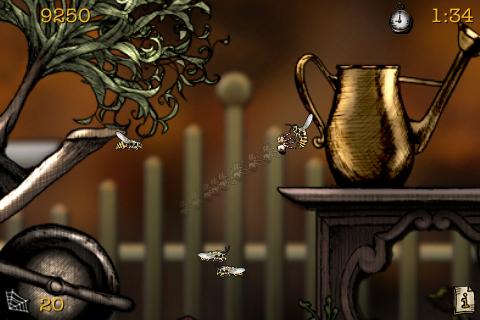 – Touch to walk, swipe to jump, and build webs by drawing shapes in the environment.
– Powerful, intuitive controls; easy to pick up, challenging to master.
– 38 beautifully hand-illustrated levels to explore
– Hunt your insect prey, leaving Bryce Manor covered in cobwebs!
– Search for family secrets in the shadowy basement, beneath the floorboards, and in the darkest corners.
– Use instinct and guile to track down an assortment of tasty insects.
– Tackle hornets, herd mosquitoes, stun dragonflies, attract moths with light, and more!
– Plan your meals wisely! Run out of silk and risk your demise.
– 4 game modes offer limitless depth: race against time in Feeding Frenzy, solve the puzzles of Precision, and survive the intensity of Hunger Mode.
– Earn 48 challenging Achievements including Linebacker, Gaping Maw, and One Fell Stroke.
– Compete with the world on the Spider global leaderboards. Spin together massive combos to get the highest score!
– Use Facebook Connect to share stories and compare high scores with your friends!
– Enjoy the delicious Spider soundtrack, or listen from your own music library.

Spider: Secret of Bryce Manor is a pretty unique combination of genres rolled into one title. It makes for a very enjoyable type of gaming where you’ll be finding clues and solving mysteries but not getting bored doing that since you can make webs, catch flies and do other action-based gameplay.

If you’re interested in checking out this game, Spider: Secret of Bryce Manor can be downloaded off of Google Play for $1.99.