Hero of Many Review – An abstract, beautiful and captivating underwater atmospheric adventure game

When I first saw the trailer for Hero of Many about a month ago, a debut game from Czech-based Trickster Arts, I knew it was going to be a special game. The art style and soundtrack seemed to gel really well, and the gameplay seemed intriguing to say the least. Now, fast forward a month, I’ve completed the game and I must say it has been a delightful experience playing this.

Hero of Many is, at its very core, a game that requires you to go by your intuition. Here, you assume the role of a white-colored crystal that sets out on a journey to rescue its friends and defeat its foes. There is no explanation of what this is, what that does or where to go next. You’ll need to figure out everything by yourself, via a combination of exploration, trial-and-error and some good ol’ wits. At certain junctures, it may seem like you’re at a dead end, but my advice is to persevere, as it’d feel satisfying once you’ve completed the level. 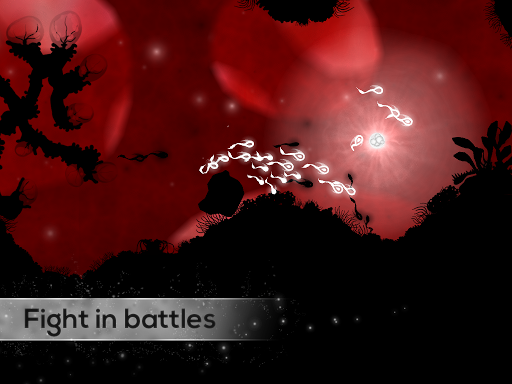 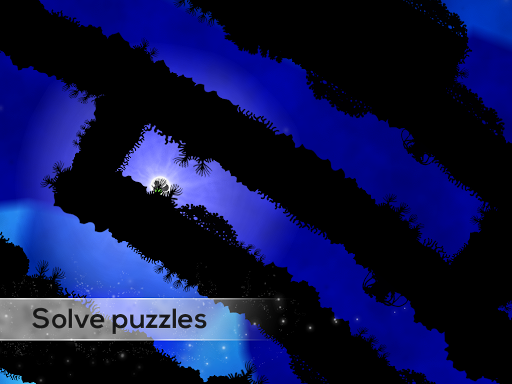 Right from the beginning, you’re thrown into the deep end, having to ward off enemies. In one of the earlier levels, you’d come across a swarm of enemies, and naturally you’ll try to fight them off. However, your numbers are small, and after some tries you realize you will not be able to defeat the enemy. So… what you do instead is you swim past them and then what can only be described as “an epic highspeed underwater chase” ensues.

The thing about the combat mechanics in Hero of Many is that your strength lies in numbers. On a few occasions, when you reach the end of a level, you’d realize that you are short on numbers so you’d have to restart and be sure to keep as many of the members of your swarm alive this time. Numbers alone won’t help though, so you have to master the game’s attack controls and use the special abilities that you gain along the way to your advantage.

The game’s art-style, together with its soundtrack, is definitely its biggest draw. The silhouetted visuals that forms the foreground has somewhat become a commonplace after the success of Limbo, but here it manages to stay fresh, and together with an out-of-focus background (which come in four distinct colors), this forms an appealing visual theme. The system of underwater caves are extensive, the flora sometimes eerie and other times magnificently illustrated, and the creatures are exquisitely imagined, especially the white-colored fishy-looking members of your swarm. 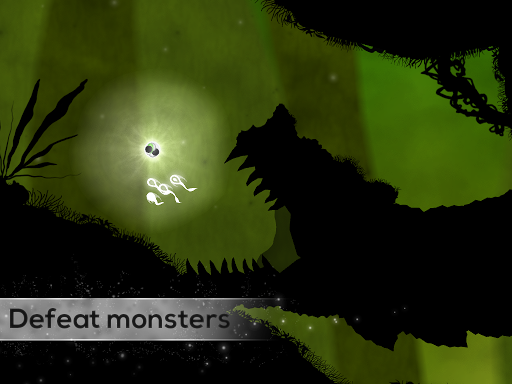 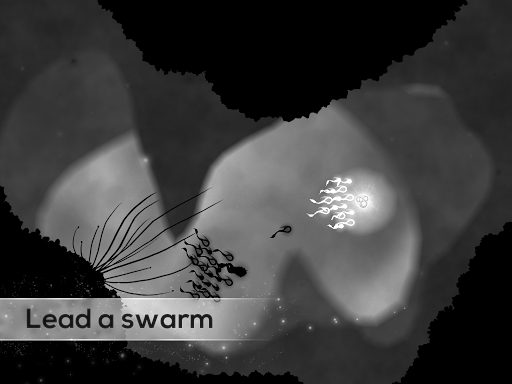 Meanwhile, the soundtrack here is top-drawer stuff. It almost is reminiscent of the scores of Hollywood blockbusters created by renowned composers. Where necessary, the soundtrack is soothing and mellow, and once the heat turns up, so does the intensity of the soundtrack. My one small complaint regarding the soundtrack is the way it has been scripted. As you move around, the soundtrack can abruptly change depending on where you move, and some of the tracks are short so it kinda distracts from the experience when it restarts all over with no fade-in, fade-out effect.

While the controls sound good on paper, I found this to be the weakest part of the game. On my 10-inch tablet at least, the movement controls seemed very awkward. This is because you’ll be holding all parts of the screen to move to your intended location. After extended sessions with the game, I could feel my wrists hurting. This doesn’t usually happen with other games. I imagine with phones or 7-inch tablets, the problem won’t be as acute as this. Either way, you will get used to it, but it is nevertheless something that could be worked on in a future update.

Hero of Many has some other minor flaws. One is that whenever the game saves at a checkpoint, it freezes for a few seconds. It would be better if this is saved in the background instead. Another is that you cannot skip past cut-scenes. This can be frustrating as you restart from a checkpoint many times and have to sit through the same 30 seconds of cut-scene each time you play.

Hero of Many may have some flaws that hold it back from perfection, and a story that may at the end of the day be too abstract to comprehend, but it is nevertheless an intriguing and beautiful atmospheric adventure game with lots of exploration to do and environmental puzzles to solve, not to mention some pretty badass deep-sea creatures to defeat. Arguably, the thing I liked most about the game is that you go by intuition, and your hands aren’t held with tutorials, hints and the likes of it.

Combined with the absolutely stunning and epic soundtrack as well as the distinctive art style, this is a game that delivers a unique experience and is a welcome change of pace from the mobile games we’re fed with these days. Heck, when the credits rolled at the end, I felt sad that my adventure in the depths of the ocean was complete. With zero IAPs to boot an a campaign that took me roughly 10 hours to complete, this is, on my part, an easily recommended purchase.