News like this doesn’t happen often these days and actually it is usually the opposite when it comes to a game developer changing their business model for their upcoming game. Usually we have to report that a game originally planned as a paid game has gone to the free-to-play model. However today we get to report some very good news regarding Robert Bowling’s upcoming tactical warfare game Breach & Clear.

Breach & Clear is a tactical warfare game with highly details 3D visuals and some pretty entertaining looking gameplay that Robert Bowling, Gun Media and Mighty Rabbit are working on. In this game players will be controlling a squad of four special ops soldiers through different infiltration missions that have different objectives to complete. Additional details have been released and here is what we can expect to see in Breach & Clear:

– Build your team from the ground up like never before
– Customize your loadout, your weapon and your team to create the most efficient force it can be
– Guide your team with intuitive controls as you take on some of the most dangerous scenarios available with design input by real members of special operations
– Take on hardened enemy positions and increasingly complex missions and levels
– Unlock and equip the very best that the special operations community has to offer from real world rifles and equipment to units from around the US and abroad 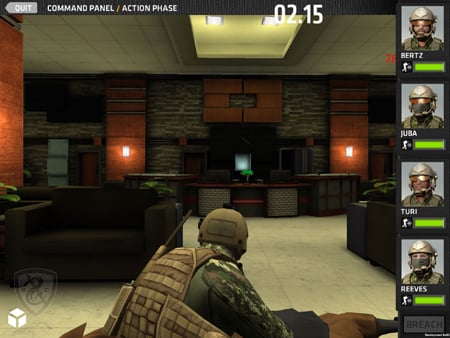 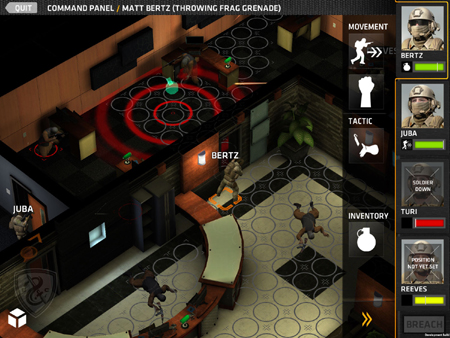 Since this is a tactical game, everything is done using a turn-based style of gameplay. Troop selection and issuing of commands for your troops is handled through the UI on the right side of the screen and players will also be able to switch between third-person and an overhead viewpoint as you can see in the screenshots above.

This game was originally slated for release in the Spring of this year but was pushed back a bit to allow for further polishing of the game. Breach & Clear was originally slated to be a free-to-play game but Robert Bowling, who is the game’s producer, has announced that the decision was made to make it a full paid game instead in order to not compromise the title’s gameplay.

Our focus is entirely on gameplay and as we got further into development, we kept having to make tough choices between gameplay and free-to-play. Ultimately, we decided, to deliver the best Breach & Clear experience to our audience, we would need to make all of these features available upfront with the purchase of the game. – Robert Bowling 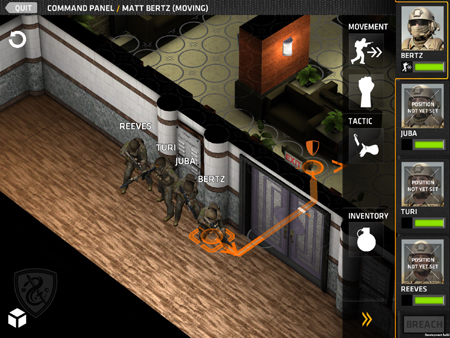 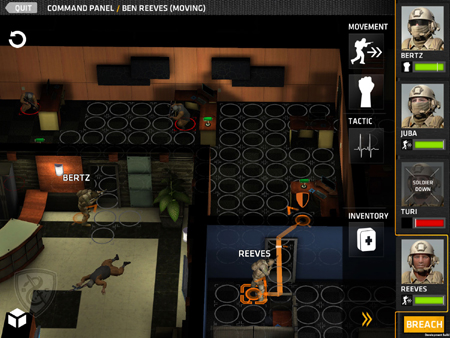 Plenty of games work just fine using the free-to-play business model as much as people like to hate on this sort of revenue generation that has become extremely popular with mobile developers. But deliberately altering the gameplay to fit that business model is a risky move and can actually be very detrimental to a game’s success. It is great to see that even though a game like Breach & Clear could probably make more money doing the free-to-play business model that the developers have decided to not risk screwing the gameplay and overall game’s experience up by making too many adjustments just so it can be free-to-play.

Instead, when Breach & Clear launches, you will be able to pick up the entire game for $3.99. As for when the game’s actual launch is, Breach & Clear is still slated for release at some point this Summer. Also, if you want to read up more in-depth on the game, the official website has finally opened up with plenty of extra information to check out.