Sega finally gets around to releasing Crazy Taxi onto Google Play

It has been quite awhile since we last talked about Sega’s popular Dreamcast game Crazy Taxi and the fact it was going to be coming to Android in the near future. Unfortunately ‘the near future’ became quite a few months as the original story was posted back in October of last year. However, Sega has quietly released the game finally onto Google Play today.

For those of you not familiar with this Dreamcast classic, Crazy Taxi has players driving around, usually like a maniac through the streets, picking up fares and getting them to their destination as fast and efficiently as possible. You also have to keep them somewhat happy as well. 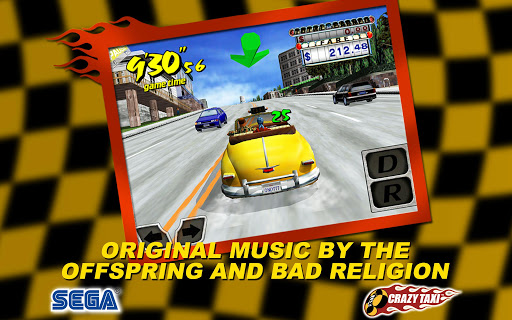 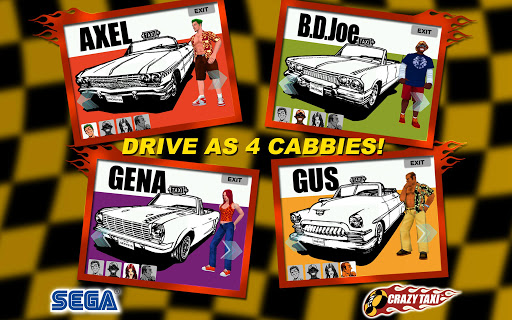 – Remastered for mobile devices based on the hugely popular Dreamcast Classic
– Rock out to original music by The Offspring and Bad Religion
– Extra large hills for extra long hang time
– Parked transporters with conveniently angled ramps
– Occasional deep sea exploration opportunities
– Choose from 3, 5 or 10 minute game play in Arcade Mode and Original Mode
– Play in touch or tilt control modes
– Continue the madness with 16 Mini games
– Listen to tracks from your own music playlist
– Universal Build – Buy once and play across multiple devices
– Controller Support – Play with your Power A Moga, Xbox, and all HID controllers

One really interesting feature with this game is the fact that Sega has worked on it to be more mobile friendly, not just with the controls but with the actual gameplay itself. You can play 3, 5, or 10 minute game matches in Arcade and Original mode. This makes it perfect for killing any free time you might have.

We pretty much don’t need to go into why you should want to play this game, only that if you know Crazy Taxi, you should already be downloading it. If you want a copy, you’ll need to drop $4.99 on it. You can see the game in action in the video above.