Red Robot Labs are the folks behind the rather unique location-based MMORPG Life is Magic. The company has released a new game onto Android called Friendly Fire! which is a more comical tower defense game similar in style (visually that is) to other games like Great Big War Game. Mainly thanks to the comic style the art has in-game.

Friendly Fire! actually doesn’t have friendly fire in it. Instead you’ll be defending your base from invading forces using a variety of towers. However this game takes the tower defense genre to a whole new level as locations within the game are actually also real-life ones. You’ll also be able to play against other players who choose to attack your city. 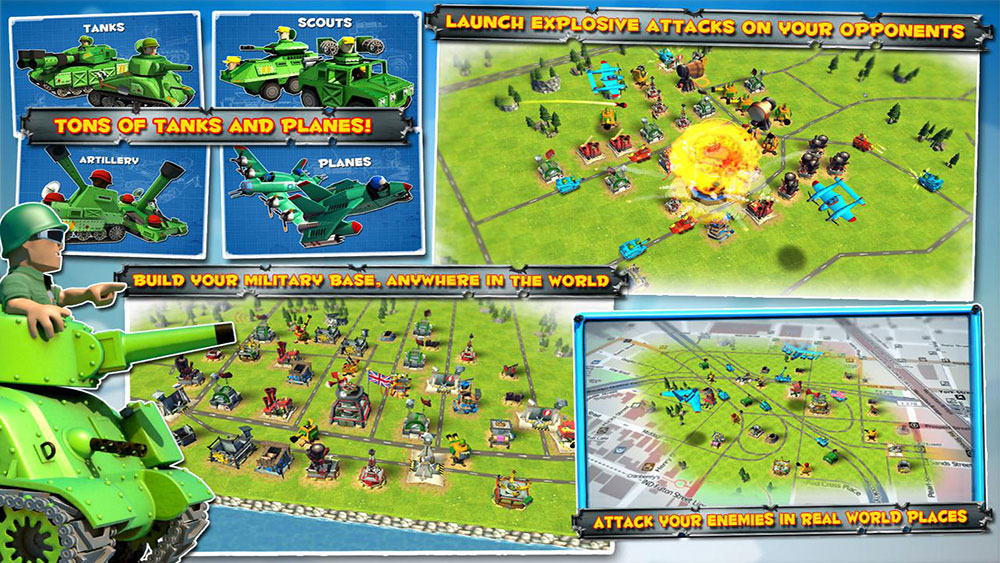 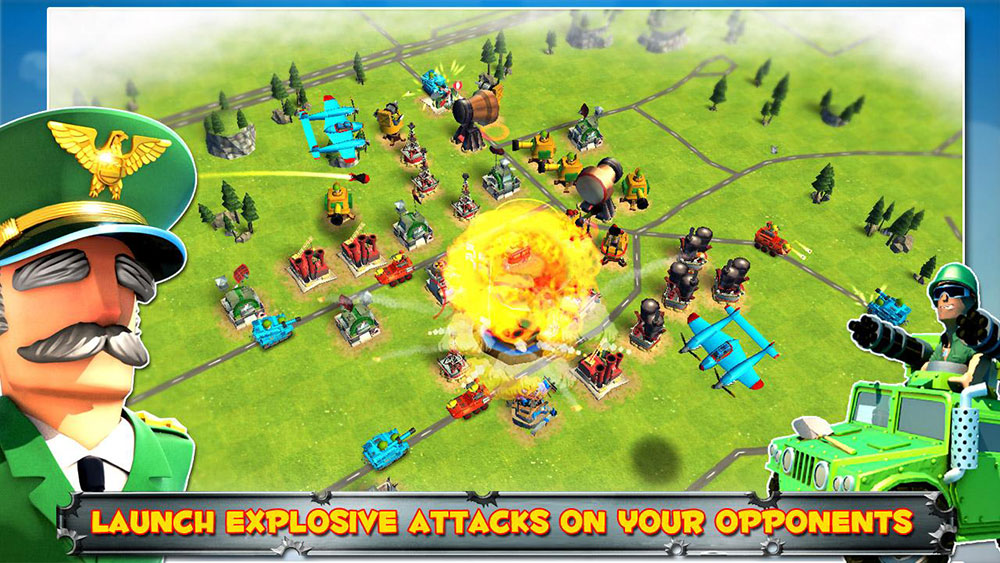 – Real-world places: The game is truly global. Friendly Fire! will allow you to build your headquarters right in your own hometown!
– Weapons of destruction: Build tanks, scouts, artillery, and aircraft to defeat your rivals.
– Power-ups: Earn power-ups in battle to increase damage, hit points, and much more!
-Friendly Fire works on tablets!

You won’t just have towers either but tanks and air support also. There are both local and worldwide leaderboards to compete in once you get good at Friendly Fire!. For those of you looking for a bit deeper of a Tower Defense game to get into, Friendly Fire! is available for download off of Google Play for free.