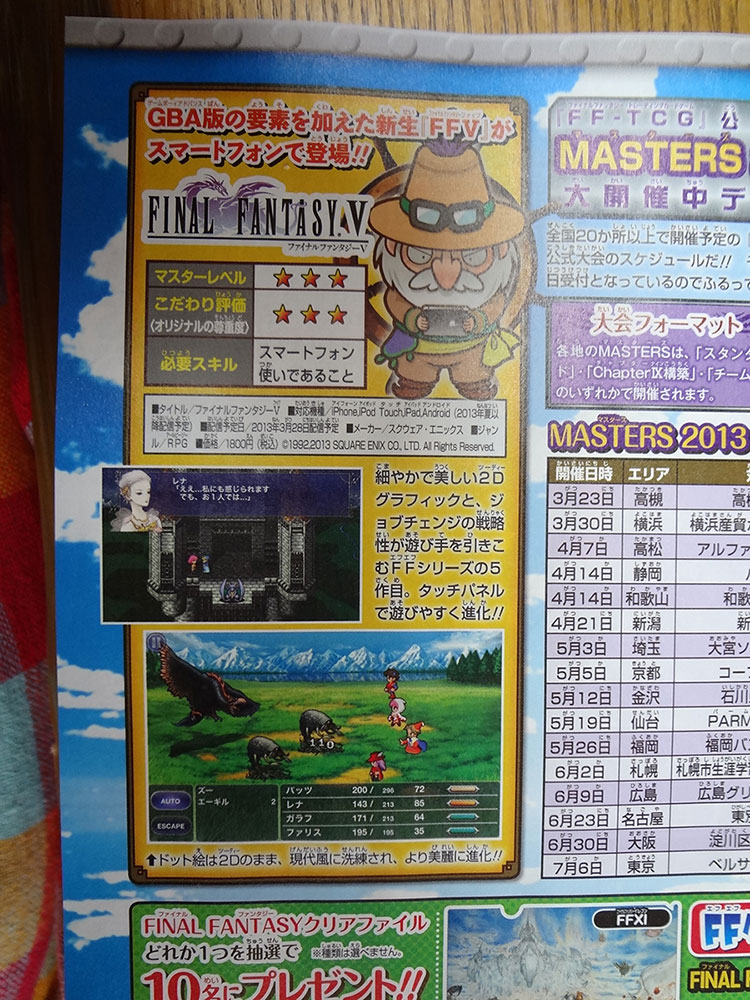 As for pricing, the ad in the Japanese magazine has Final Fantasy V priced at 1,800 yen, which is about $19.00 in US dollars using a straight currency exchange. While this price is completely feasible when talking about Square Enix and how they price their Final Fantasy games, it will probably end up being more along the lines of $15. Either way we shall see when September 26th, 2013 comes.

In the meantime, word is that to celebrate this game’s upcoming release, Square Enix has put Final Fantasy IV on sale for $10.99 which is $5 off the normal price.

Thanks to Juan P. for the tip!