Razer’s aim with this Android console is to bring an affordable solution to the masses who want to play Android and PC games on their big screens. The reason we keep including PC games when talking about Forge TV is because of the inclusion of their PC game streaming service (the Razer Cortex: Stream) which allows for just about any PC game to be streamed to your big screen without the requirement of having special software or hardware on your PC.

Forge TV was designed by the same team that developed and designed Razer’s Blade gaming notebooks. Hardware specs include a Qualcomm Snapdragon 805 teamed up with an Adreno 420 GPU, 16GB of internal storage, and 2GB of RAM. It also comes with the ability to connect online either through Wi-Fi or through a hardline via the Gigabit Ethernet port. Between Razer’s Cortex: Stream service, Android TV and Google Cast support, the Forge TV can stream pretty much anything from your PC to your big screen. As for its size, the Forge TV is a pretty small and thin square. 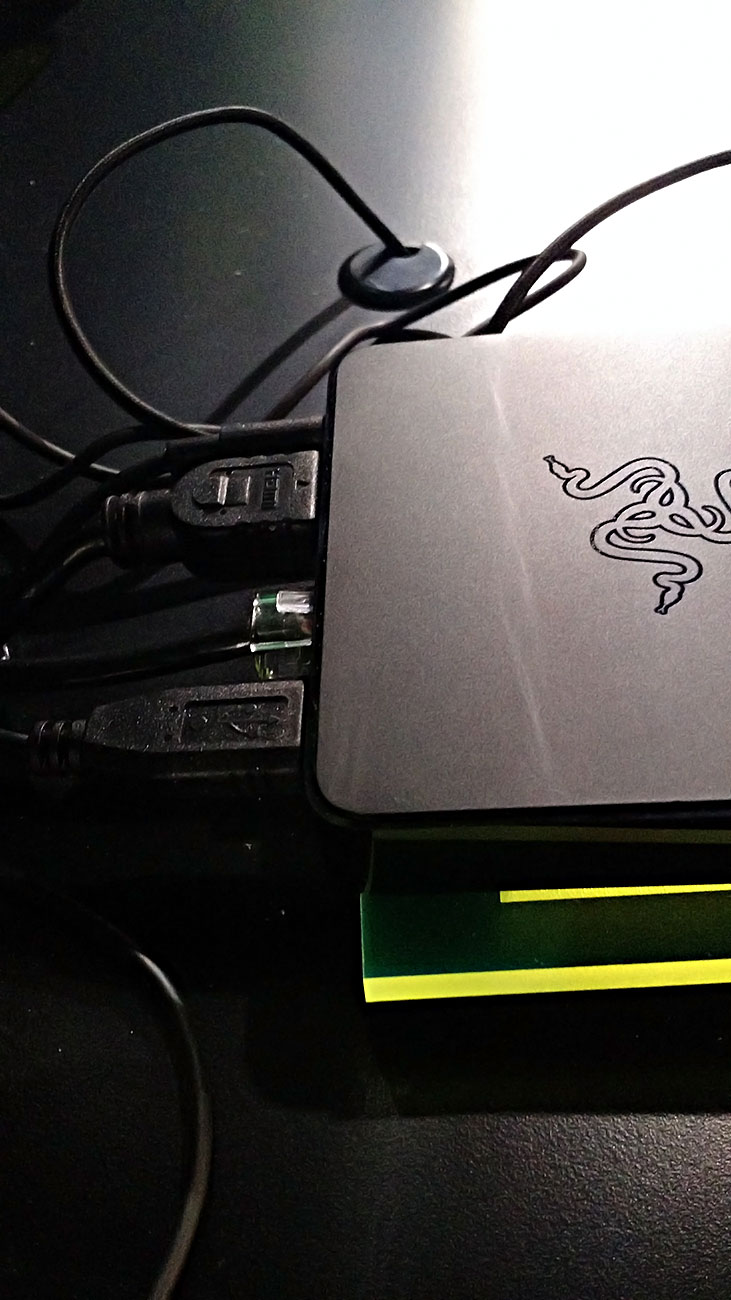 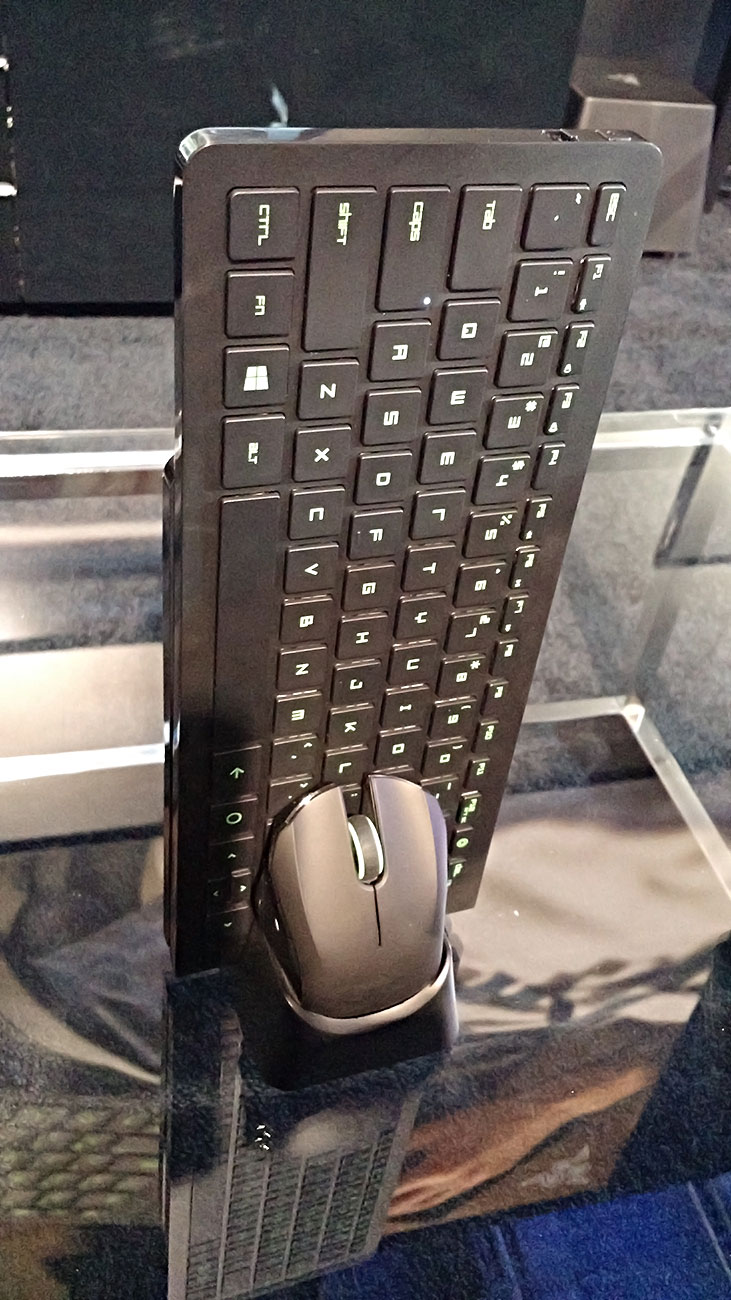 Even though you can purchase a Forge TV with a controller as a bundle, it can actually handle up to four controllers at once. The Serval controller isn’t just made for the console but for mobile gaming in general on Android. It was designed by the same crew that developed Razer’s Sabretooth Xbox controllers so quality is pretty high and you can feel it when you’re using one to play games. In total the Serval controller has four action buttons, two thumb sticks, and trigger and bumper buttons. It also comes with a holder that you can clip on which then acts as a holder for your Android phone. 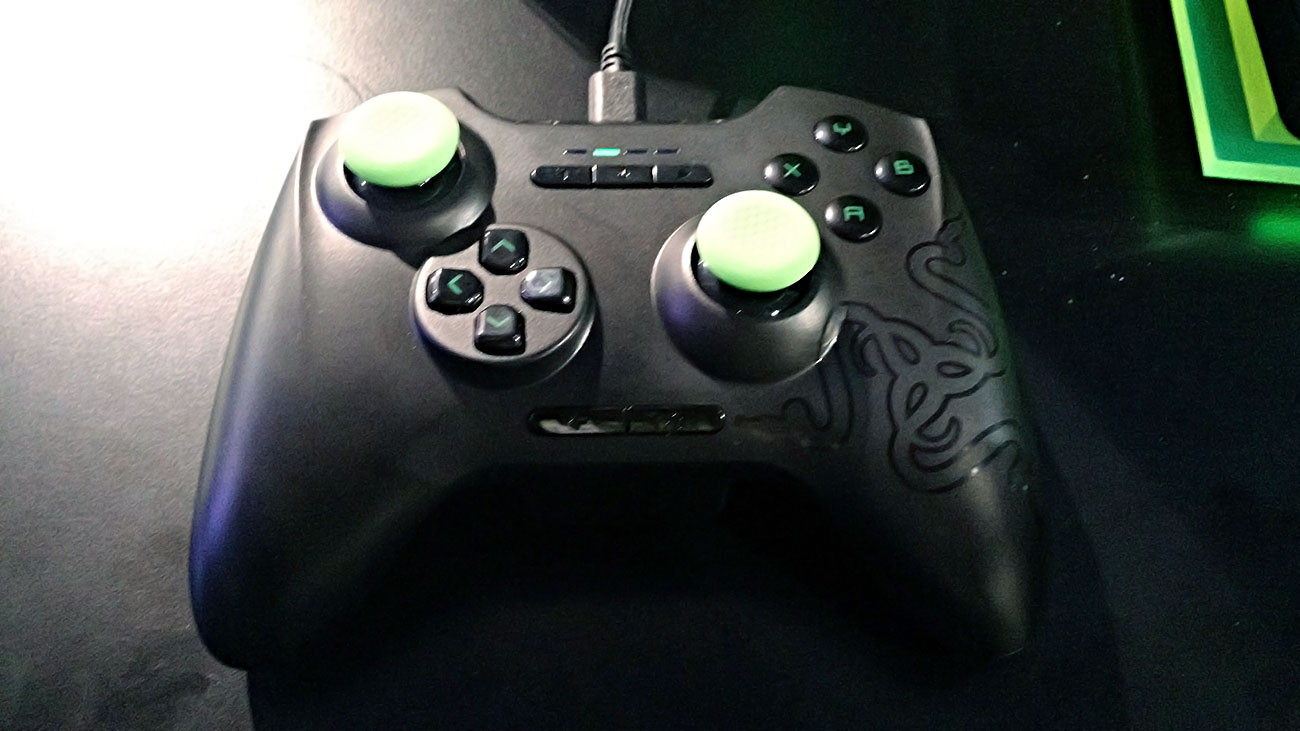 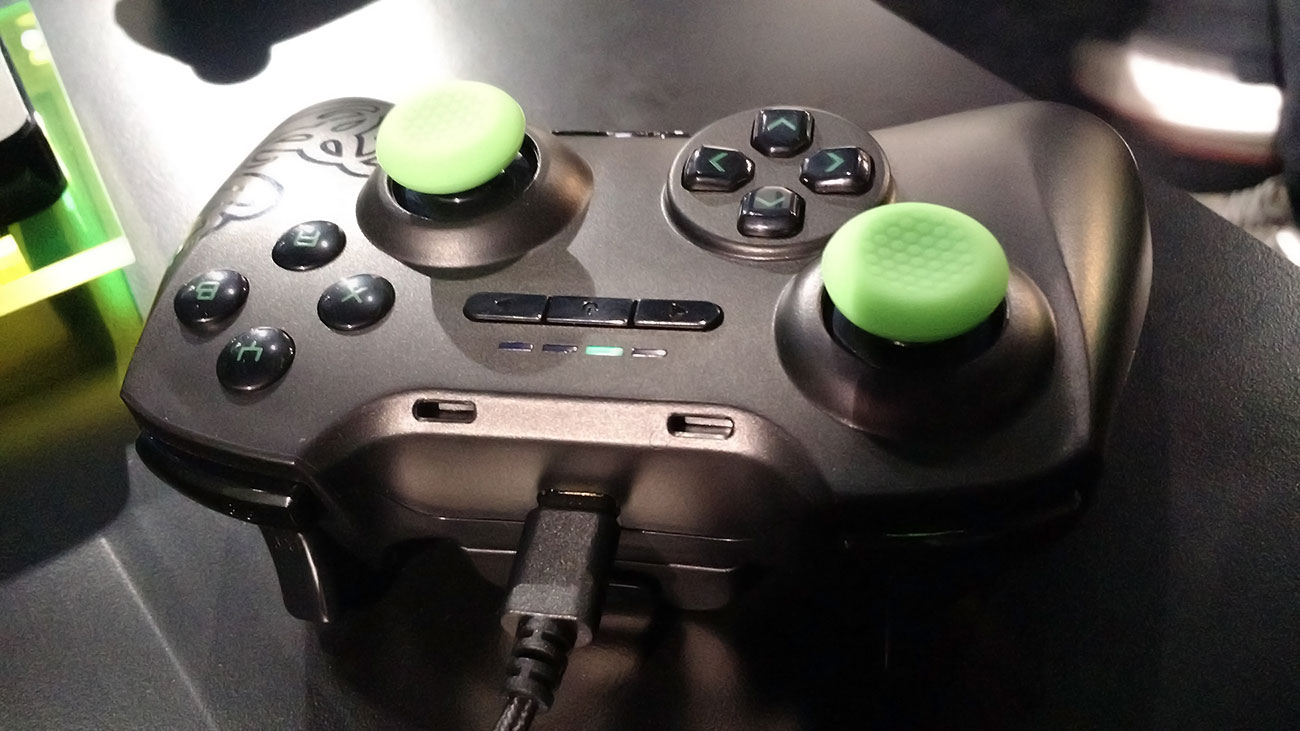 Razer’s new Turret Lapboard and mouse combo is a pretty interesting addition as well. Both are fully mobile and connect through Bluetooth as well as using a wireless connection running at 2.4Ghz. The keyboard is a full gaming keyboard with a mouse pad that folds out of it. The mouse runs at 3500dpi and since the Lapboard is designed to be used while sitting on your lap, there is a pretty smart feature that Razer included with this mouse. Since you more than likely won’t be huddled over your keyboard, to stop the mouse from sliding off the mouse pad while you’re on the couch, there are two small magnets underneath which prevent it from sliding off up to a fairly good angle. 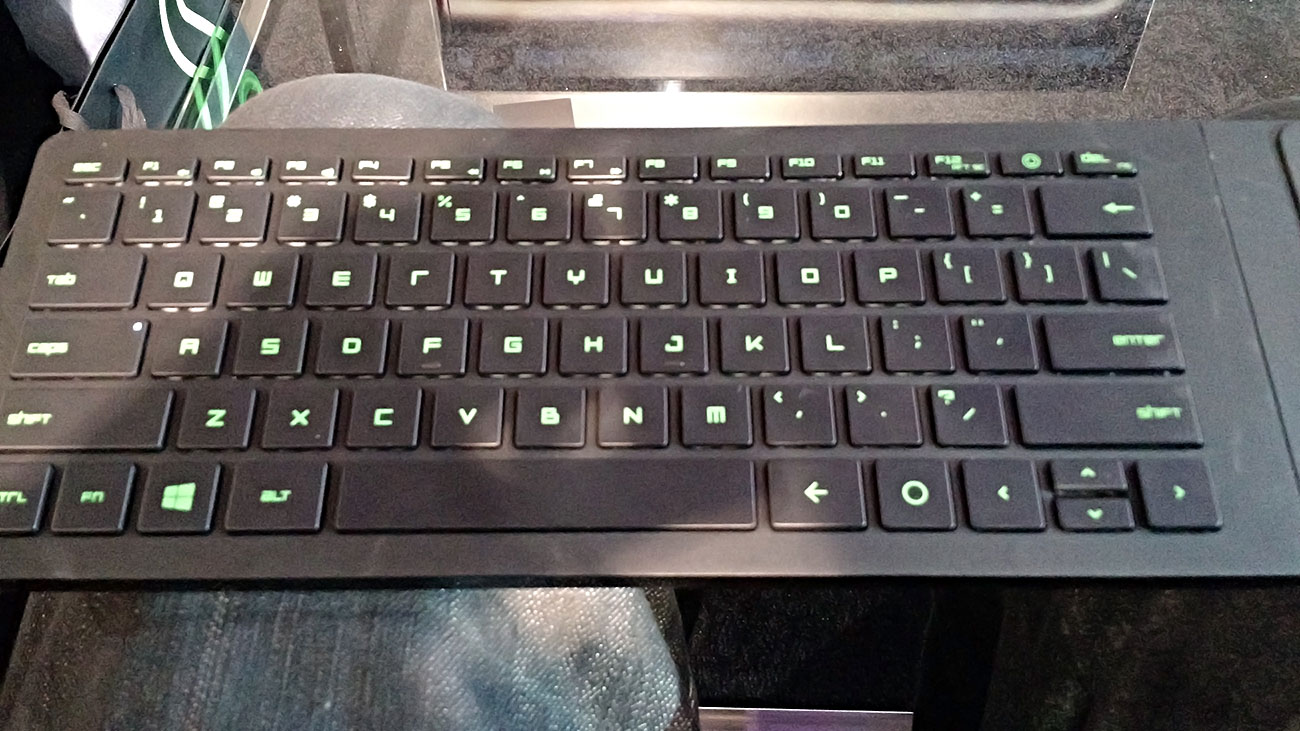 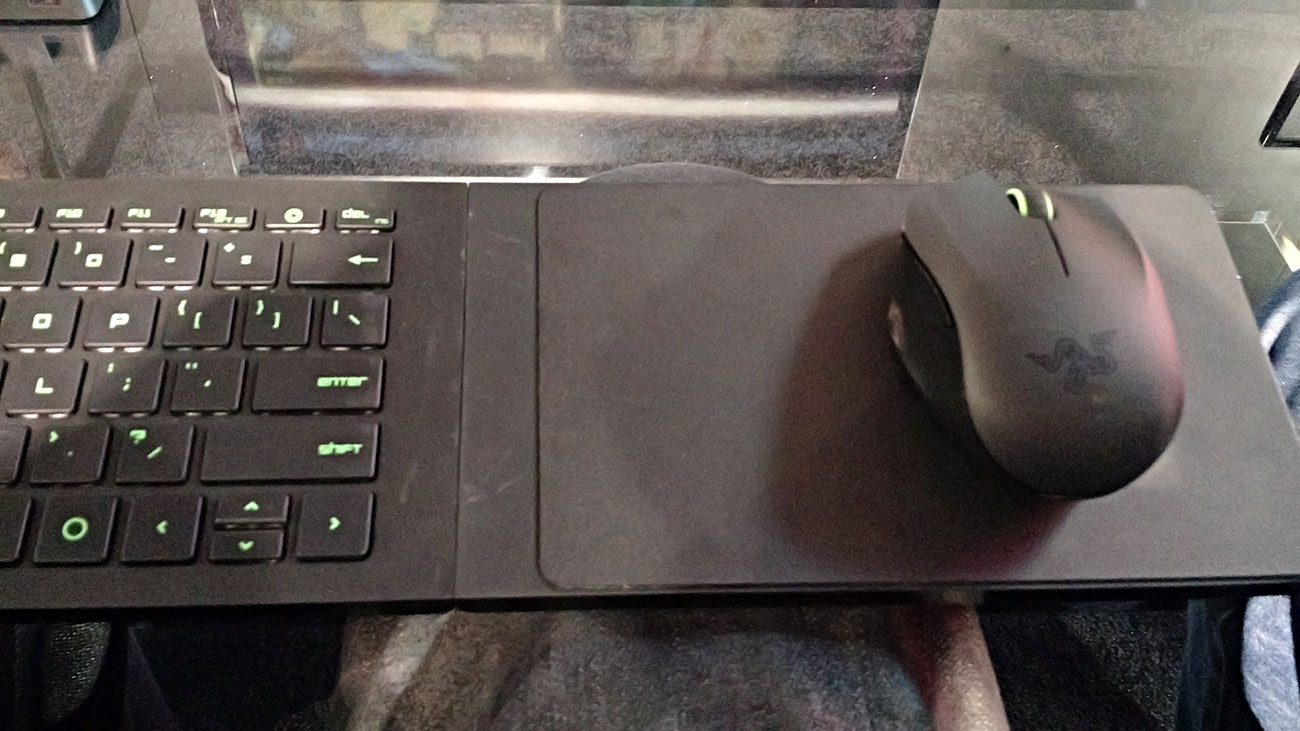 The entire set-up runs really smooth, whether playing an Android game or a PC one. Connecting any of the peripherals was pretty simple and the controller felt quite good, and it should considered the people who designed it. The most impressive part of the peripherals announced is definitely the Turret Lapboard and mouse combo. The Lapboard felt sturdy, the mouse didn’t slide at all even when I lifted the board to what looked like a 25 degree angle. When you are not using the Lapboard and mouse, the Lapboard folds up and both devices sit in a dock which charges them. According to Razer, the mouse has a 40 hours life span on a full charge and the Lapboard apparently has a 4 month life span on one full charge if you are playing 5 hours a day. 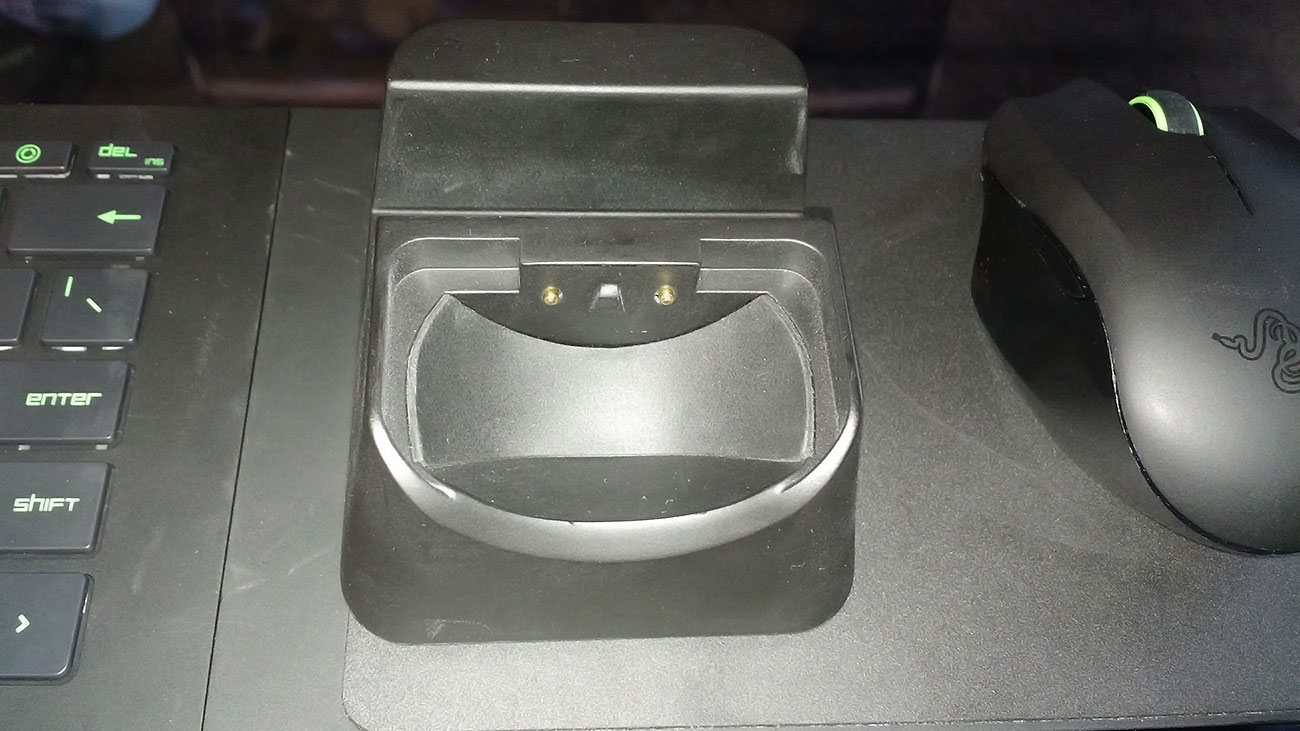 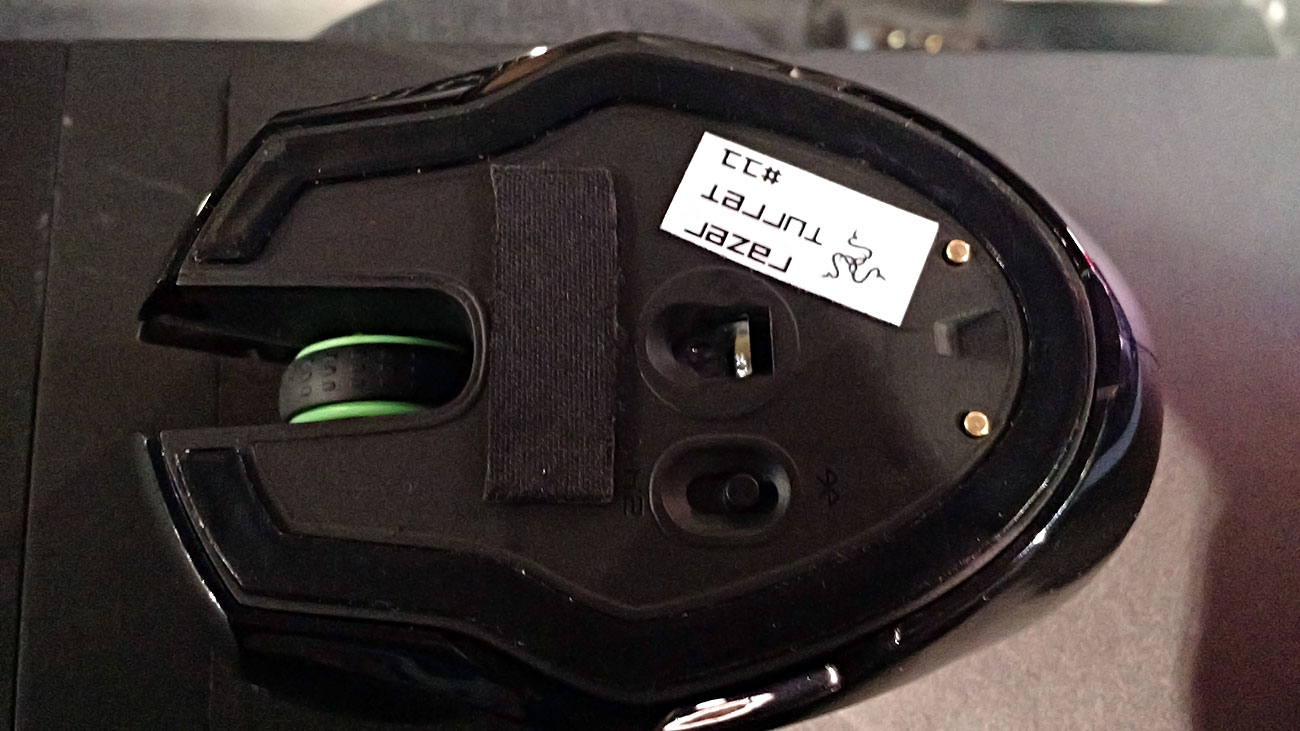 Forge TV ran smoothly and any game displayed looked real good which was actually pretty impressive considering the size of this console. Of course all of this is simply just an initial impression after playing with all of these devices for a short period of time while at the Razer booth at CES. While the entire set-up does feel very promising, and certainly beats out other set-top boxes like Amazon’s Fire TV, we will do a more thorough review once we get all of these in our hands for a much longer time period.

The good news is that price-wise the Forge TV only costs $99. If you want to buy one bundled with a Serval controller then it will run you $149. Razer Cortex: Stream is free and will be released in beta in Q2 2015 and is included when you purchase the Forge TV. Availability of the Forge TV will be Q1 2015, Serval controller will also be Q1 2015 with a price tag of $79.99 if you buy one separately. The Turret Lapboard and mouse won’t be available till Q2 2015 and will cost $129.99.

All images are available in a much larger size by right-click and choosing view image.