The OBox is an interesting concept in some ways – a modular upgradable game console that runs the Android OS. Unlike previous micro-consoles that have been released, the OBox isn’t locked with the hardware it comes with and it certainly isn’t even a ‘micro’ console either. In terms of size, it pretty much weighs in at the same size as an Xbox 360 in pretty much every dimension from height to thickness. As mentioned in the original announcement article, the OBox will have various hardware configurations that you can choose from when getting ready to purchase one. Down the road, should one of the hardware parts get outdated, you can pull it out and replace it with something new. 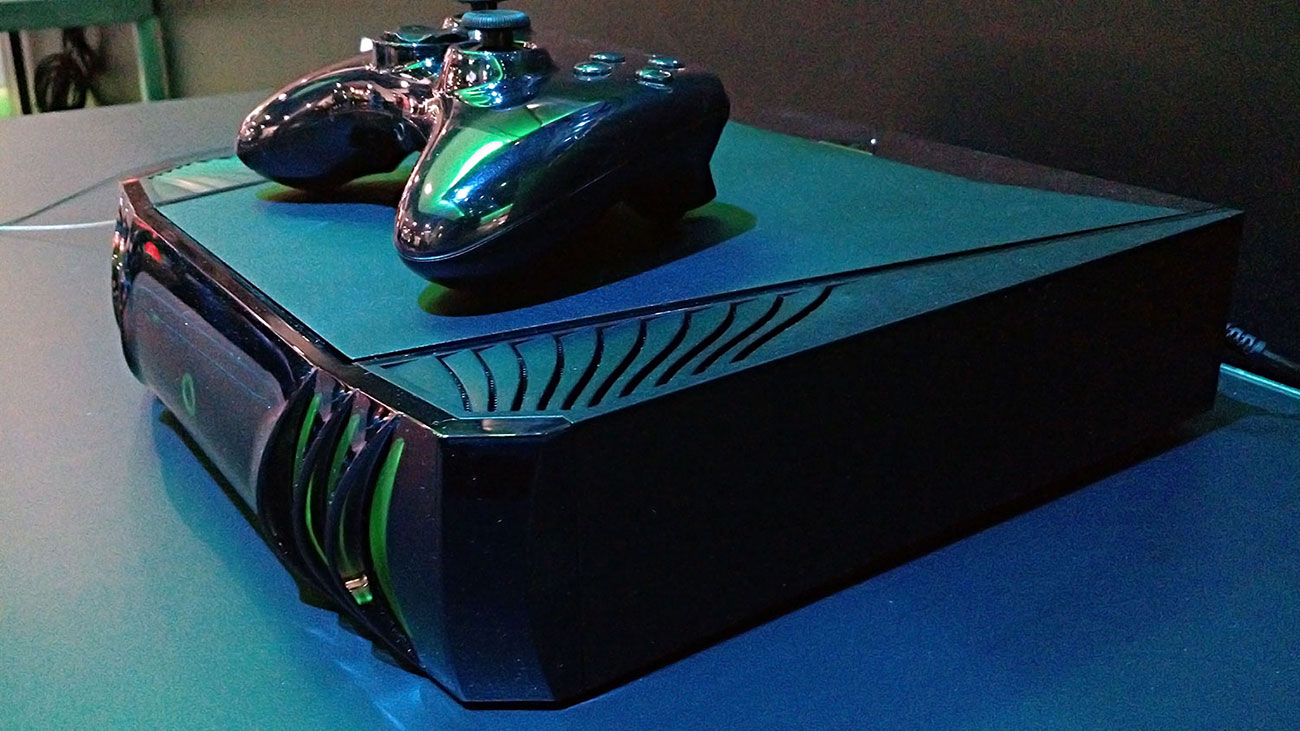 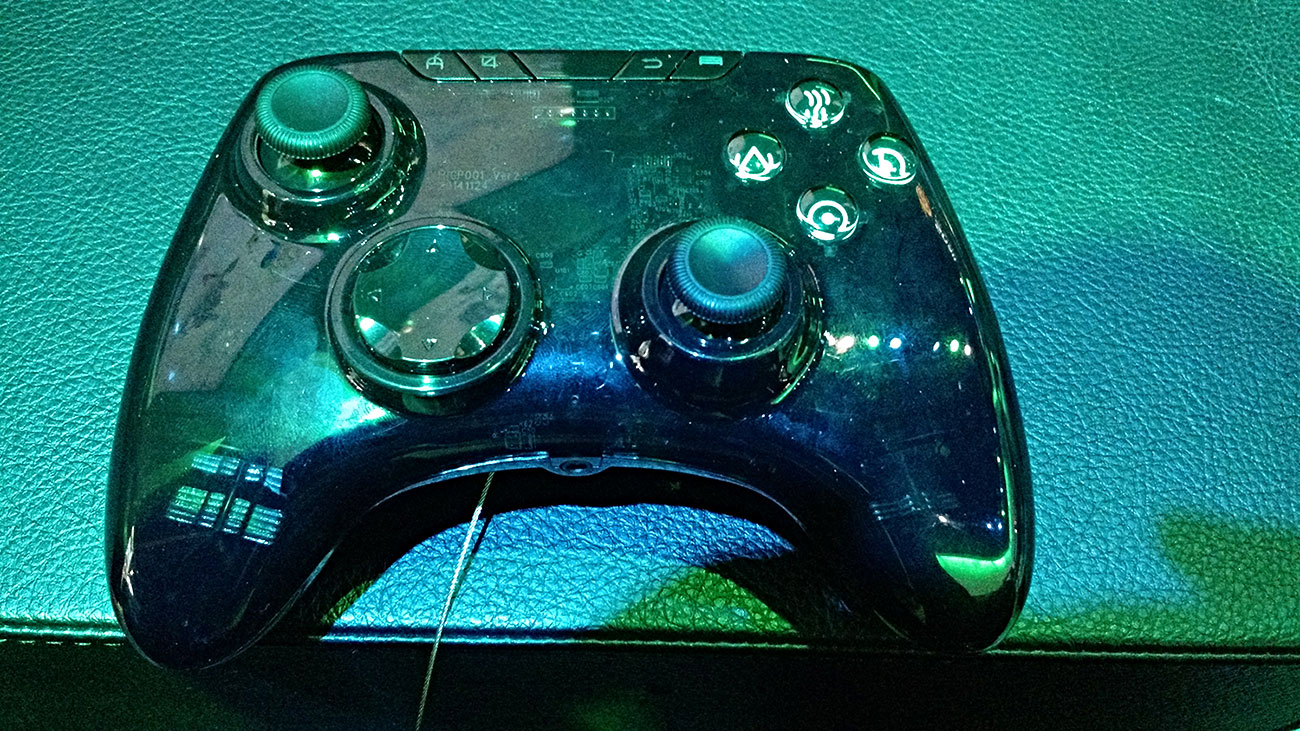 Hardware specs include a Tegra K1 chipset although it has also been mentioned that two different chipset options may be available to choose from, the Tegra K1 is so far the only confirmed one, 4GB of RAM, four different hard drive options ranging from 500GB to 4TB in size, and different port configurations in the back for your USB 2.0/3.0 ports, HDMI, Ethernet, and so on. As for software, one of the big questions people had when we first announced the OBox was whether or not it would come with Google Play.

Well Google Play will in fact be available on the OBox at launch. On top of that, Snail Games will have their own marketplace where games that they developer/publish will be available as well as Tegra Zone. Those games will be exclusive to the OBox, but not all of them. We got to try out Age of Wushu, the company’s MMORPG for PC that they published but this was an early build and is actually a separate title from the PC game. Even for an early version of the game it looked real good. You can check out some gameplay of Age of Wushu in the video at the bottom. 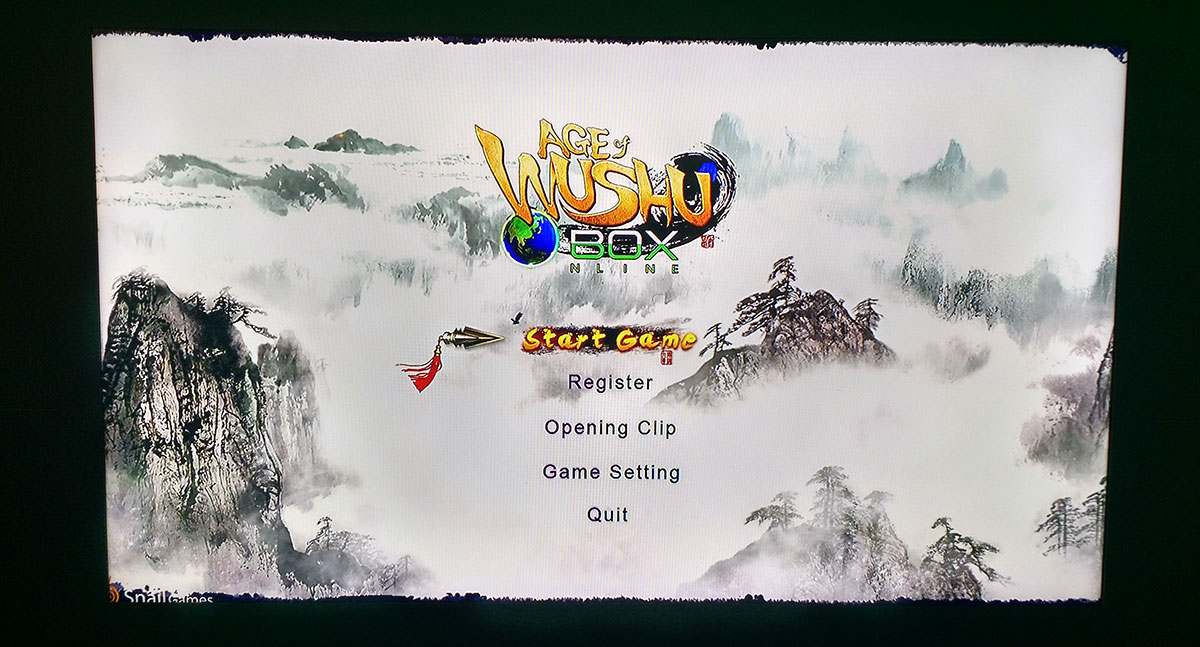 Another game we tried out was Taichi Panda which is a game we talked about back in November 2014 that is heading to Android. Actually we found out that it should be launching this month on Google Play while talking to one of Snail Games’ Publishing Producers while at their booth. Taichi Panda was actually quite enjoyable to play on the OBox and both games looked real good on the big screen in front of us.

The controller that comes with the OBox feels like your standard game controller. There was no lag or anything like that between the input on the controller and the action happening on the screen. The buttons and joysticks felt good but the D-Pad could use a little tweaking in the design and how it feels when using it. Even so, things will most likely improve with the controller before a final product pushes out to market. If you don’t want to play games on it at any particular time, you can always run your media applications of choice on it as well and the controller can be switched to mouse mode. 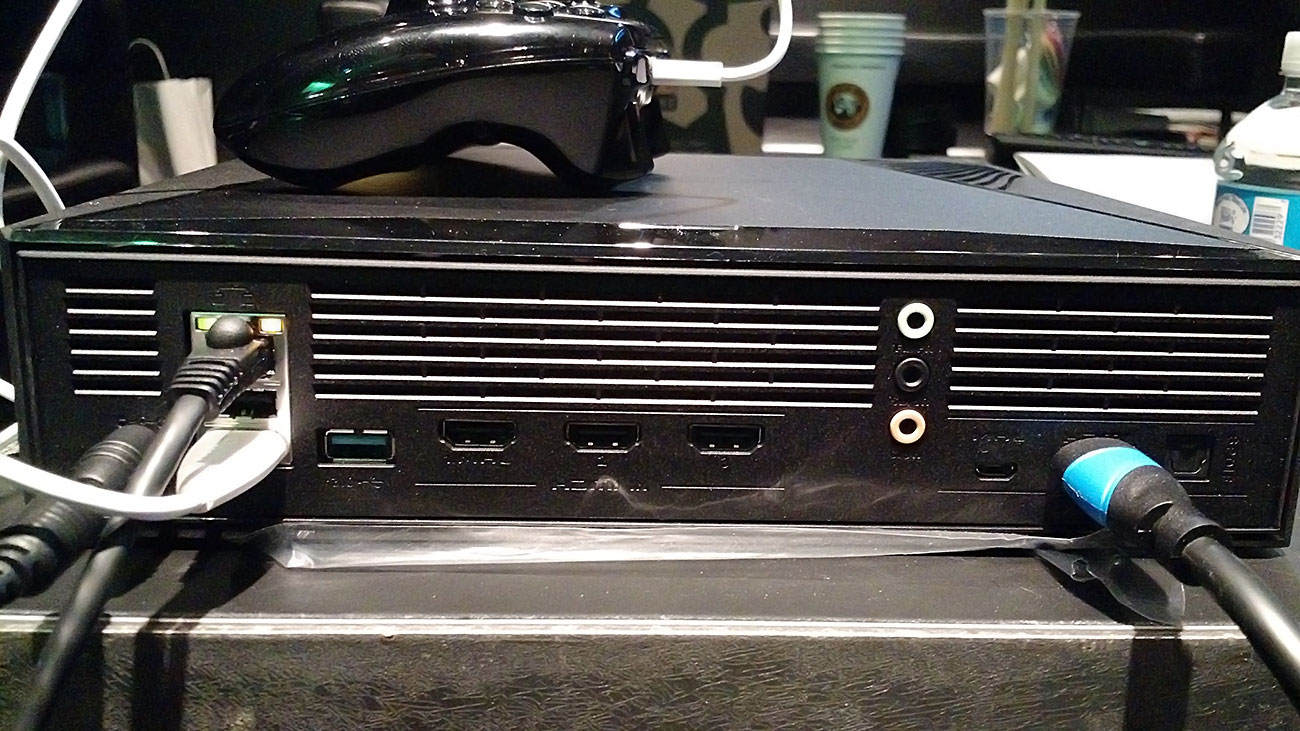 The OBox supports both 4K video as well as 3D video output with no extra set-up in case you own a 3D HDTV. Other features include the ability to stream games from your W and W 3D phone to the OBox and use them as optional controllers as well. When the OBox launches it will come with Android 4.4 but will eventually end up with Android 5.0.

Overall, even as an early build of the OBox, it performed quite well. Based on that, the fact that it is modular and upgradable, that both Google Play and the Snail Games store will be available, and that major developers are already starting to support it, this Android game console seems to be on the right path to possibly being successful. Launch dates for the OBox have China seeing a release somewhere in February 2015 and in the USA shortly afterwards. Pricing varies due to the different set-ups available but will have a range between $99-$400.