The 2.2 update brings with it access to new GRID games for tablet owners. This is on top of the new Saints Row IV game that was added this week. Some of the games now available include LEGO Harry Potter Years 5-7, PixelJunk and GRID 2. You can always stay up-to-date on the latest GRID games with our weekly GRID Tuesdays series.

Battery Life and other Improvements

One thing that we all want no matter what we are using our Android devices for is better battery life. We can never squeeze enough juice out of our batteries. The 2.2 update brings additional improvements to Standby Battery life as well as when your tablet is simply idling. Nvidia points out that this is especially true for when WiFi is turned on. So we should see a big improvement when our tablets are idling when we have WiFi turned on.

Overall performance has also been improved upon with this update. This is largely due to additional UI responsiveness and memory optimizations that arrive with version 2.2. Also any graphic corruption you have seen up until now should be fixed. 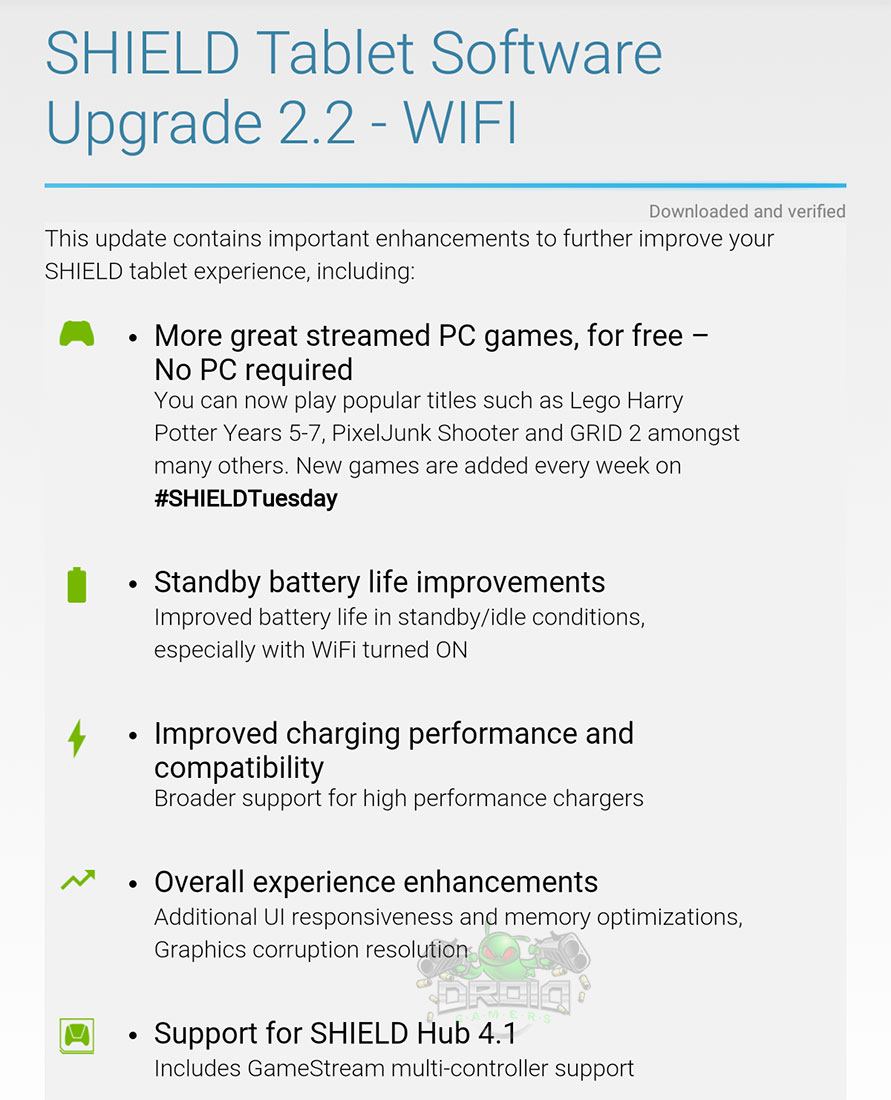 The Shield HUB has been bumped up to version 4.1 with this update as well. Most of the additions in 4.1 are mainly tweaks to performance and the UI of the HUB but there is one nice feature that has been added and that is multi-controller support for GameStream. In other words if you have more than one controller synced up to your tablets via Bluetooth, the Shield HUB can now handle it much better.

If you are not seeing the OTA update notice showing in your notification bar, you can always go into your Settings -> About Tablet -> System Updates and see if it has been pushed out to your region. If it hasn’t yet, give it a few as you should be getting the update soon.