During CES 2015 Mad Catz announced the L.Y.N.X.9 mobile game controller which transformed into something that would fit into your pocket, yet is also a full-sized game controller. It also had an attachment which was a keyboard, and three different modes depending on what you wanted to use it for – Mobile game mode, PC mode, multimedia mode. What Mad Catz has done is taken those features and created two separate products for those of you who want one or the other, not both.

The company’s new mobile game controller is called the L.Y.N.X. 3 and just like its higher numbered brethren (the L.Y.N.X.9), this controller transforms as well. You can fold it up so it can fit into your pocket, or unfold it into a full-sized controller. It is a Bluetooth controller so it will work with anything it can connect with, whether that be the Mad Catz MOJO Android game console, Android TV, your Android phone or tablet, etc etc. 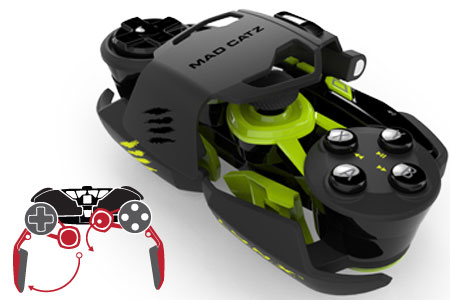 The L.Y.N.X.3 also comes with the same clip that lets you attach your smartphone to it, so it is a nice solid single unit. It also features the same three modes as the L.Y.N.X.9 – PC mode, Mobile Game Mode, and Multimedia mode. The first two are straightforward but multimedia mode lets you control video, music and other media with the controller (Play, Pause, Stop, and so on button functionality).

Lastly, the L.Y.N.X application, which has a good amount of features including the ability to adjust sensitivity, can also be used with this controller which allows you to assign keyboard and mouse profiles so you can switch between FPS, RPG, and so on button configurations quickly. What this controller doesn’t have is the keyboard docking that the L.Y.N.X.9 has. That is what the S.U.R.F. is for. 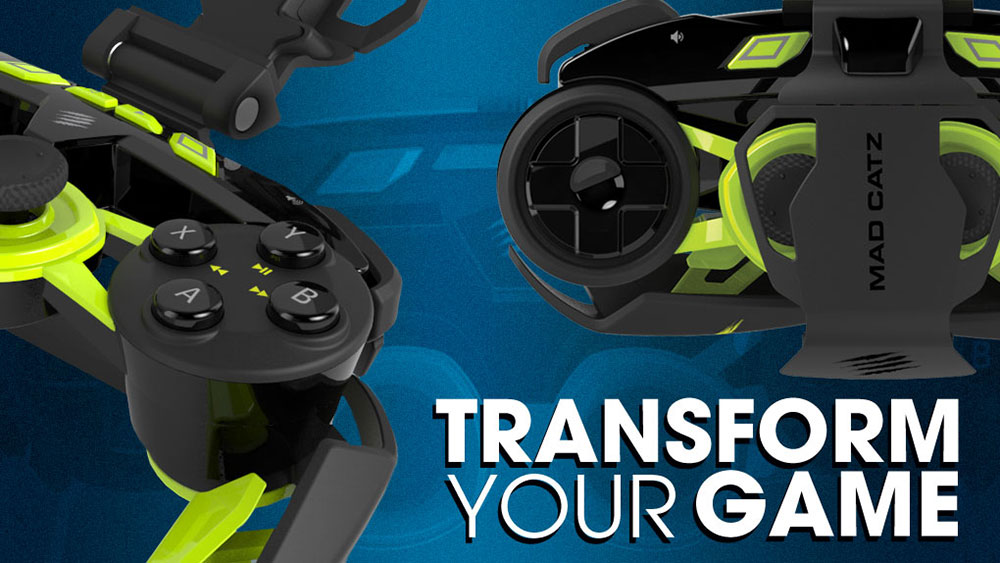 We’re thrilled with the attention the L.Y.N.X.9 has garnered and proud of the multiple ‘Best of CES’ awards received when we unveiled the new controller in January 2015. We’re excited to now introduce the L.Y.N.X. 3 as the newest member in the L.Y.N.X. range – a new mobile gaming controller designed to convey the same striking looks and Bluetooth® technology, at a price point which we believe will resonate strongly with passionate mobile gamers. –  Darren Richardson, President and Chief Executive Officer of Mad Catz

The L.Y.N.X.3 will officially debut at MWC 2015. No word on pricing as of yet although we can expect it to be less than the L.Y.N.X.9. which is kind of the whole point for this controller.

The S.U.R.F.r is essentially the keyboard dock from the L.Y.N.X.9 and made into its own product but with additional enhancements to make it into a game controller as well. So while you have a full keyboard available for anything text-based, you can also use it to play games. It is wireless so it connects through Bluetooth and while it is mainly for use with things like Android TV, Mad Catz MOJO console, Amazon Fire TV and so on, you can use it with your Android phone or tablet as well.

It has all the controller hardware you would expect a good controller to have – two analog sticks, four action buttons (A, B, X, Y), a D-Pad, two shoulder buttons. The interesting thing about this design is that the action buttons are around the right analog stick. It also comes with a clip to attach your Android phone to it. All the buttons can be switched to control other media as well like movies and music the same way the L.Y.N.X controllers can.

The S.U.R.F.r is also debuting at MWC 2015 and there is no word on pricing or shipping as of yet. There are three different color schemes which will be available. 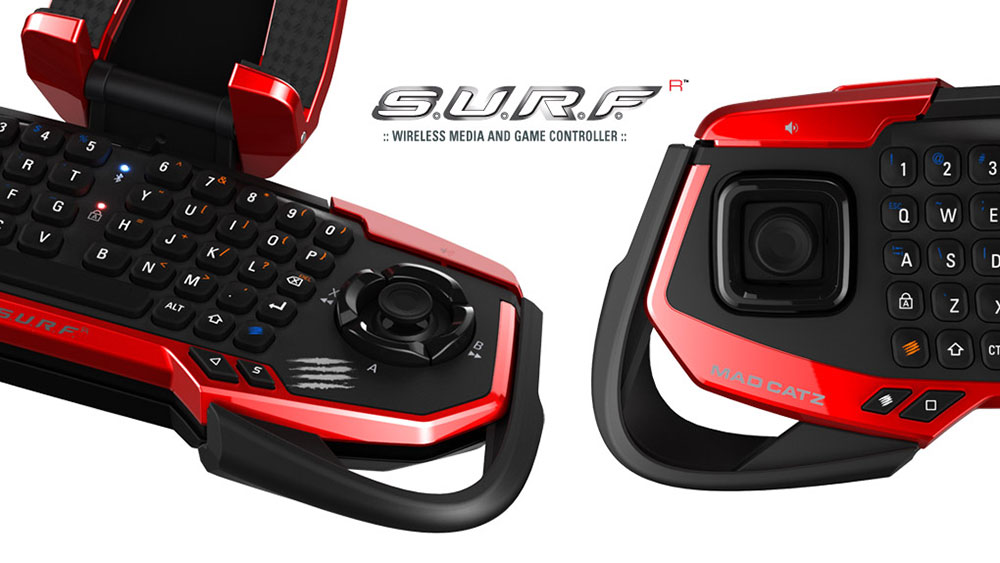 Both of these new peripherals do not have pre-orders as of yet but if it is anything like CES 2015, we should see them go live during MWC 2015. We they do, we will post an update with price information.