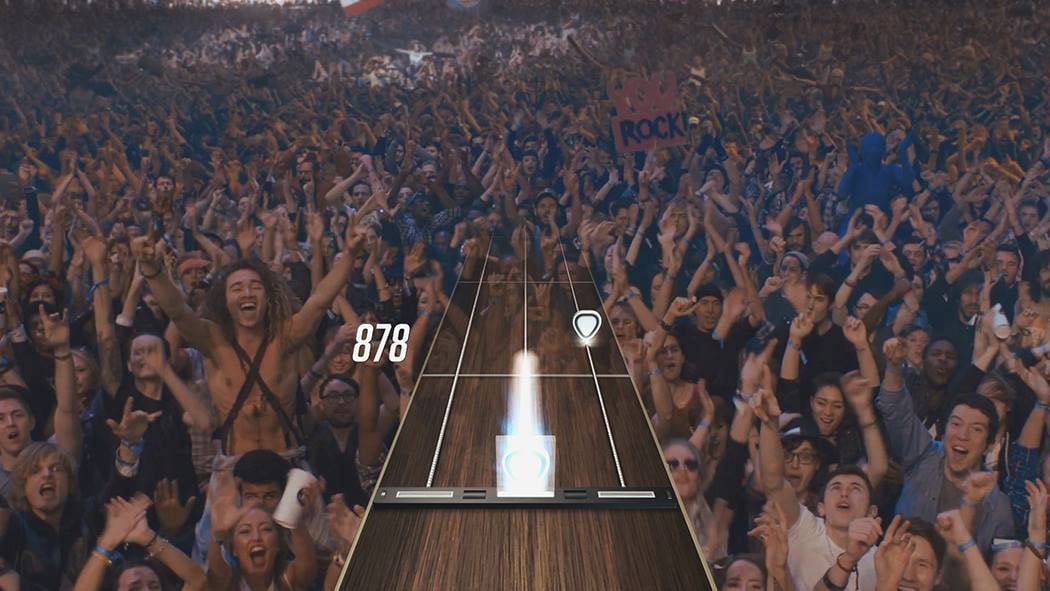 They’re also releasing a new guitar controller, where the buttons on the neck are closer to having played mimick how real guitars are played, as well as a new “GH Live” feature, with players seeing crowds from the first person perspective, as seen in the trailer. Another feature to be released with the new game is GHTV, which is a playable music video network. “GHTV is a 24-hour mode that lets fans play along to a continually-updated collection of official music videos – across a wide variety of genres – from the newest releases to favourite hits. Fans can pick from multiple channels and themed shows, discovering new songs as they play, and can also choose songs to play on-demand, “also according to the release.

There’s a lot for fans of this franchise to look forward to. Unfortunately for mobile enthusiasts, there’s wasn’t much provided in the way of detail. Were I forced to *guess* as to what it would look like when implemented: I picture a sizeable download, commensurate cost, and Bluetooth compatibility between the guitar and some mobile devices.