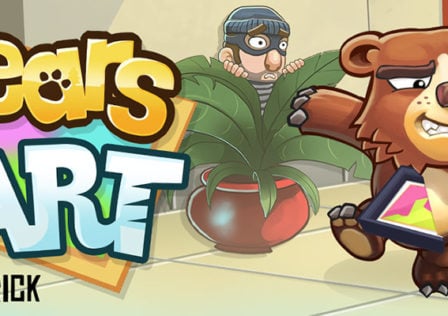 Halfbrick has announced that they are gearing up to globally launch a new game onto Android called Bear vs Art. This will be, according to Halfbrick, the company’s first true puzzle game. In this game, players will be taking on the role of Rory the bear who is out to save his forest from pretentious millionaires and art galleries.