Anyone that has ever played the game Serious Sam knows that game developer Croteam has a knack for introducing you to in game events that you never saw coming. Well, Croteam is at again with their latest project being published by Devolver Digital. At E3, the gathering throngs were introduced to what Croteam is calling a ‘First Person Philosophical Puzzler or FP3.’ Are you scratching your head yet?

[UPDATE: May 28th, 7:27 AM, PST] We reported on this game coming soon. That was back in June of last year. Soon turned out a little bit longer than we expected, but hey, we don’t have a crystal ball. Nevertheless, Devolver Digital has now made The Talos Principle available to download, if you have the proper hardware. You must have either a Tegra K1 or X1 hardware. It is our understanding that the game is available for Owners of the Nvidia Shield Tablet and the Nexus 9. The game is $4.99 to download and does include in-app purchases, should you choose to take advantage of them. A lot of people have been waiting to play this game. It is also a pretty hefty download, weighing in at 1.9 GB. The link to download the game is at the end of the article. Thank you to those that let us know via comments/posts.

Before you start thinking it is a gimmick, let me name drop for you who is involved with this project.  The writers for the game include Tom Jubert (FTL: Faster than Light and The Swapper) and Jonas Kyratzes (Infinite Ocean). The music score is being developed by Damjan Mravunac, who composed the music for the original Serious Sam franchise. The team has been hard at work and the first visuals they shared are sure to impress. 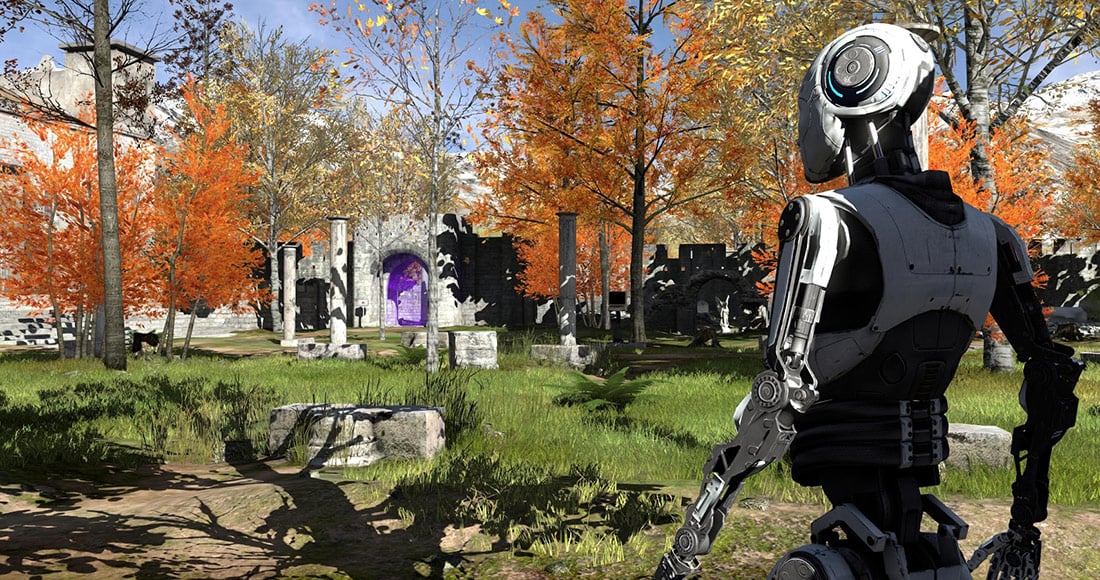 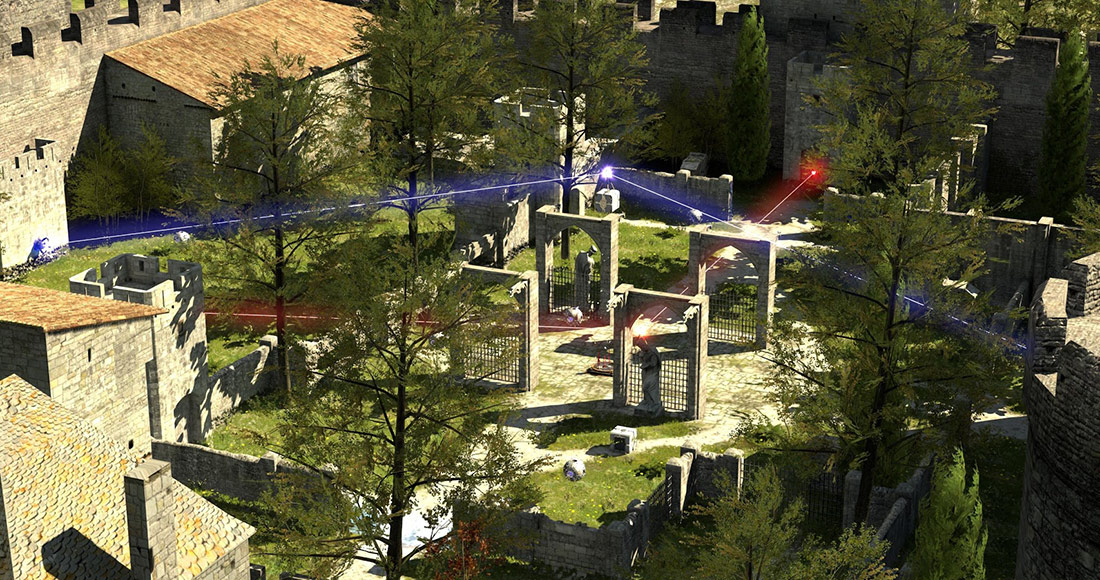 The game involves a robot that that is guided by an ethereal voice through graphically lush Myst-like environments. The robot encounters over one hundred puzzles needing to be solved. Of course the game Portal comes to mind when seeing some of the puzzle elements displayed in the video. We all know Portal was and is still a huge hit with many gamers. Croteam wants to take you to the next level and introduce philosophical elements into the game play.

Roman Ribaric (CEO of Croteam) describes The Talos Principle’s game play as a mixture of Portal’s and The Witness’s featuring non-linear exploration and physics-based puzzles. Ribaric says that the game deals with ‘philosophical issues of transhumanity.” This game looks like it is going to be a fun cerebral romp through a world rich with exploration and revelations. No release dates have been set yet for the game, but it is expected to come to mobile devices. Take a look at the launch trailer and see if you are interested in a little FP3. I know that I am!