Well there has been plenty of updates and content for Blizzard’s Hearthstone game in the past month, with the new Tavern Brawl feature being in full swing, the new cosmetic heroes being added to the game, and plenty of other goodies. Apparently Blizzard isn’t done either as the company has begun teasing a big announcement which will happen on July 22nd, 2015.

While previous teasing for new features and updates have had some clues about what they eventually would turn out to be, this time Blizzard really isn’t giving anyone anything to go on. Well, that isn’t entirely true. The company sent out an actual scroll to PCGamer teasing the upcoming announcement. 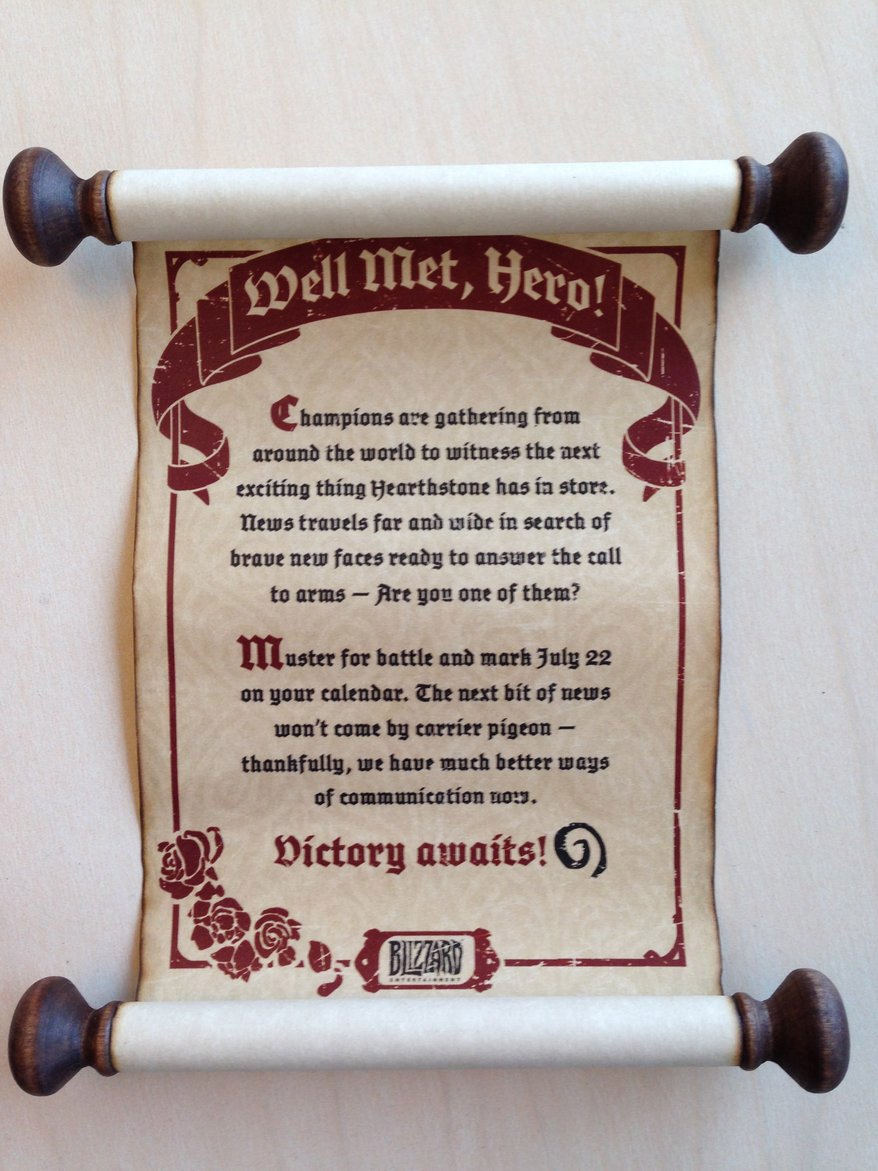 Here is what the scroll reads:

Champions are gathering from around the world to witness the next exciting thing Hearthstone has in store. News travels far and wide in search of brave new faces ready to answer the call to arms — Are you one of them? Muster for battle and mark July 22 on your calendar. The next bit of news won’t come by carrier pigeon — thankfully, we have much better ways of communication now. Victory awaits!

The box the scroll came in also played a theme song, which happens to be from the Argent Tournament, which is an event for World of Warcraft: Wrath of the Lich King expansion. So that is pretty much the only clue anyone has besides the scroll which doesn’t tell us much. So what could this be? Well your guess is as good as ours. It could be a new expansion, although the game has recently received both a content expansion (Goblins vs Gnomes) and a single-player adventure expansion (Blackrock Mountain) already. PCGamer is pretty confident that it is a new expansion though.

It could also be a much requested Tournament mode that a lot of players have been asking to be added to the game for quite some time. Maybe it is actually going to happen? Whatever the case may be, unless Blizzard releases more details about this announcement ahead of time, we will have to wait until July 22nd, 2015 to find out what this is all about. If we do find out more, we will post an update. Any guesses at what this will be?