Poi Goodson is just a harmless little boy with nothing overly unique about him. He was raised in a conservative household that follows all of the traditional ways of life and behaviors. However, his family lives in Hipsville, which is a town that prides itself on keeping up with the times, using the latest and greatest of anything and everything that comes out. Poi wants to be cool like everyone else in Hipsville and with the release of the newest smartphone, he has a chance to be just that.

However, this means that Poi needs to be one of the first people to get this new smartphone, otherwise all his efforts to be cool and to fit in will be in vain. This means he will have to cut the queue of waiting people to try and get to the front of it. Players will be controlling Poi as he races through an massive (endless) line of people waiting to get their hands on this new smartphone. 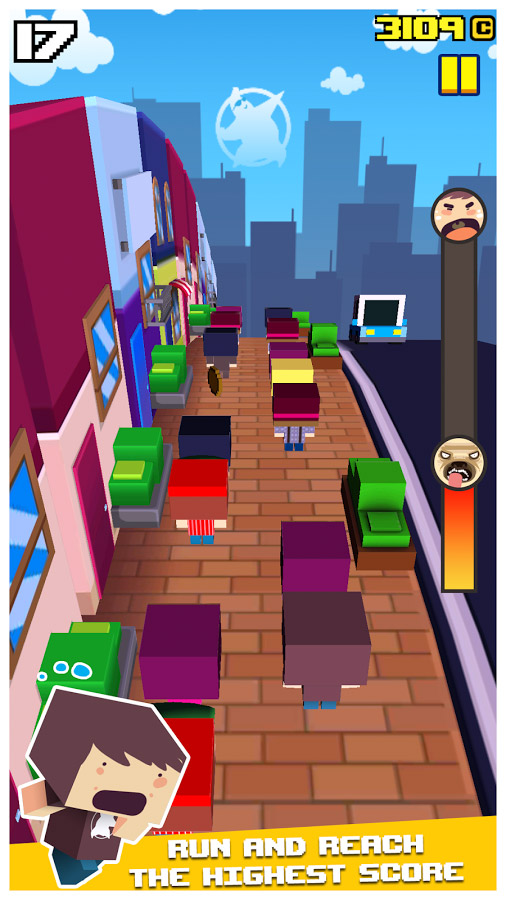 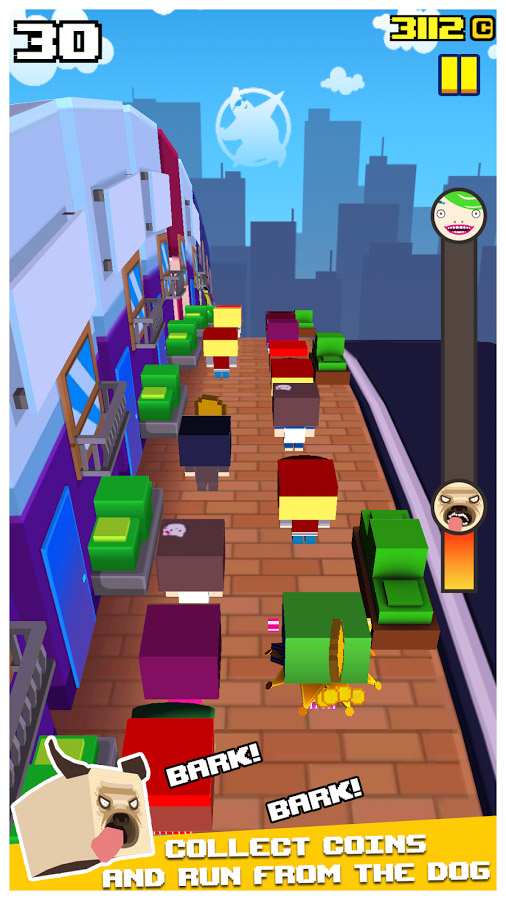 Players will need to weave in and out of people, avoiding contact at all costs. On top of that, you will also have to watch out for random obstacles that suddenly appear in your way as well. Obstacles can be as simple as a cone, all the way up to street brawls and even cop/burglar standoffs. You’ll also have to watch out for cars. Along the way you will need to try and collect any coins you see appearing in your path. These can be used to unlock new avatars to play as. The theme of the game can also be changed as well to match the new avatar you are using, such as Jack the Pumpkin and his haunted Halloween theme.

OMFQ – Life of Poi is about speed and reaction timing, going to slow will have you end up being eaten by Butcha the Dog. There are also leaderboard to compete in for the highest score against other players worldwide. There will also be random tournaments and special events for additional in-game prizes. For those of you interested in checking this game out, OMFQ – Life of Poi is available for download off of Google Play for free with optional IAPs available as well. You can also check out the game in action via the trailer below.