Remix OS 2.0 is now available for download, giving you an Android-filled OS for your PC

There have been a few options over the past few years with bringing Android to desktop PCs. This usually comes in the form of an emulator you run on your PC over Windows, and not as an actual operating system. Jibe has been working on the exact opposite of an Android emulator for PC, and they have been working on making an actual Android OS to use with your computer.

Well that operating system, called Remix OS 2.0, is now available for download. Interestingly enough, it is still marked as being in an Alpha stage of development even though the actual OS itself is fairly mature. Even still, we wouldn’t call this a stable operating system just yet, but it does give you an idea of what Android would feel like as an actual desktop OS. 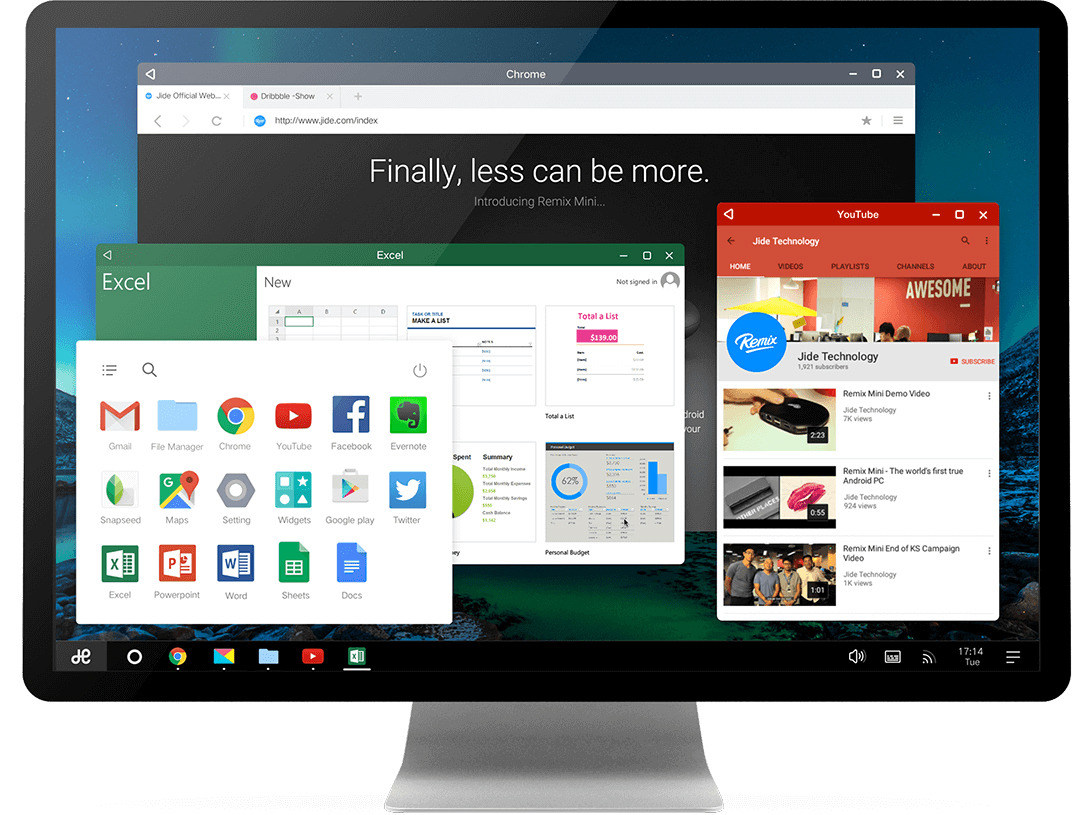 Originally Remix was designed for ARM-based devices, but that limited what you can use it on. So Jibe teamed up with Android-X68 to bring Remix to desktops. So all you need to run this is an x86-based system. Jibe, however, is stating that only developers, or really adventurous users, should download this version of Remix OS. What’s even better is that you don’t actually have to install this on your PC to use it if you don’t want to, in case you’re worried about stability issues. Remix OS uses a rather well-known Linux service called Live USB, so you can install it on a USB stick and run it that way until you’re either more comfortable using it, or just wanting to wait until a more stable build comes out before installing it right on your PC.

If you’re interested in checking out Remix OS 2.0, it is available for download for free off of Jibe’s website. If you want to install it on a USB stick, they recommend one that is formatted to FAT32, has 8 GB of space, and a writing speed of 20 MB/s as minimum requirements. We’re downloading it right now and getting ready to install it on one of our PCs, so you can expect some hands-on and guides to show up shortly. You can also find full install and boot instructions over on Jibe’s site.