Nintendo this year is planning to finally start revealing details about their next system called the NX. Recently this system was in the news the other day because of the apparent rumor that it will come with the ability to work with mobile devices, PCs, and possibly other consoles. Today news is coming out that takes things a step further, making it all the more interesting, with the fact that the NX may actually be two devices.

Since this is the year that Nintendo begins releasing details about the NX, there will be an equal amount of rumors as well. So with all rumors, take it all with a grain of salt. However, this particular rumor actually supports the one from the other day about the additional platform compatibility it is supposed to come with. Apparently the Nintendo NX, which is just the company’s codename for this project, could very well be a console as well as a handheld device. 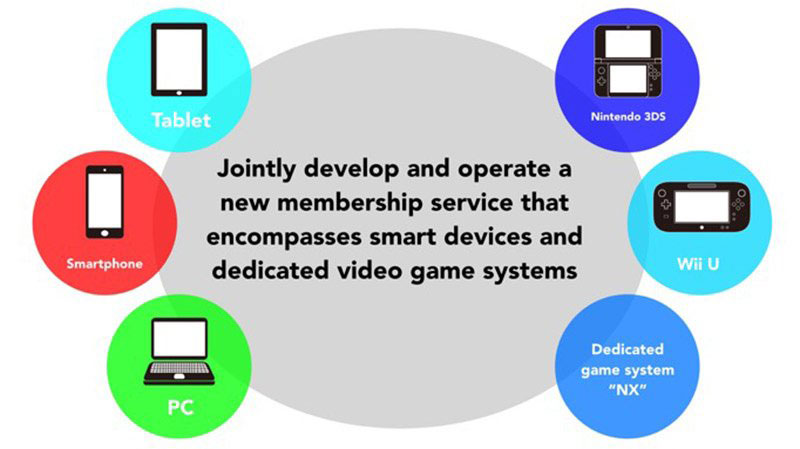 There’s a lot of past information to support this rumor. First, Nintendo has mentioned in the past year that they want to bring a number of platforms together into a cohesive system, allowing their devices (Console, DS handhelds, etc) to interact with one another in a number of ways including gameplay. It isn’t a big step to apply that to mobile games which they are now developing. Making the Nintendo NX a 2-in-1 system would make this even easier to pull off.

In a recent survey of sorts, what was being described sounds an awful lot like the Nintendo Wii U, but with a console counter-part to it. Here’s a snippet from the survey/report: 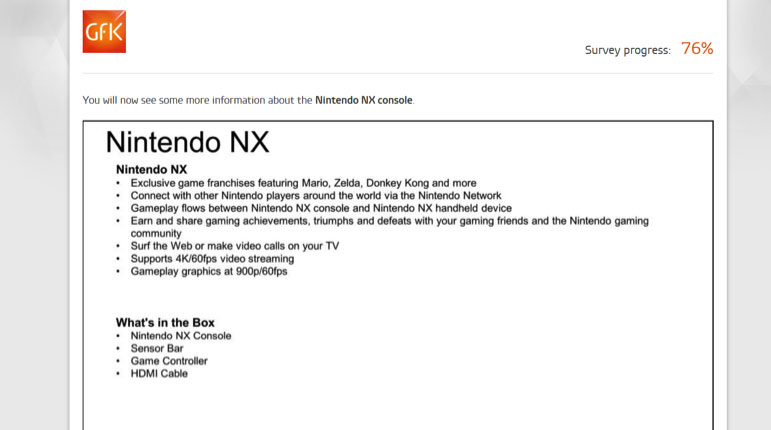 The one thing that would put a wrench into this rumor is that the Wii U is by far the worst selling console Nintendo has put out, besides the Virtua Boy. So it would be weird to make yet another similar system. Adding all the compatibility the rumor from the other day mentioned would make this a lot more appealing though.

Anyone wanting to check out the survey list of Nintendo NX rumored features can do so with the image above. Pretty interesting news. What do you all think about thIS? Let us know in the comments below.