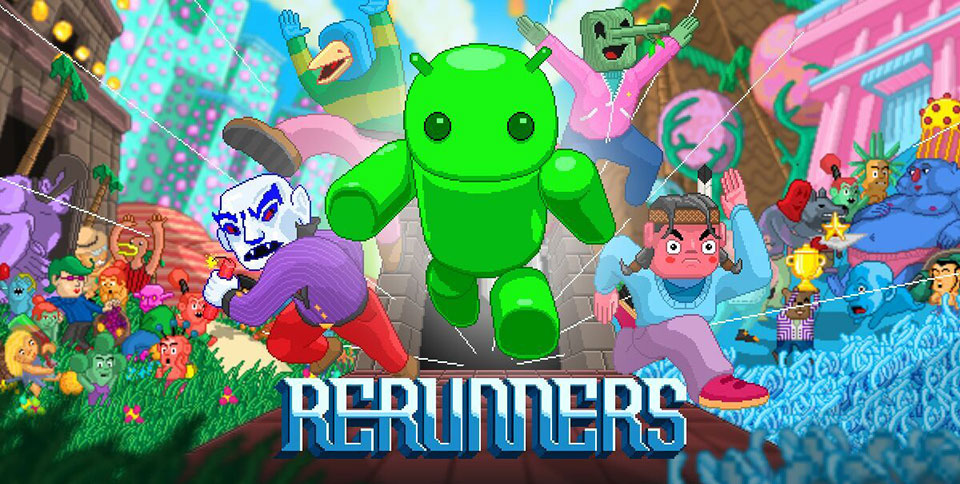 Speedrunning games are a bit of a new genre, and we aren’t referring to completing a normal game as fast as possible. For those of you not familiar with this genre, it is essentially where players race against each other through a course with obstacles, sometimes with boosts as well, in an attempt to finish the race/course in 1st place.

Games that are usually in this genre are platformers, and can be pretty fun to play. ReRunners is one of those games where you can race against other players in an attempt to win said race. Where this game separates itself from other ones is that you can improve and level up your runner. This game actually has multiple ‘worlds’ you can run through as well, all with a different theme.

Of course there’s plenty of characters you can choose to race as, and you can play against random players or people on your friend’s list. The stages in this game are multi-level as well, so it isn’t just running forward dodging obstacles, but climbing up ladders, waterfalls, dropping down gaps, and so on.

ReRunners is currently accepting closed beta sign-ups (register with your Google Play email), so if you’re into the speedrunning genre, you might want to sign up and get in early. The closed beta actually begins today as well, so you’ll only have to wait until your application is accepted to play. Right now there is no set date for launch as of yet. We will be going hands-on with ReRunners, so stay tuned for that.