We had planned to stream some of the closed beta but unfortunately something happened that really hasn’t happened to me personally before, and that is I ended up playing so damn much I didn’t set up much of a stream except for a short period of time. This is a good thing because that’s how much I was enjoying playing this closed beta. Of course this isn’t a review so I’ll save final judgement for the full review when the game has fully launched.

With that said, there’s still a whole lot to go over when it comes to MU: Origin. If you’re not familiar with this franchise, MU: Origin actually started life as a PC-based MMORPG simply called MU Online (2003), which has done quite well for itself. From there the PC version has had multiple updates, and eventually there was a mobile version of the PC game release in the Asian regions called MU: Origin. After plenty of localization work, we are now looking at a Western release. 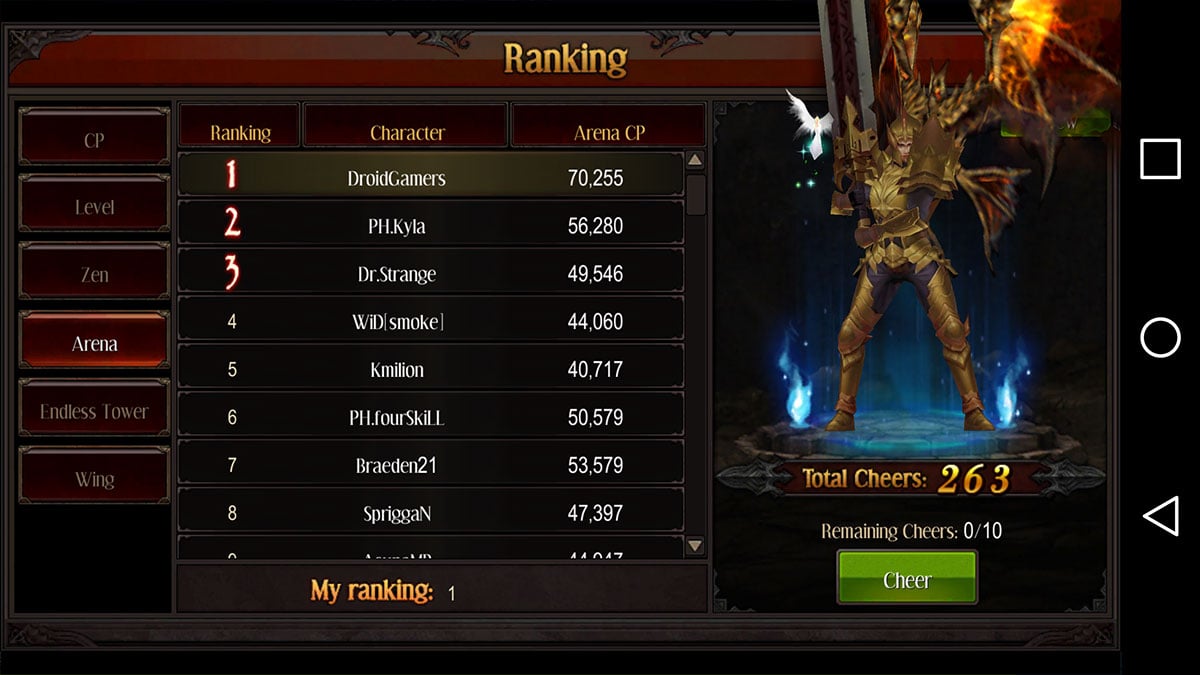 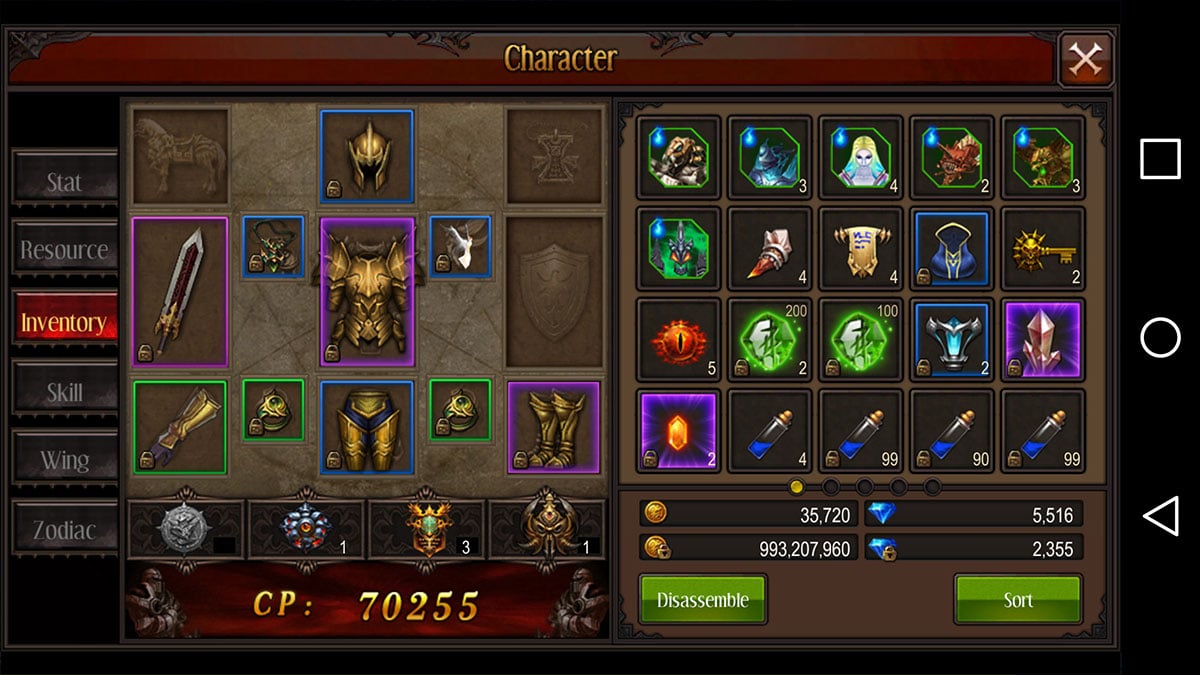 This franchise features an interesting leveling system which was also brought over into the mobile version. Every 100 levels your character gains is considered their ‘Rebirth’. So your first 100 levels is actually labeled as Rebirth0 Leveler 87 for example. After you pass the 100 level mark in Rebirth0, you’ll move into ReBirth1. This goes for every 100 your character levels up. From what I saw, there will be Rebirth0-Rebirth9 available when MU: Origin launches. Essentially this translated into 999 levels for your character to level up to start with.

There’s three classes available when you start: Elf (Archer), Dark Knight, and Dark Wizard. All of these are pretty self-explanatory. There’s gear and weapons specific for each class, all of which have multiple tiers and grades. You have your standard grading system, which is Normal, Magic, Rare, Epic, and Legendary. Then you have your Tiers (1-9 and higher). Tiers are essentially the level equivalent to the area you’re leveling up in. So if you are Rebirth2 Level 88, the gear you’ll be using will be in the Tier 3-4 range. 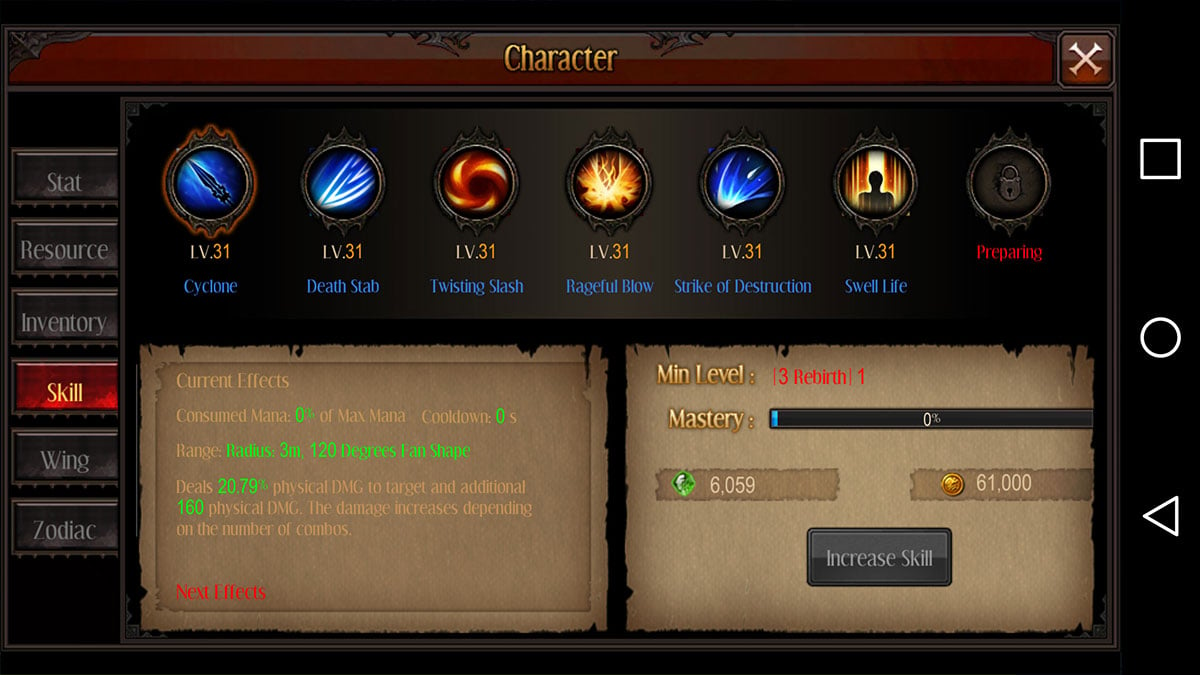 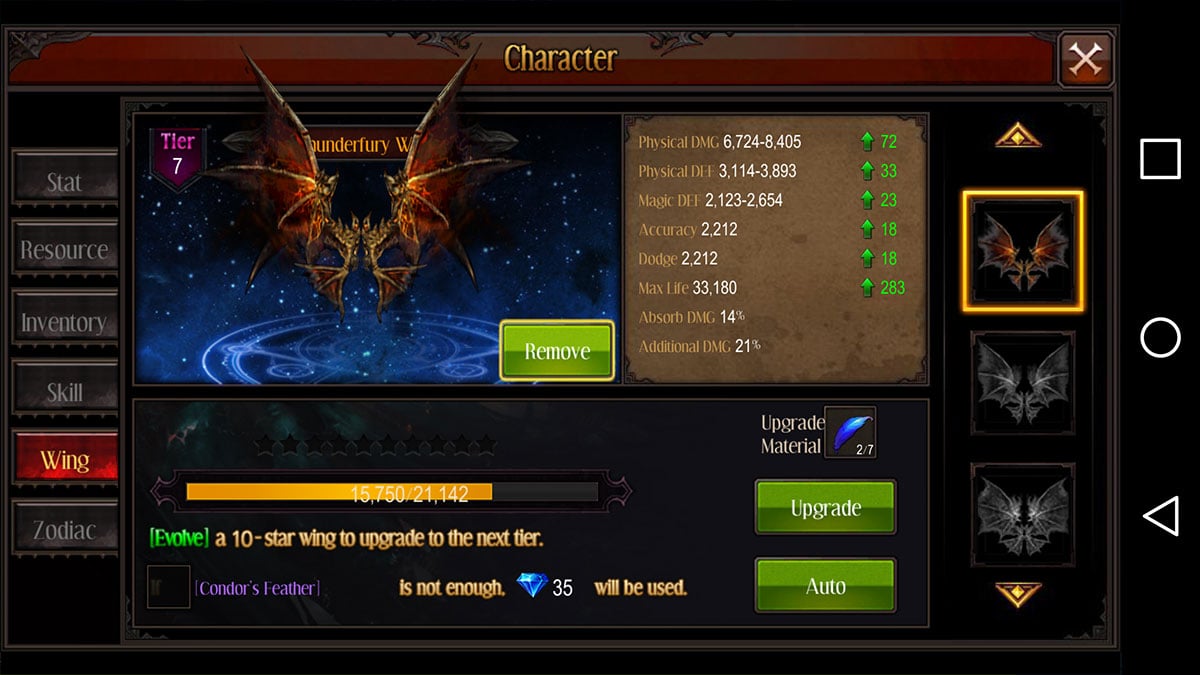 On top of that, you have a number of ways to enhance your armor and weapons. This includes Refining it, Seed Enhance, Option Enhance, and so on. All of these just enhance or add additional stats to your weapon and armor. Other ways to strengthen your character includes leveling up your zodiac symbols, earning different titles through various activities such as PvP, dungeon clearing and so on. In other words there is a hell of a lot to do when it comes to your character alone.

This is an open world MMORPG, although the ‘world’ is divided up into zones. You can’t access zones that are higher than your current Rebirth level. Same goes with story dungeons. Story dungeons are just like they sound, dungeons that you clear solo that are part of the questline you’re doing. There are also Party Dungeons which are for groups to go into. Outside of dungeons, players have a lot of quests to do, World Bosses to deal with, and open world PvP as well. 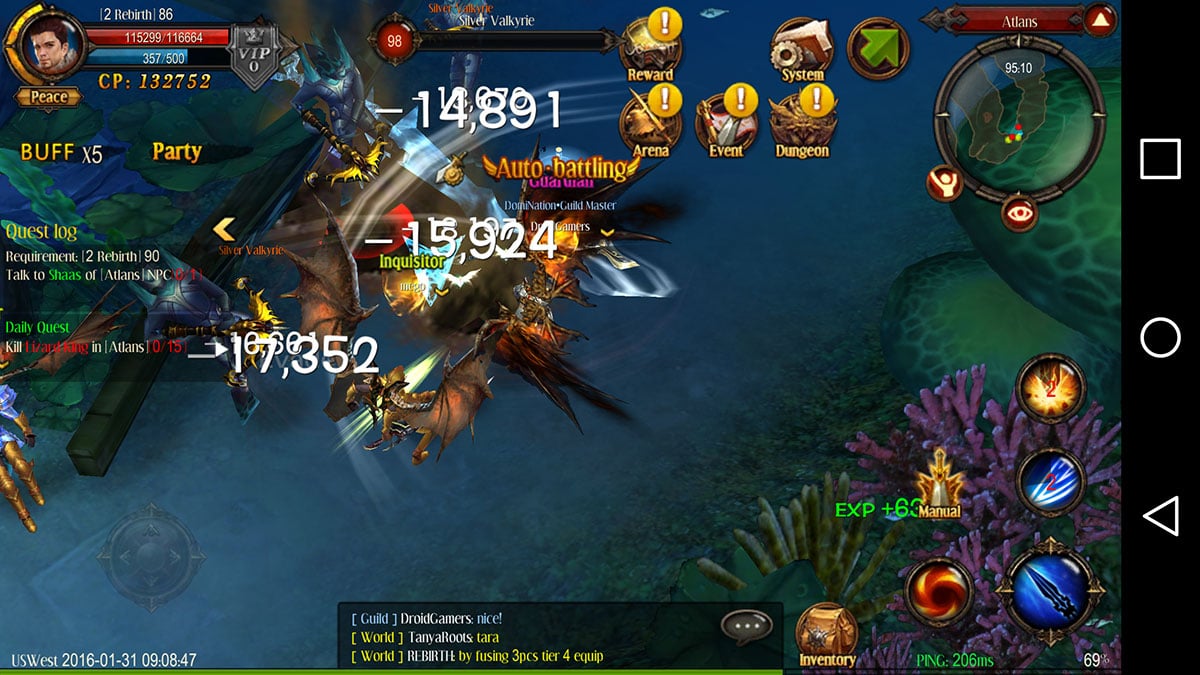 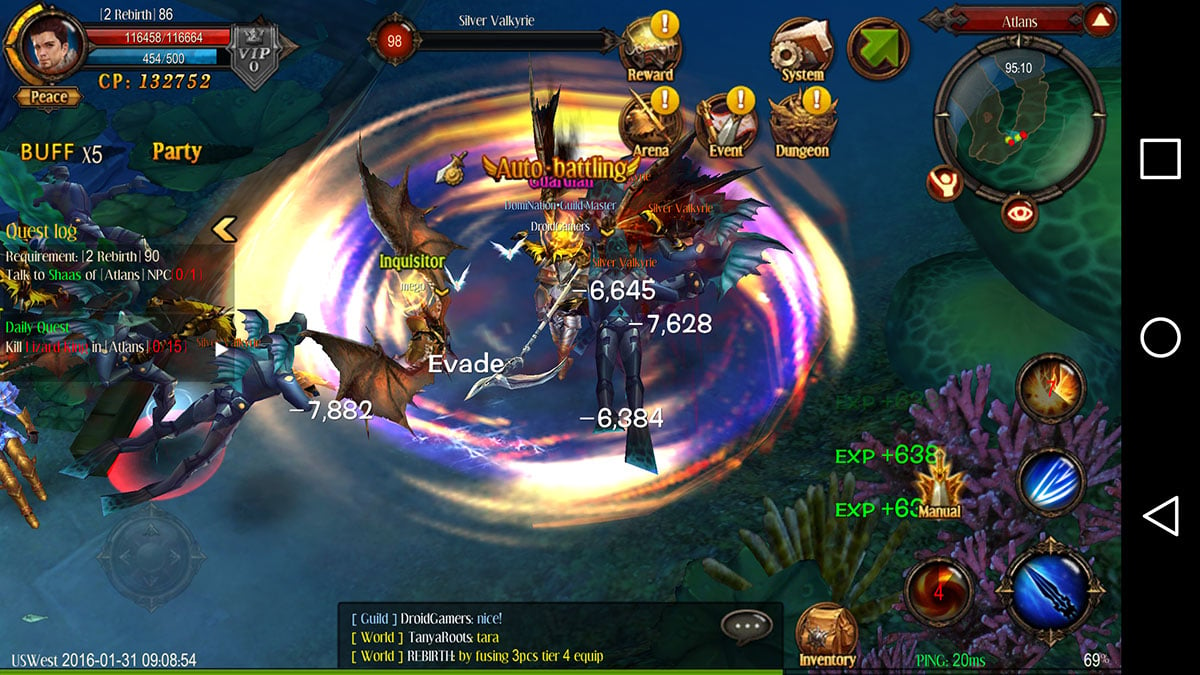 In other words, this is a full-sized MMORPG that comes with a lot, if not all, of the content that the non-Western version has, and it doesn’t stray too far at all from the original PC title. There is even a proper Auction House system in this game. Since this is was a closed beta, there will more than likely be some tweaks that happen before the full launch occurs. We may see an open beta pretty quickly as the game was pretty much done with very little in the way of bugs. In fact I didn’t run into any at all myself.

It is a free-to-play MMORPG just like its brethren. The closed beta didn’t have the in-game store active so we can really comment on what was available, besides in-game currency. Mobile doesn’t have a lot of options when it comes to a true MMORPG, but as MU: Origin stands right now, this is probably in the Top 3 out there for mobile gamers, with titles like Age of Wushu Dynasty and Forsaken World Mobile giving MU: Origin its only real competition. Of course this is based off of a short closed beta period so like I mentioned earlier, we will keep final judgement for the full launch. 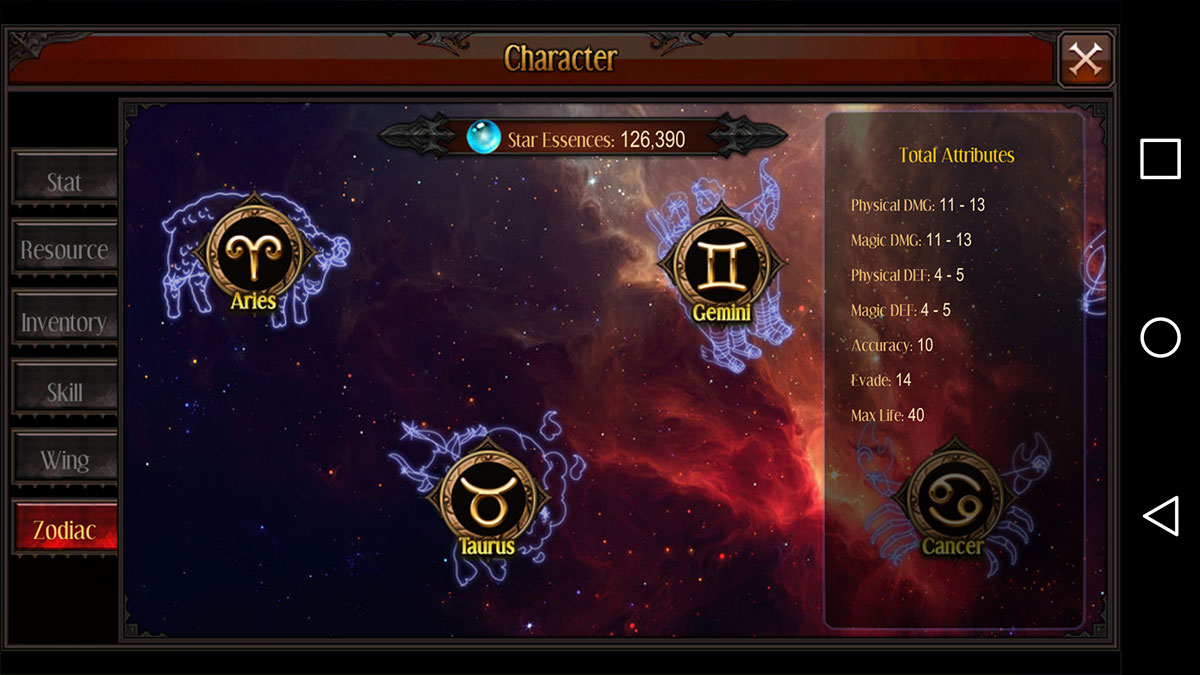 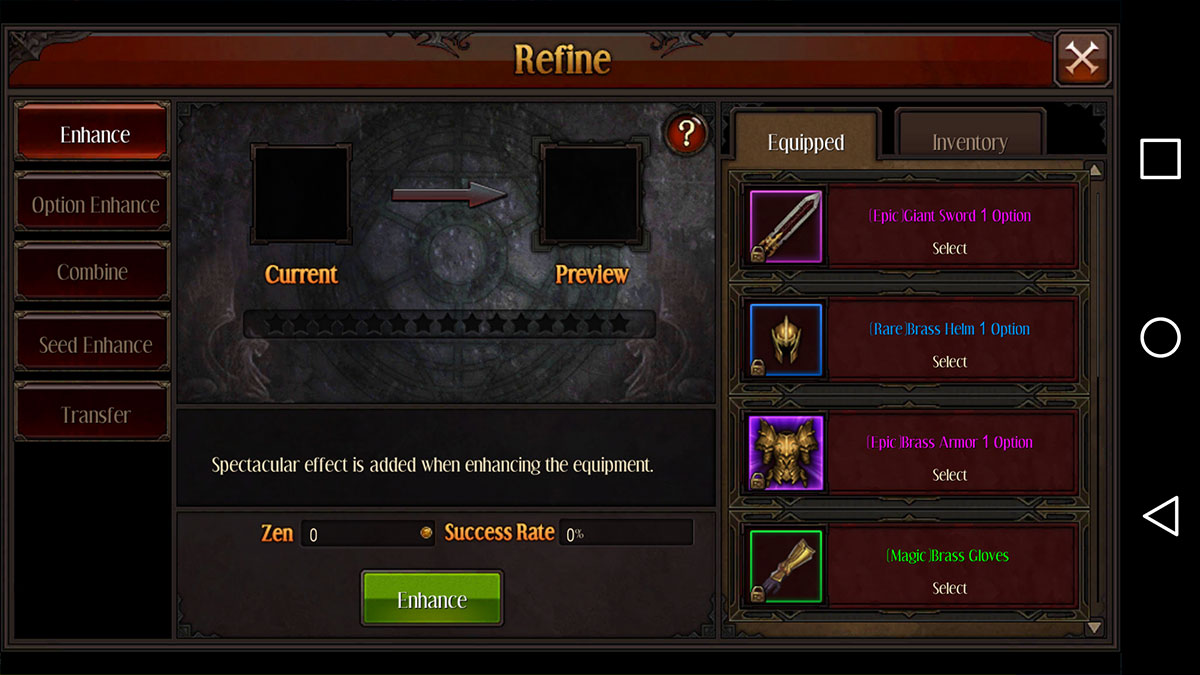 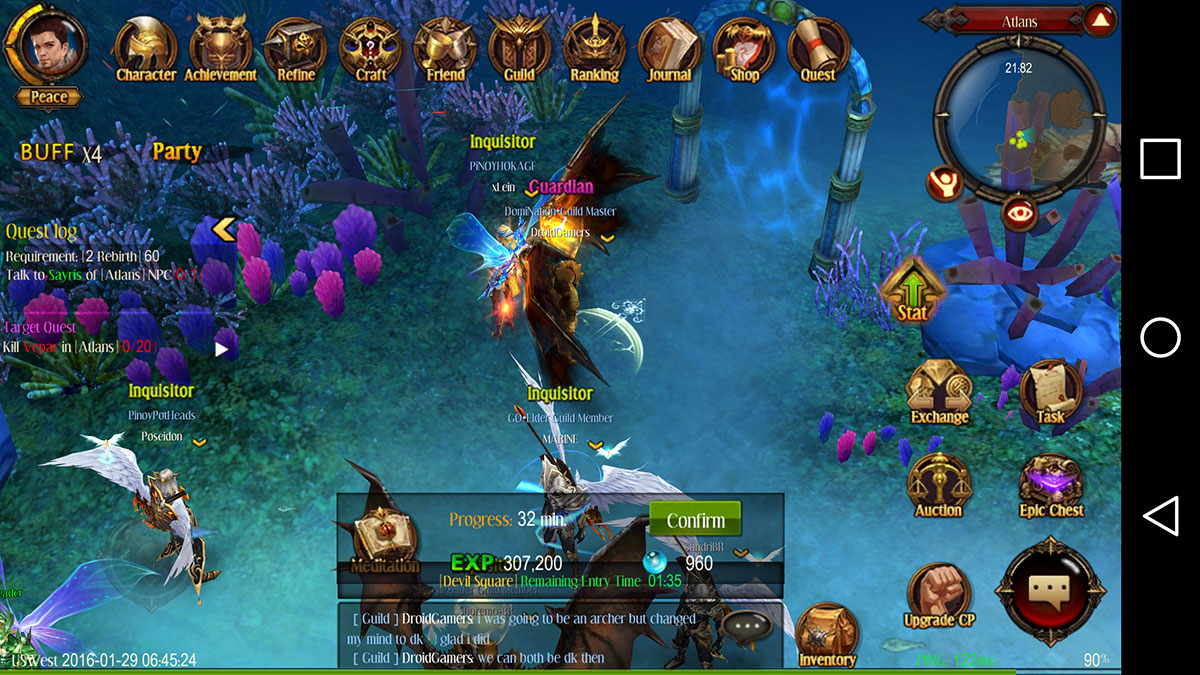 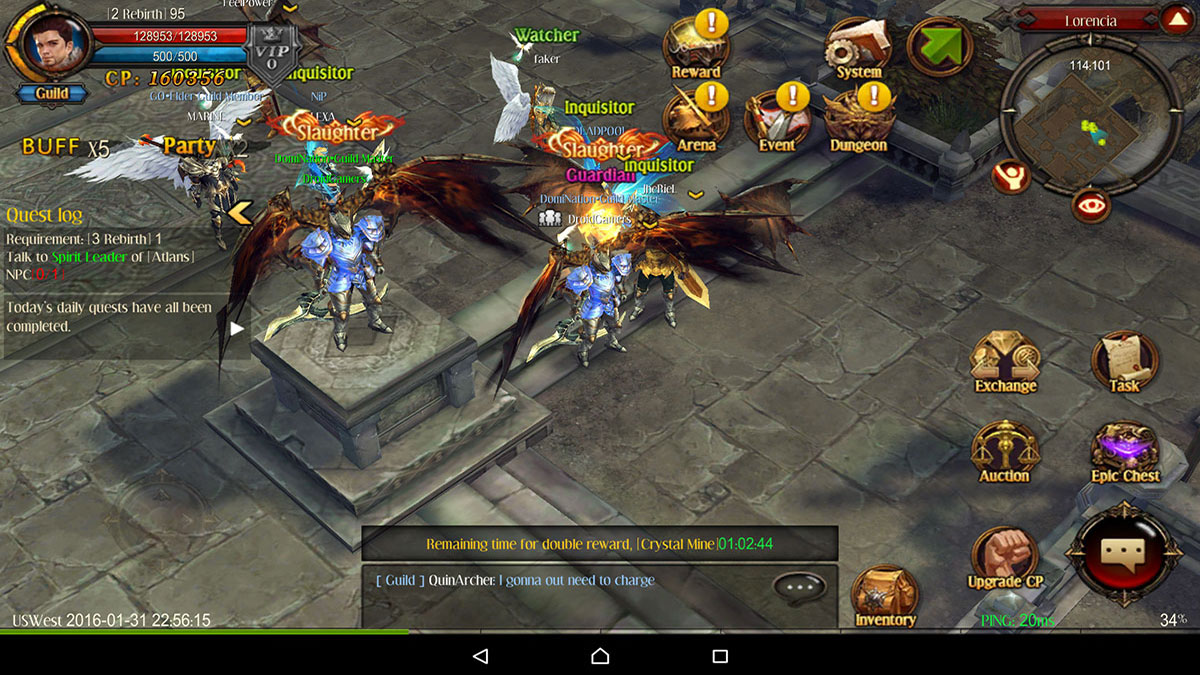