Transformers: Earth Wars has finally been released onto Android this morning 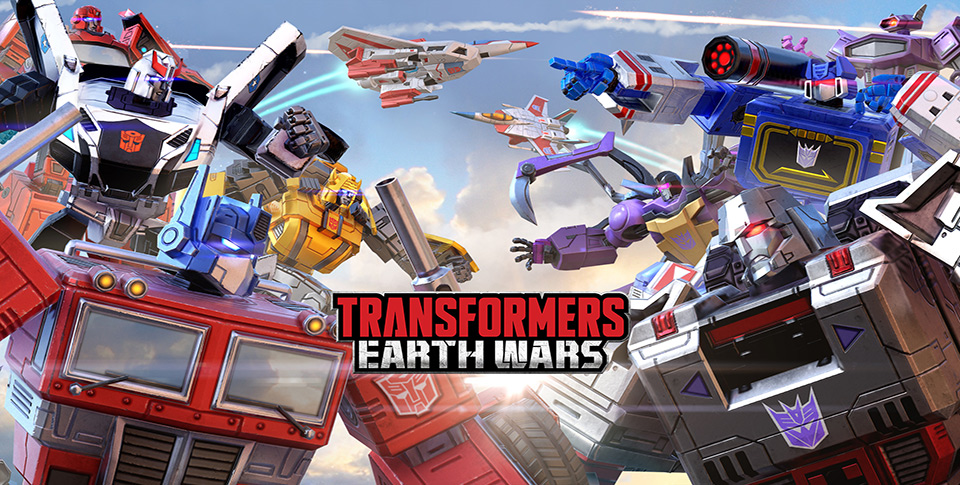 Back in February 2016 we reported on a new Transformer game that would be making its way to Android this Spring. Well if you’ve been waiting patiently for the game to launch, Transformers: Earth Wars is now available for download off of Google Play as of this morning.

For those of you who missed our previous coverage, Transformers: Earth Wars is an RTS game featuring all of the iconic Transformers from the franchise duking it out for supremacy of Earth. Of course in the case of the Autobots, it isn’t so much about ruling Earth as it is protecting it from the Decepticons. This particular installment into the franchise is actually inspired by the Transformers Generations Prime trilogy. 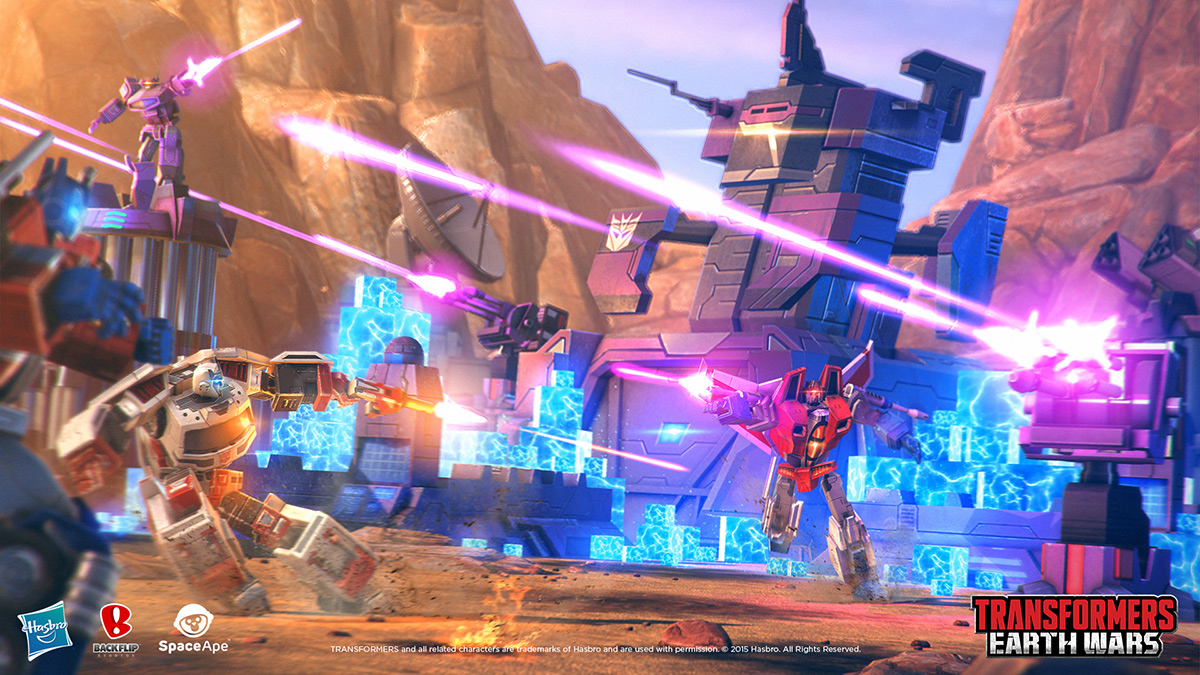 When starting up the game, players will need to choose what side they are on, whether that be the Autobots with Optimus Prime, or the Decepticons with Megatron leading them. Once you’ve chosen the side you want to be one, you’ll begin forming your team of Transformers in order to take on the opposing side. If you’re with the Decepticons, it is all about taking over the Earth.

● Create the ultimate team of Transformers characters by choosing from over 40 legendary bots
● Use the Space Bridge to summon extra reinforcements from Cybertron!
● Change form to turn the tide of battle; deploy Starscream’s Airstrike, ram defenses with Optimus Prime or repair your team with Ratchet’s healing ability!
● Construct an impenetrable fortress using advanced Cybertronian technology!
● Build up your resource stockpiles and construct powerful defences!
● Autobots alliances defend against Decepticon attacks in global competitions and weekly events!
● Co-ordinate your Decepticon alliance to rain devastating strikes upon Autobot bases!
● Global chat and alliance features make it a multiplayer experience worth fighting for! 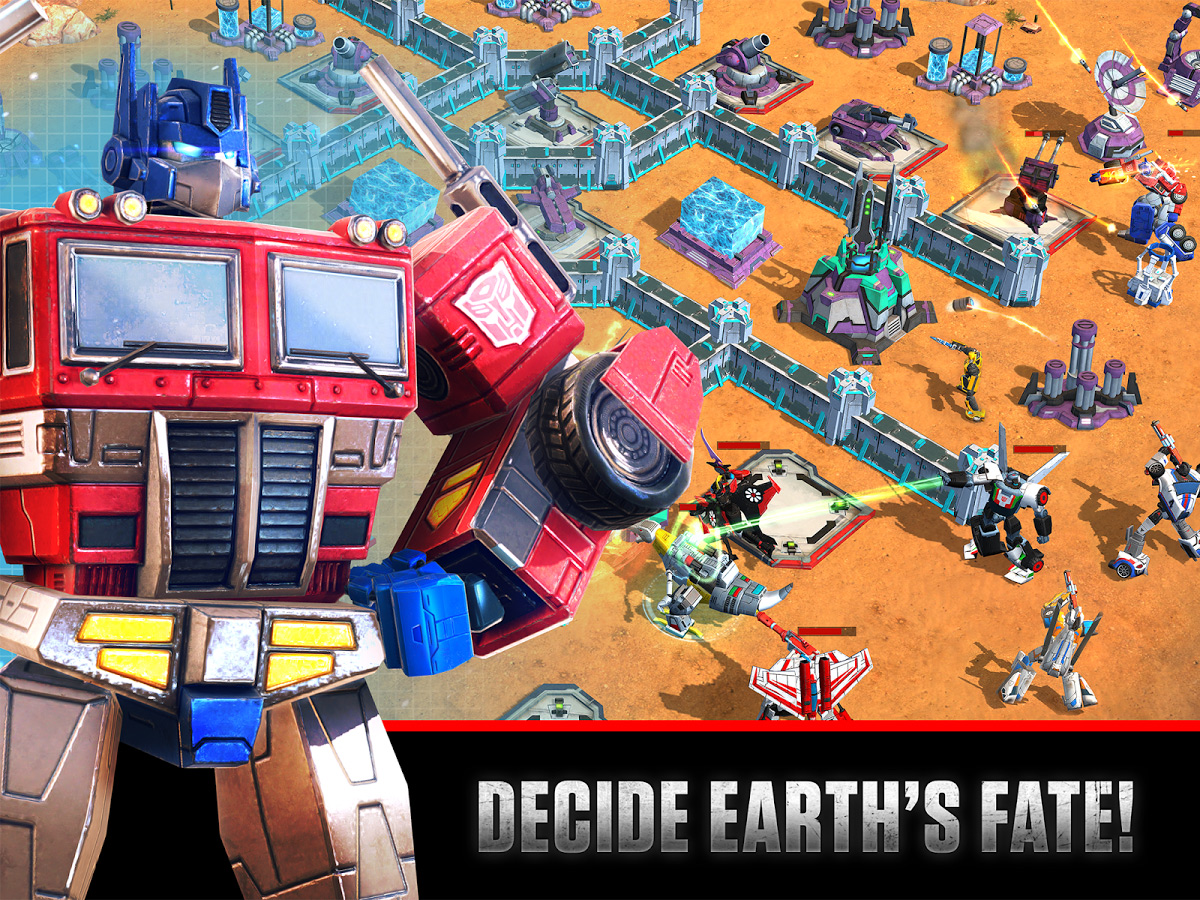 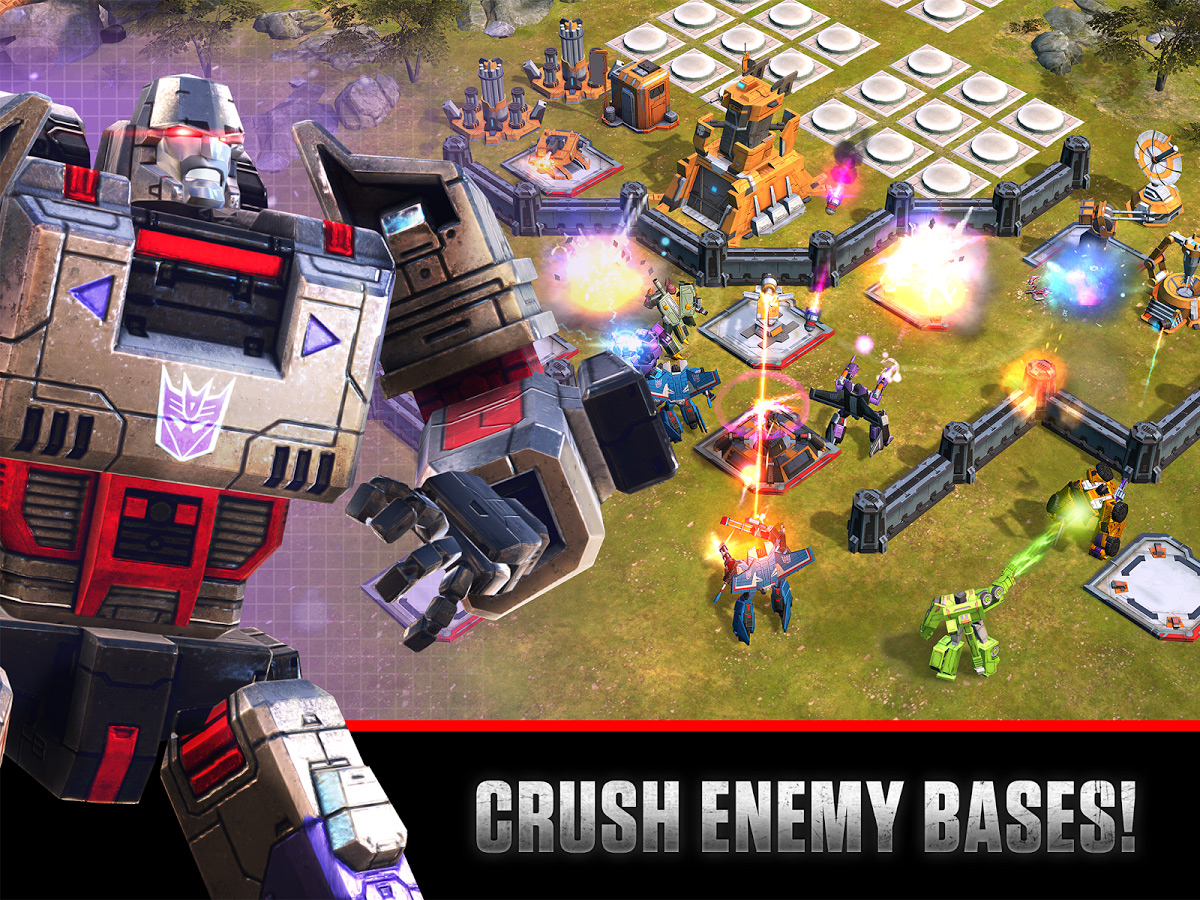 Since this is an RTS game, players will not only need to form their team of Transformers, but you will also need to build your base of operations. This includes building a number of different structures, upgrading them as well as researching additional technology upgrades for your transformers, defensive buildings, and resource management. One good feature for this game is that since everything is rendered with 3D visuals, you’ll actually get to see the Transformers… well.. transform. Each Transformer has their own unique abilities as well.

If you’re a fan of Transformers, or RTS games for that matter, then you’ll probably want to check this one out. Transformers: Earth Wars is available off of Google Play for free and does come with optional IAPs as well. You can check out the game’s trailer below to see some of the gameplay in action.