Released by Devolver Digital, Reigns is a game where players will assume the role of a monarch (kind or cruel, it’s up to the player) who must balance the requests and needs of differing and competing factions. To further complicate matters within the game, players will see the consequences of their decisions impact the game, the further along they go.

UPDATE: Wednesday, August 10th, 6:26 AM, PST: Devolver Digital has released the game Reigns. You can get through a game pretty quickly and it is quite challenging. Everything is based on the decisions you make. With a unique art style and fascinating game mechanic using critical-thinking and quick swipes, you advance through your reign of a kingdom. The game is available to download for $2.99 and does not include any in-app purchases. The link to download the game can be found below.

These consequences can become dire enough to put the royal family, and its hold on the throne, at risk. Some of these interests range from whether or not to build embassies in neighboring countries, in the hopes of fostering diplomacy, or giving justice to peasants who have been harmed by the drunken carousing of your soldiers, whether or not to hire an individual to oversee an unruly province, or how to tell that governor how to handle his problems. 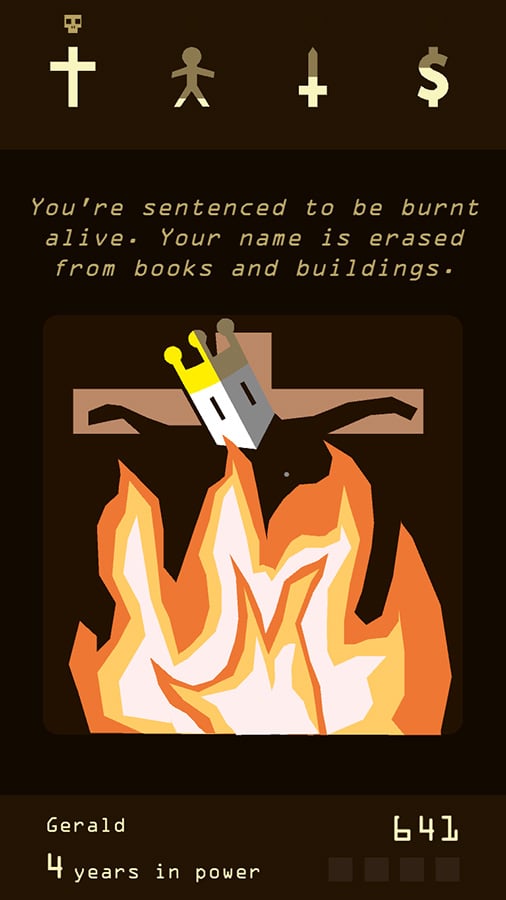 There are four different categories that these interests will arise from (the church, the people, the military, and the treasury). Each of these are indicated at the top, with the relevant interests being marked when the request arrives, and they will turn either green or red along with a rise or fall in its respective status, to reflect how each of those interests was handled. It’s not uncommon to have more than one interest riding on a single request, nor is it uncommon to see that the interests are conflicting.

The gameplay utilizes a mechanic that may be familiar to many, in that it parallels the leftward and rightward swiping that is found in Tinder. One could think of this game as “Tinder for monarchs”. The idea is to hold on to the throne as long as possible, with each card flip indicating the passage of a single year. Players who can meet special objectives will also be able to unlock new cards and content for the game as well.

Reigns will be available on Google Play for $2.99 when it arrives this Thursday, August 11th, 2016. Check out the trailer below to see more of the game in action. 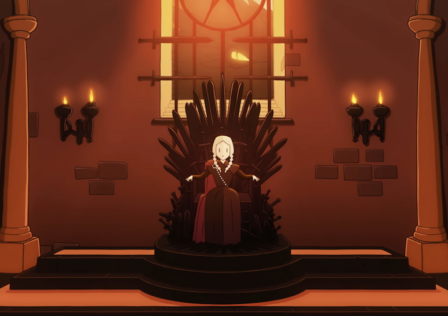