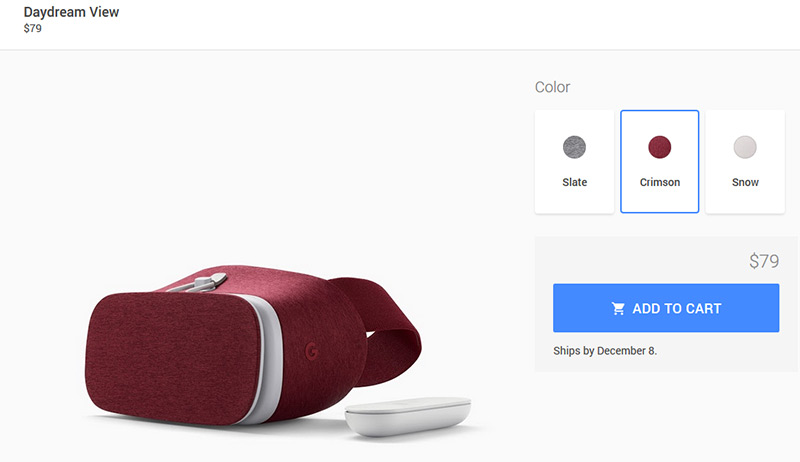 Instead of just making the Snow and Crimson color headsets available for purchase, Google has opted to put both of those colors up for pre-orders as well. Besides the color, there’s nothing different between those two headsets and the Slate one. Thankfully there happens to be more devices available to use with the Daydream View now besides the Pixel and Pixel XL, those being the Moto Z and Z Force, so maybe more people with buy the Snow and Crimson colors.

Either way, if you’re looking to pick up one of the alternative colors for the Daydream View headset, you can pre-orders your now off of Google’s Store for $79. Both the Snow and Crimson colors ship out on December 8th, 2016.