Gun Strider Review: Stylish Shooter Sure to Satisfy the Senses

Near the end of November, Dreamotion Inc. soft-launched the stylish arcade shooter Gun Strider, and it has become one of my daily addictions. There is something extremely satisfying watching Ivan, the gun strider, bend, twist, and spin around to shoot enemies in this kill-or-be-killed game.

Color me impressed! I don’t even like shooting or tapping games, but Gun Strider combines them with the perfect amount of style, performance and challenge to pull me in. No energy or stamina to worry about means I can play for as long as I want. I can quit anytime, really!

The graphics are unique and remind me of the works of Thomas Nagel. The silhouetted main character adds to the sense of immersion and the faceless enemies are easy to eliminate. Character movement is silky smooth and cinematic, reminiscent of some of the best movie gunfights in recent history (Deadpool, Shoot ‘Em Up, and The Matrix). And the outrageous visuals continue when you enter slow-motion Bullet Time or use the shotgun skill shot to take out several enemies. 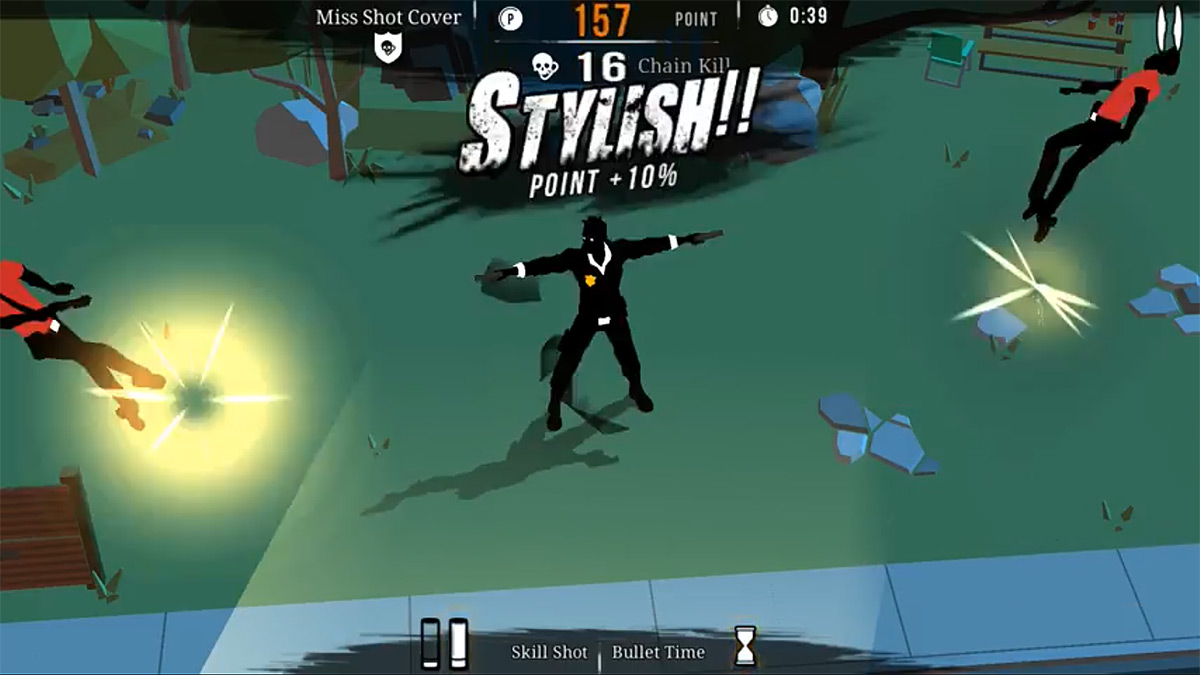 Game-play is simple and intuitive: tap on the enemies before they shoot you. The stages start off at a moderate pace then increase quickly as you progress. Along the way, innocent bystanders appear, adding to the tension; and the enemies get more difficult to take down.

I love watching Ivan tag two enemies simultaneously with a dual tap! All of the game-play features fuse together nicely to provide a healthy challenge to my tapping skills. That being said, I encountered a sharp difficulty spike moving from easy to normal mode, nothing that a bit of grinding and a weapon upgrade couldn’t handle.

The special effect sounds are good, it definitely sounds like video game bullets and bodies are flying, and the music fits the tone without being intrusive. I recommend playing with the volume up so you can avoid hitting innocent bystanders, because there is a penalty for shooting them. In this game, being stunned for a few nanoseconds could mean the difference between life or death. 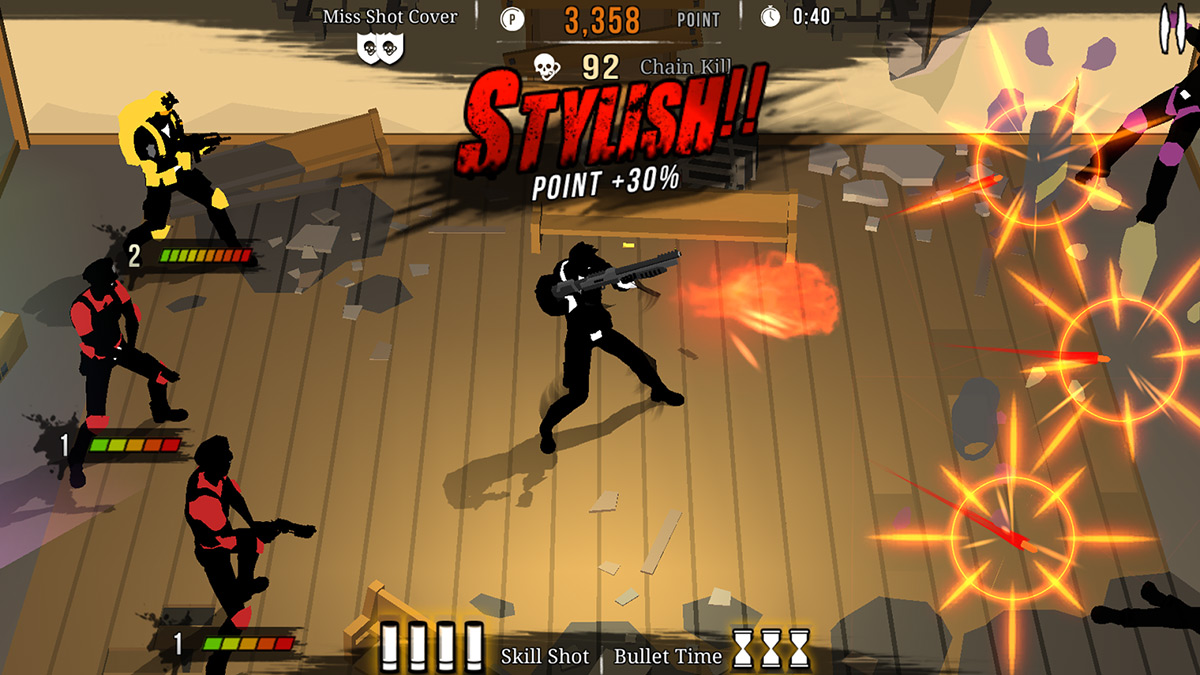 There’s not much of a storyline to Gun Strider. The game puts you into action almost immediately. A tiny bit of plot would help with the immersion, but it’s not needed. If there were a lot of cut-scenes, I would probably gripe about it. After all, I’m here to shoot bad guys and look awesome doing it!

If you want a game you can quickly pick up & play for a few minutes or hours, I highly recommend Gun Strider. As for the addiction factor, don’t say I didn’t warn you!