As players destroy various buildings, they will be awarded either gold tokens that stand for Adrenalin, or the more rare DNA Samples, with the latter being used to create the monster army, while the former fuels their powers. In between levels, players will have the opportunity to go into their own lab, to decide how much DNA to contribute to creating a new monster, in the hopes of creating one at a higher rarity. Once created, players can later evolve them in the  Monsters will execute their base attack while being ignored by the player. When players want to hit harder, they can trigger a given monsters special ability, by using swipe gestures on the appropriate beast. 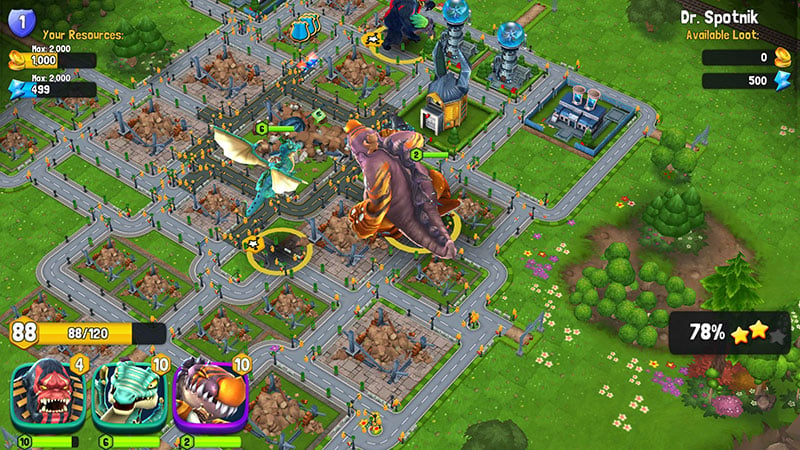 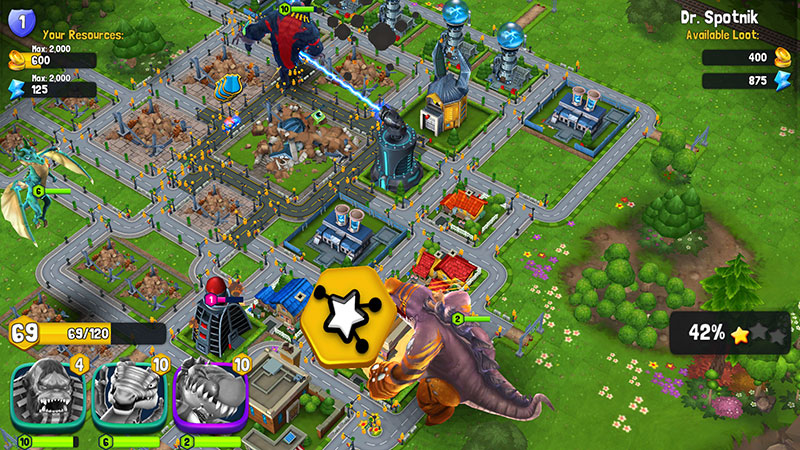 There are a variety of monsters available to players. For example, a giant ape named ‘Furious George’, or a fire breathing dragon named ‘Crispin’, or the oversized lizard named ‘Bobzilla’. Players are gauged by how much of the city that they level before time runs out, and are awarded stars out of a maximum of three available, along with whatever is collected of the aforementioned resources. Beyond just managing monsters, players will expand their lab into a thriving city, which other players can try their hand against. It’s not real time, but you will want to keep that in mind as you lay out the defenses in your own city.

MonstroCity: Rampage is currently available from Google Play. The game can be played for free, but it does include optional IAPs for purchasing resources. Players can check out the trailer below, to see more of the game in action.