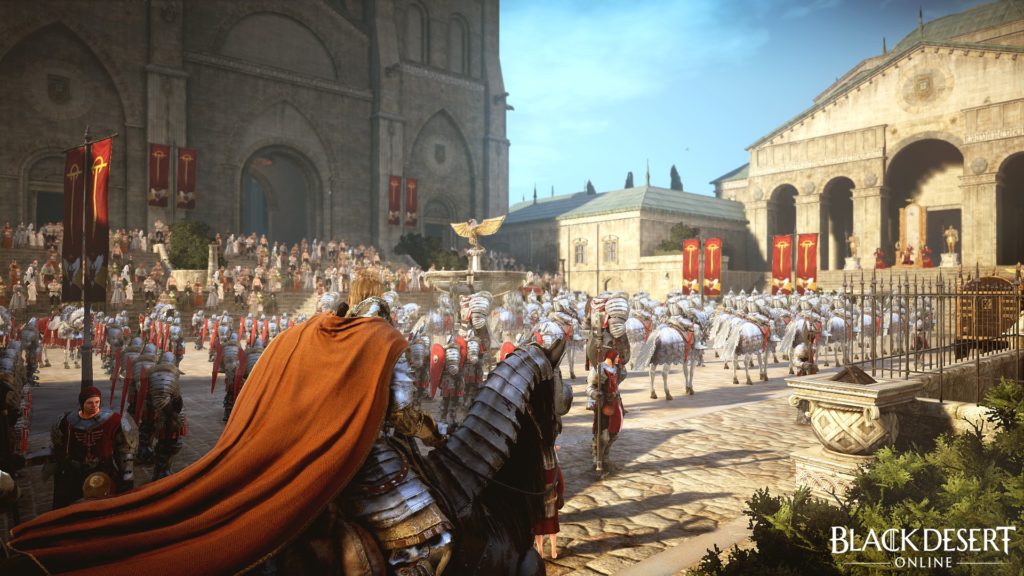 The popular PC MMORPG Black Desert is coming to mobile, though we’re not sure when. To help tied us over, developer Pearl Abyss has released a teaser trailer with a bunch of gameplay footage.

It’s only 30 seconds long, but there’s a lot to see. You’ll see gorgeous visuals, an isometric camera angle, and ridiculously action packed combat. Seriously, some of the special effects are mad.

We spotted what appeared to be a tank, samurai, berserker, and wizard classes, though their names might vary in the final product. It’s also possible that the three melee classes are the same but with different builds.

There also seems to be a crafting system. At one section of the trailer, you can see characters mining rocks, chopping down trees, gathering herbs, and fishing. Living as a civilian might actually be an option here.

Mounts also make an appearance, alongside other essential MMORPG features like open world PvP, dungeons, and enormous bosses to defeat.

That’s all of the clues we could draw out of the trailer. There’s no indication of when it might launch, but you can stay posted on Droid Gamers or the official site.