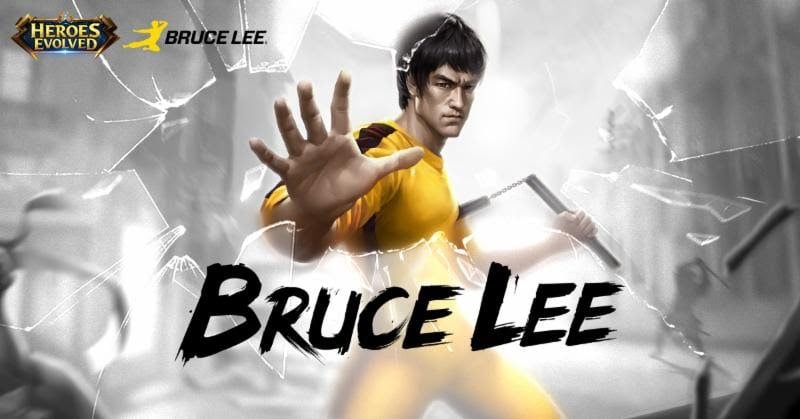 Bruce Lee is the hardest man who ever lived.

He could knock an opponent 50 metres vertically through a slate roof with a single one-inch punch.

When he executed a roundhouse kick, the resulting sonic boom would ensure that his opponent was deaf by the time Lee’s foot connected – fatally, of course – with his face. And Bruce Lee could fly.

It’s no wonder then that R2Games has added him to the roster of heroes in its popular 5v5 MOBA Heroes Evolved.

Bruce Lee – the first of many pop culture figures slated to appear in the game – will be available as a character from October 18th. Prior to that you’ll be able to complete three in-game challenges to grab Bruce Lee for free as soon as he arrives.

Lee will come with his own unique set of devastating martial arts moves. Check out one of them – the uncharacteristically cowardly Bullet Dodge – in the video below. You can read more on the character’s official page.