CryptoFights gives you the power to you buy, sell, and trade in-game items for cryptocurrency

There’s a new blockchain-based game on the way, and its developer Thoughts in Motion, Corp. promises it will break new ground in the blockchain gaming sphere.

CryptoFights is a 1vs1 action RPG that features serverless gameplay, using a sidechain to enable high performance gaming while securing game assets on the Ethereum mainchain. Think of CryptoFights as a sort of turn-based Tekken, but with additional interchangeable items like weapons and armour that give canny players a killer advantage in real time.

The game uses blockchain validation to prevent cheating. In fact, the integration of blockchain into every aspect of its game mechanics and economy makes CryptoFights by far the most ambitious blockchain gaming project we’ve come across to date.

Naturally, CryptoFights will use the latest ERC-1155 standard to mint game assets on the Ethereum blockchain. In case you’re not up on your blockchain standards, ERC-1155—created by Enjin Coin—has attracted high interest thanks to its potential to replace the creaking ERC-20 and ERC-721 token standards. More robust and flexible than its predecessors, ERC-1155 allows for fungible (“replaceable” or “interchangeable”), semi-fungible, and non-fungible tokens. 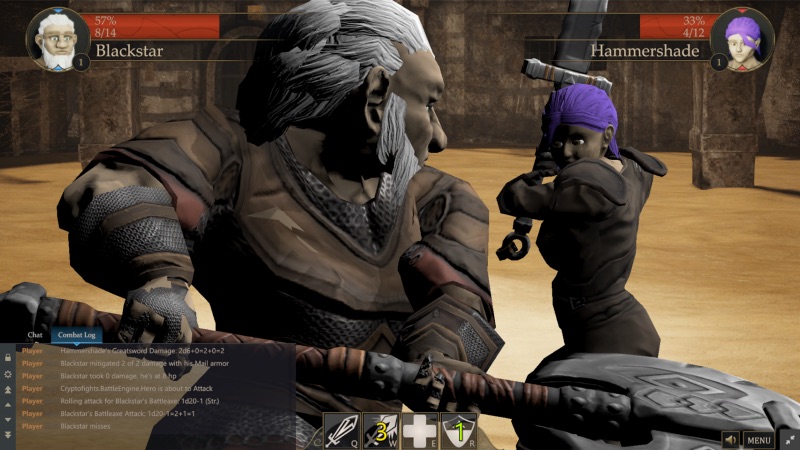 ERC-1155 also allows developers to create a single core contract for an infinite number of tokens, making it drastically more efficient than previous standards. This reduces not only the amount of code that has to be copy-pasted into every token, but the amount of actual energy needed to deploy tokens and run games

Perhaps most interestingly of all, items in CryptoFights will be backed with Enjin Coin (ENJ), a genuine cryptocurrency that players will be able to redeem by melting down their in-game items. Players will also be able to buy, sell, and trade items—represented by ERC-1155 tokens—through peer-to-peer third-party platforms.

If you’re finding this all a bit hard to follow, don’t worry -it’s easier than it sounds. Join the community now on Discord and Telegram, and learn more about CryptoFights via its official website.