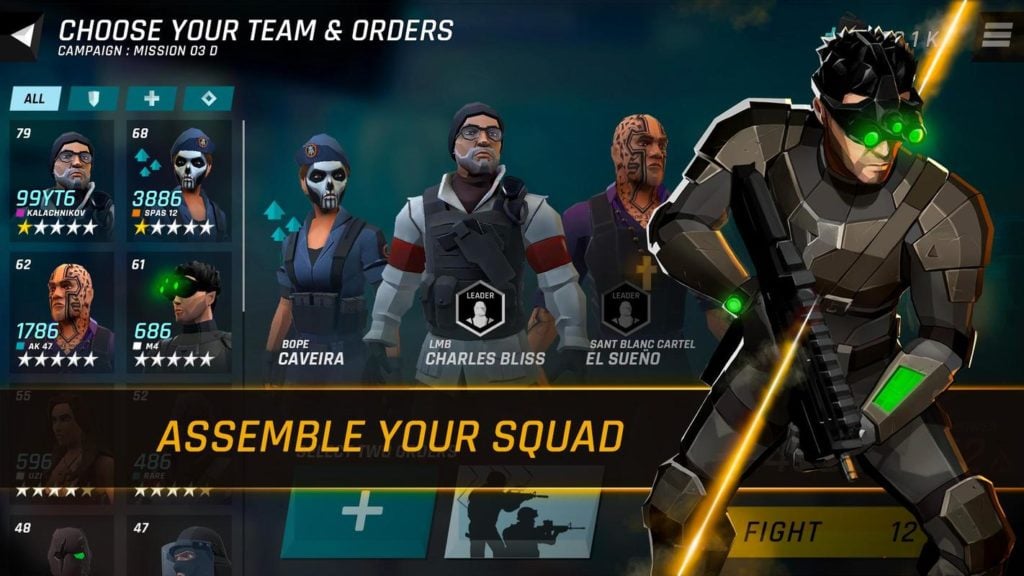 The Splinter Cell franchise is coming back – though not in the manner you’d hope. Rather than an open world stealth game or something, we’re getting a mobile game: Tom Clancy’s Secret Project Alpha.

As you can expect, it’s a gacha RPG. You’ll build a team out of soldiers from Ubisoft’s Division, Rainbow Six, Ghost Recon, and Splinter Cell franchises.

You’ll then battle it out in 5 vs 5 cover-based battles across a vast campaign and events. Complete the latter and you’ll earn some nice rewards.

You can upgrade each of your soldiers to increase their power, and use combat orders to help turn the tide of battle.

It seems like Tom Clancy’s Secret Project Alpha is out now in beta, so go and grab it on Google Play.