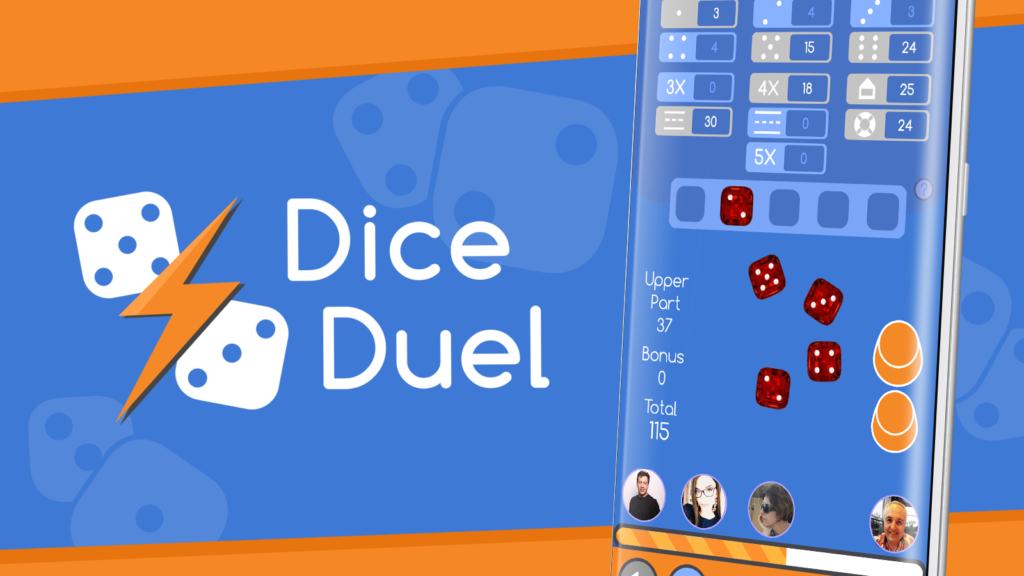 It’s amazing how many different games there are to play on mobile, from obscure arthouse products with a political message like Blackbar to bubbly casual puzzlers like Toon Blast, all of them made possible by the mass market touchscreen miracle of the smartphone.

However, the best games are usually the ones that have been around the longest, and Dice Duel is based on a game that has been around for the best part of a century, albeit with several modern twists to bring it bang up to date.

The game in question is Dice Poker. This venerable pastime involves trying to get poker-esque hands with five dice. You get three throws per turn, and you can hold back as many dice as you like from throw to throw.

For example, if you’ve got three sixes you can just roll the remaining dice and hope for another two sixes (assuming you still need a five of a kind or sixes). By the end of each game you need to have ticked off all of the hands.

The skill is in knowing which hand to aim for and when, based on how your first throw shakes out and what’s still left on the board. It may look simple, but Dice Poker is surprisingly tactical.

Of course, Dice Duel isn’t merely Dice Poker. It’s a cutting edge mobile game that leverages the latest advances in telecommunications technology to give you an almost unlimited pool of human players to take on in fast, thrilling bouts (or slow relaxing ones for that matter).

You can challenge players, take on a random opponent, play for gems, and even run numerous games at the same time, hopping between them like a chess prodigy showing off. 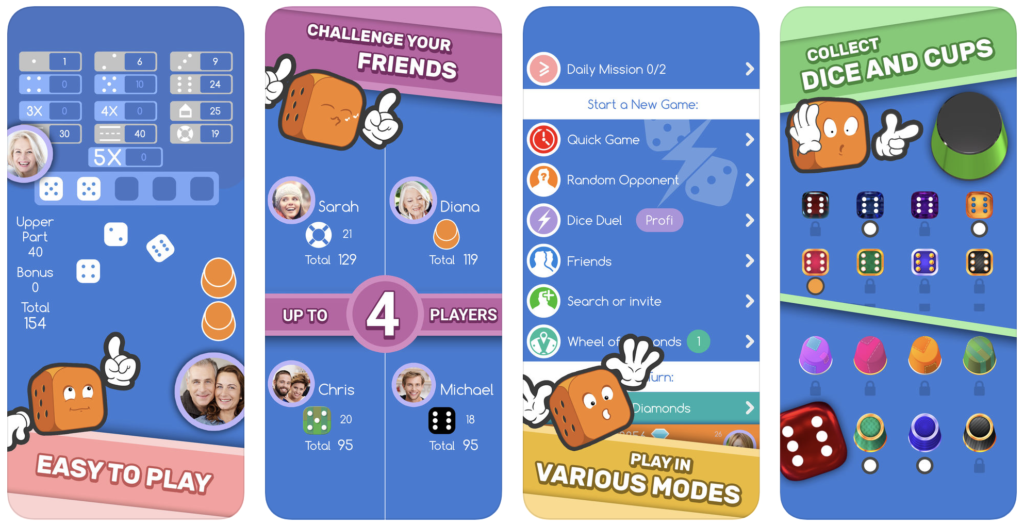 All of which explains why Dice Duel is one of the most popular games on the App Store. In fact, according to developer b-interaktive it has been hovering at the top of the downloads chart since 2011.

In its home territory of Germany, Dice Duel has been in the top five of the highly competitive Top Grossing, Paid, and Most Downloaded charts for years, and in the top 3 Board Games.

The game’s user base has double every year, thanks no doubt to the care and attention b-interaktive is lavishing on it in the form of updates, tweaks, and player liaison.

If you haven’t already given Dice Duel a go, download it now for free on Google Play (and the App Store!).