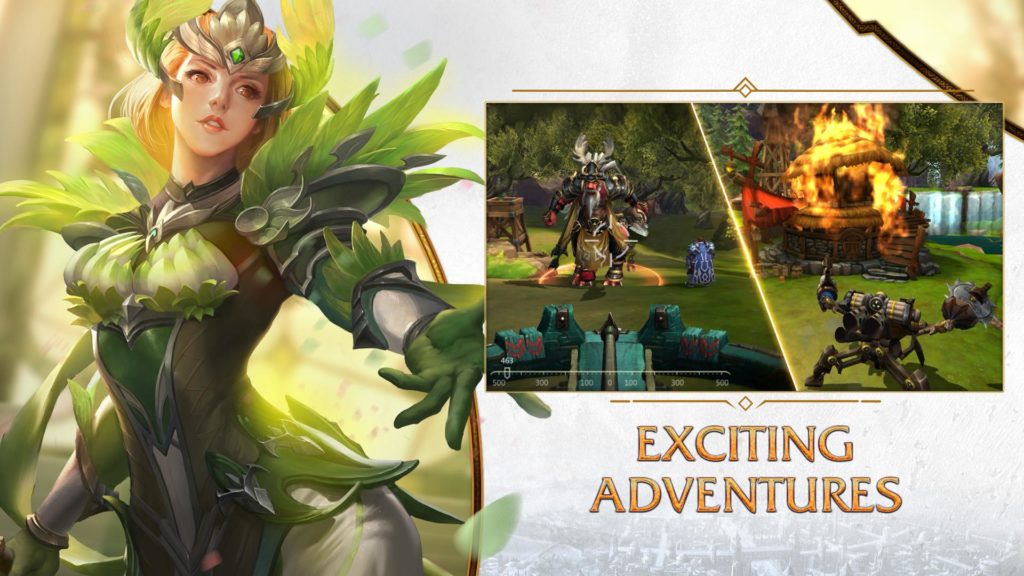 Era of Legends is a brand new mobile MMORPG that you can grab right now on Android. It’s pretty standard fare, with you creating a character out of eight different classes.

You’ll then head out to explore the wide open world. Along the way, you’ll complete quests, hunt for hidden treasure, and solve a variety of mysteries.

Era of Legends is a brand new mobile MMORPG

Along the way, you’ll collect a variety of different mounts, pets, equipment, and skins that help you customise your character in your own image.

If you fancy an extra challenge, you can head into dungeons to face even more difficult monsters for better loot. This is not for the feint of heart though.

Then there are PvP modes that pit you in either a 3v3 or 5v5 online battle against friends. You’ll both duke it out to gain resources and capture the flag.

So head on over to Google Play if you’re a fan of MMORPGs to grab this awesome new one right now. You almost certainly won’t regret it.