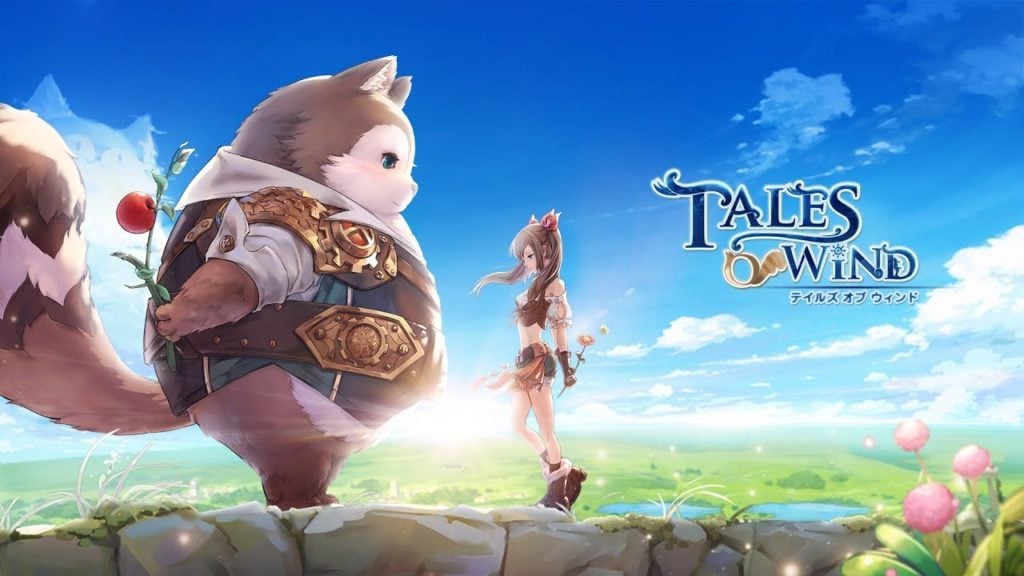 Tales of Wind is the western release of Laplace M, a mobile version of the classic PC MMORPG. As you can expect, it’s largely a game that plays itself. However, there are a few small innovations here and there.

It begins with a tutorial, complete with story, cutscenes, and, rather surprisingly, actual voice acting. It’s very terrible voice acting, but a nice touch of quality all the same.

At first, it appears to just be another MMORPG that plays itself, requiring very little from you aside from a few taps here and there.

But then you unlock the Kingdom menu and everything changes. The actual quests themselves are few and far between, with the bulk of the experience consisting of team-based activities.

These range from your standard dungeon crawls for equipment to full-blown server-wide quests that involve tons of players. There’s a huge variety of PvE and PvP missions to undertake.

Tales of Wind features a huge variety of content

While this is incredibly welcome – we play MMORPGs to group with others, after all – there is a slight downside: the grouping system.

Rather than use matchmaking, which makes grouping an absolute breeze in other games, Tales of Wind has you applying for, or setting up, groups.

We haven’t had an enormous amount of trouble with this so far (and even if there’s a small wait you get AI mercenaries join instead of players), it really is a far cry away from matchmaking.

When you’re not out participating in group play, you’ll likely spend time on your farm. This is a surprisingly fun mini-game that plays like a lesser version of Stardew Valley.

You’ll plant crops, feed animals, bake goods, and much more. Then you’ll sell your produce to make cash. While it’s generally a very simple affair, it does offer a nice change of pace for when you’re not so much in the mood for whacking monsters.

Autoplay does play a huge part, but there are modes that don’t function with it

Autoplay does play a huge part in Tales of Wind, with much of the action being automated. However, during certain quests, autoplay simply isn’t possible. That’s a nice balance, as there’s something to do regardless of how you feel like playing.

That’s Tales of Wind’s biggest strength: its wide variety of content. There’s plenty for the autoplay crowd, those that actually like to play games, and those who like to solo or group.

It’s got something for everyone, and you can achieve all of your dailies with relative ease, so it doesn’t really require much of your time.

Pay to win isn’t a huge problem at this point either – unless you’re serious about PvP. It’s generally easy to find a group to tackle content regardless of your level or ability.

Overall, Tales of Wind is a high quality new entry in the world of mobile MMORPGs. It isn’t the saviour we perhaps need, but it is a viable alternative with an absolute wealth of content. Grab it right now on Google Play.

One of the better autoplay MMORPGs

Tales of Wind is easily one of the better autoplay MMORPGs out there. It features an absolute wealth of content for those that like this sort of thing, and isn't entirely pay to win.