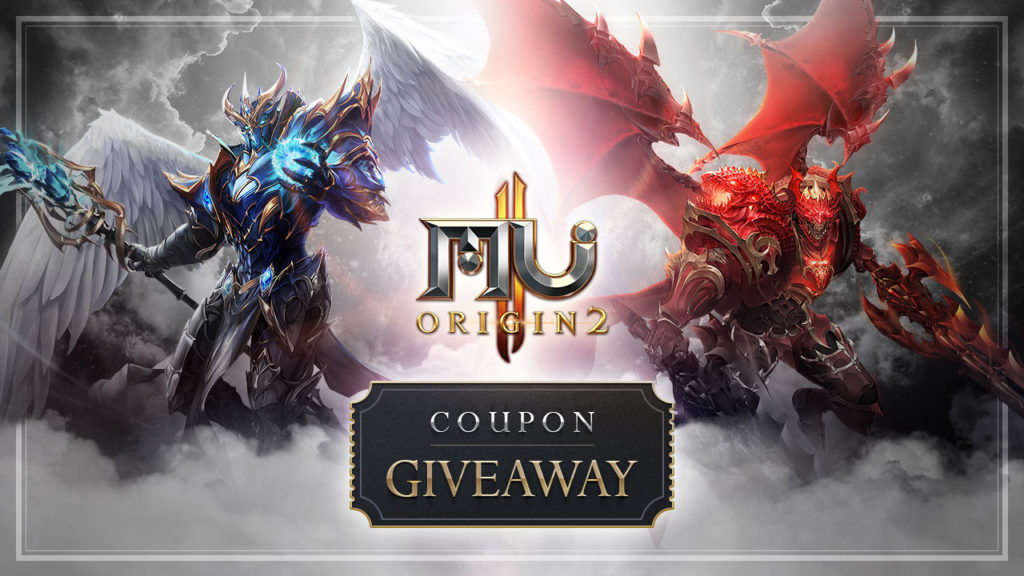 After months of teasing, MU Origin 2 finally hit the app stores last week. And it’s off to a flying start, racking up over 50,000 downloads in its first few days.

To help it along, developer Webzen is giving away dozens of coupons for in-game items to players all around the world. Details on that to follow. First, a little bit more about the game.

MU Origin 2 is the follow-up to, you guessed it, MU Origin. That game has been dominating the RPG charts like Godzilla for the last couple of years, thanks in part to a succession of huge content updates that have kept the game fresh and exciting.

In this sequel, you get to choose from Dark Wizard, Dark Knight, and Elf before setting off on an epic fantasy adventure filled with monsters, beasts, magic, and pretty much everything you’d hope to find in a mobile MMORPG.

That means a single-player campaign, strung together by story quests. It also means dungeons and raids, which you can take on solo or in a party with other players around the glove.

Plus, you get a pet. Specifically, you get an animal that will fight alongside you in battle, and another one that will carry you from place to place across the sprawling MU Continent. You can upgrade these, along with yourself, and much more, unlocking new content as you go.

Prior to the game’s release, Webzen held a brief, week-long closed beta, which yielded some interesting results. For instance, it revealed that more players choose to be Dark Wizards than either of the other two options, while Elf is the least popular choice.

So you can arm yourself with that knowledge – or not – as you take your own first tentative steps in the universe of MU Origin 2.

And, if you’re lucky, you can arm yourself with some free loot via a coupon from Webzen. Specifically, you can nab 1m Zen, ten Jewels of Blessing, and 20 Condor Feathers.

Getting a coupon couldn’t be any easier. Really. We’re giving away 75 every Friday for the next four weeks. They’re in this article, at the bottom, listed by region (US West, US East, and EU). Go and grab one now if you like – they won’t hang around for long. Just please make sure you paste the code you’ve just used in the comments, so that your fellow readers know it’s taken.

Once you’ve nabbed a code, here’s how you redeem it. First, tap the ‘reward’ icon on the top-right of the screen. Then scroll up to the ‘coupon’ tab on the left-hand side. Enter your coupon code when prompted, and tap ‘exchange’.

**Update** We’ve got the fourth and final lot of codes ready for you right here – tuck in!