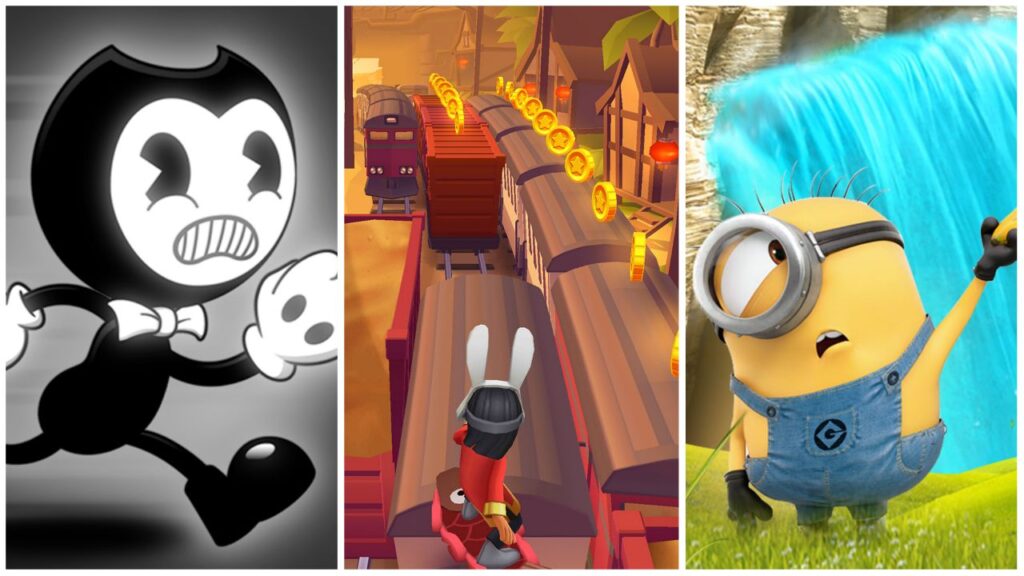 Take a look at our choice for the best Android endless runners! Sometimes you don’t want a game with depth, you want one that’s fast-paced and, when you die, you can jump straight back into the action.

There’s quite a few to choose from, so which is the best? More accurately, which are the top ones that you can download on Google Play? Well, we reckon that these ones are.

Subway Surfers is one of the classic endless runners. We all remember downloading it back in the day when it first came out. Full of flashy graphics and fast-paced gameplay, it was a blast to play – and it still is! As the game’s been out for quite a few years now, there’s a ton of new content to play through.

Similarly to Subway Surfers, Temple Run is one of those games that you probably think of when the words “endless runner” pop up. Another one of the classics, Temple Run took the world by storm upon its release. Temple Run 2 is an upgraded version of the first installment, and has a bunch of new levels. Step into the world of challenging fast-paced action in the latest entry.

Minions may not be the first thing you think of when envisioning an endless runner, but here we are. If you’re a fan of challenging games, and Minions, you’ll love this one. Play as a Minion as you take part in a plethora of exciting missions. Collect bananas, battle enemies, and unlock new costumes!

Slide down the side of a mountain, chasing llamas, sliding on bunting and leaping past hot air balloons. Both of the Alto’s games could have made it onto this list, but we went with the newer of the two.

Sprint through a world riven with flesh-eating monsters. Find weapons, and shoot the zombies in the face! It’s a simple idea, delivered pretty much flawlessly. There’s a frantic terror to the experience that makes it hard to put down.

A lovely looking cartoon sprinter that sees you taking on massive bosses as you hurtle along. There are different characters, and a decent story pushing things along as well.

One of the original, and perhaps still among the best, endless runners on the Play Store. It’s action packed, full of explosions and silliness, and it’s still a compulsive gem even after all of these years.

Another auto-running remix of a classic platformer. Sure, it ignores most of the things that make actual Sonic games great, but there’s a speed here that’ll keep you on your toes, and a nostalgic pang that’s hard to beat. The first one’s pretty good too.

That’s it for our best Android endless runners guide! Did we miss any? Let us know down in the comments.