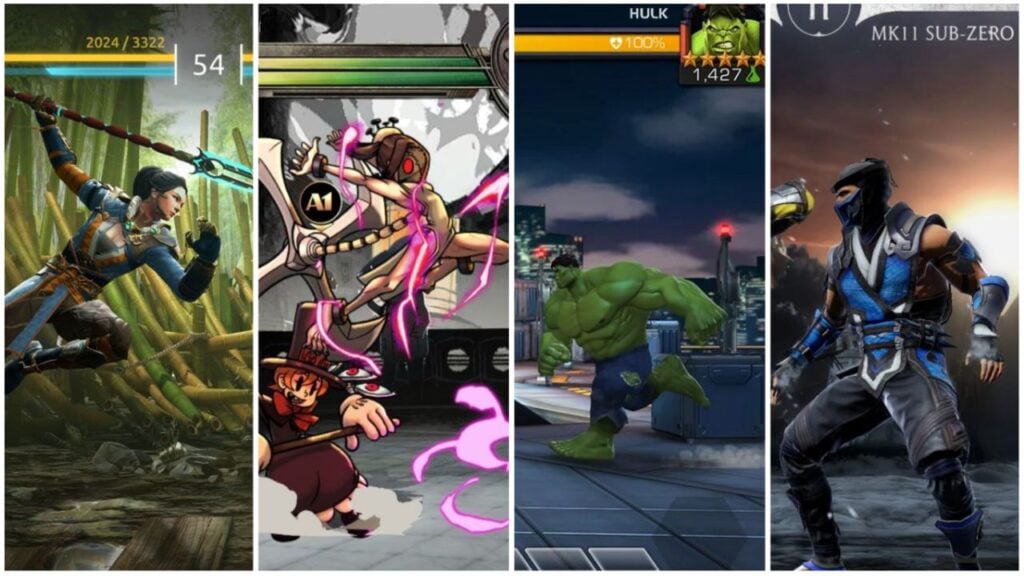 So, we’re rounding up some of the Best Android Fighting games. The best thing about video games is that, for the most part, your violence has no recriminations. You can punch as many people in the face as you’d like and nothing bad will happen. In fact, the games in this list positively encourage you to punch people in the face. And kick them. And fire lasers out of your hands at them.

There are arcade fighters, mid-core smashers, and loads more. You’re going to find the perfect fighting game for you in this list, we can pretty much guarantee it.

The latest in the Shadow Fight is a gorgeous ride through meaty battles with unique weapons and abilities. It works really well on mobile and there’s always a fight waiting for you. Regular tournaments keep things fresh. It looks really, really good too.

Earning new characters without spending money can take a while, so keep that in mind.

One of the most popular fighters available on mobile. You’re creating a team of your favorite Marvel heroes and villains and then battling it out for supremacy with a bunch of other AI and player-controlled squads. There are a metric ton of characters to choose from, so you’ll probably find your favourite Marvle character here.

It’s easy to pick up, but it’s pretty darn hard to master.

If you prefer your fighters fast and furious and with three other players, then Brawlhalla is definitely the game for you. The platform fighter’s art direction is super fun, and really draws you in. There are loads of different fighters to pick from and a bunch of different modes. The game plays brilliantly on a touchscreen too.

Time to add some silliness to the list. Rowdy City Wrestling doesn’t take pugilism seriously, instead throwing in some silly physics, hulking characters and loads more. It’s not shallow, but you’ll fall in love with the game in a matter of minutes.

A much more traditional scrapper. A bunch of characters with combos and special moves to learn, graphics that look like they’ve been lifted from an animated series, and the kind of neon-flashing finishers that are going to leave you drooling.

A bright and frantic multiplayer scrapper that sees you jumping into a variety of different modes to punch and pound your opponents into dust. There’s always something to do, and the game borrows ideas from other genres to keep things nice and fresh.

If you’ve ever played a Mortal Kombat game, you’ll have some idea of what you’re signing up for. It’s face-paced, brutal combat where you get a close-up look at your opponent’s spine crumbling in real time as the finishing move hits. It’s great fun, though newer characters do tend to drop behind a paywall for some time after release.

That’s our pics for the best Android fighting games. Anything you think deserves a spot? If you’re looking for some flight to go with your fight, check out our feature on the best Android endless runners too.