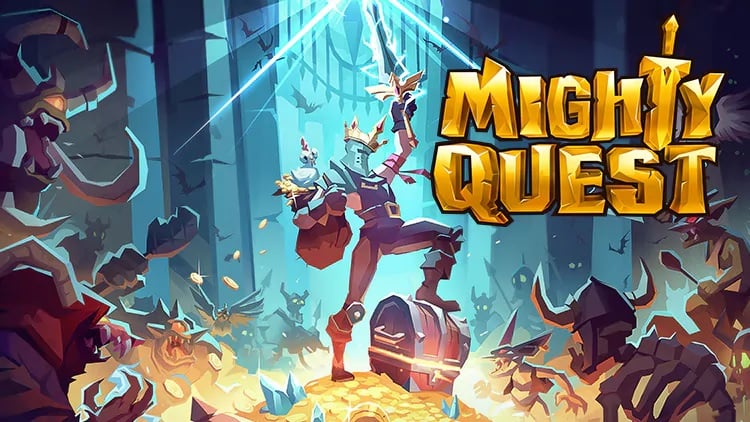 Now, I have written many times about how frustrating it is for a mobile game to face you up against other players when there are paid methods to get better items. But, don’t let predatory practices throw you off a well made and engaging mobile.

But it is pay to win?

Yes, I will not argue that The Mighty Quest for Epic Loot has way too many in-game currencies and chests. But it does not seem to bother me as much as other games.

Maybe it’s because I have only been playing a couple of days and the real frustration has not yet set in. Or maybe it is because I haven’t bothered with the arena which is the PvP mode in the game.

It could be a combination of the above, but what I am trying to say is you can have a good time without spending a dime! Yes, you could clear the campaign a lot quicker by purchasing chests and getting a good weapon sooner.

Or you can complete many achievements and missions to earn chests the good old-fashioned way. I wasn’t looking for an easy ride, I am looking for a good bit of challenge when I play a dungeon crawling game like this.

This question is a little hard to answer. The challenge is not fighting the hordes of enemies because you have such a large health bar that it’s tricky to die. There is more of a challenge in trying to get each level to three stars.

In order to three-star a level, you need to complete it in a time under three minutes while killing all the enemies. If you want a bonus challenge, there are three chests to find in each level too.

The first few worlds in the Adventure mode don’t offer too much challenge besides the boss fights. But the good news is there is a Trails mode for those of us who like more of battle.

In the Trials mode, you only have a certain number of tries to get through some tricky levels. The more items in your inventory you promote to the next star level, the more levels you can try. So upgrading your sword, armour and shield each has a unique trial.

I have only spent a couple days playing The Mighty Quest for Epic Loot and I am not bored yet. There are some things I won’t waste much time on, like fighting other players who have bought great gear, but that doesn’t mean you shouldn’t play.

There might be stages later on where you need to get epic loot to pass. But that’s fine by me, I will either farm and grind for this loot or stop playing altogether.

I believe a video game is only as good as the experience it gives you and I having a good experience so far. If you come into The Mighty Quest for Epic Loot with an open mind, I am sure you will enjoy your time here too.

A one-touch RPG adventure game that is difficult to put down.

A game like this only takes up a couple of hundred megabytes on your phone but has hours of content at your fingertips. It's a shame there is no offline capability otherwise I would recommend this to others easily.