Death Squared is Now on Sale 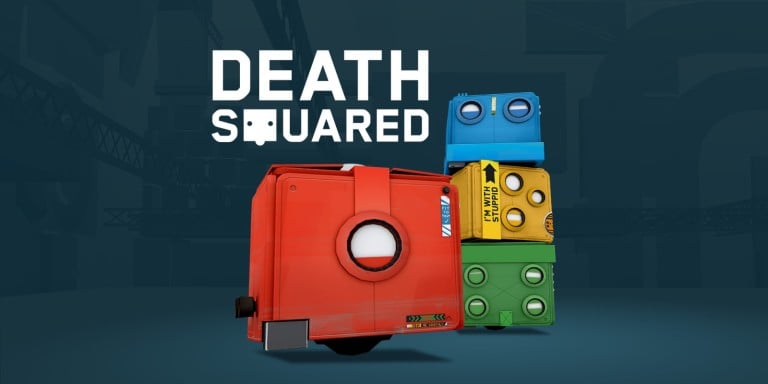 Death Squared is a puzzle game where you have to ensure your robots complete the puzzle without exploding. The puzzles are like Portal 2 but with no use of a portal gun, just lasers, moving blocks and robots exploding.

Death Squared – Portal 2 styled puzzles but without the Portal Gun

Death Squared is a puzzler where you can team up with a friend or work by yourself to clear each room. As far as I know, the co-op is limited to the same device, so you can’t play online with people across the world. They limit you to those who are in touching distance in your life, which at least means you don’t need an internet connection to play.

There are over 80 puzzling levels paired with an entertaining story. Voice acting in the game as performed by Ricepirate, if you know of his work then this is a big plus! The last thing to mention, there are a ton of adorable hats to put on your robots, so you can have something to look at while solving puzzles.

If you are interested in Death Squared, then you can grab a cheap copy from the Play Store today.