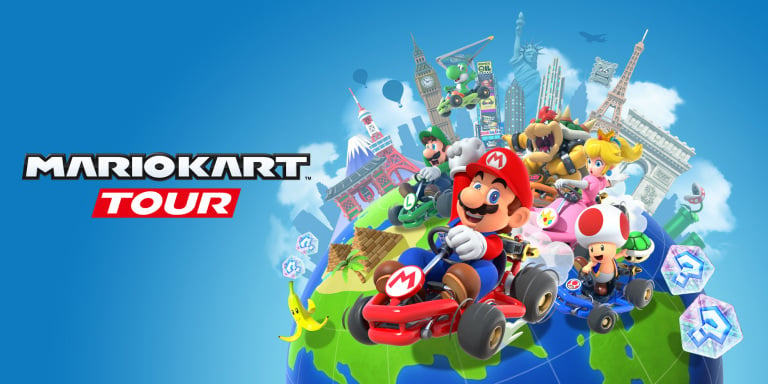 I am sure you all know what I think of Mario Kart Tour, but I am afraid it only gets worse for any loyal fans of Nintendo’s latest mobile creation.

Besides the many problems I stated in my review, the more I play Mario Kart Tour the more problems throw themselves at my feet. The latest being that once you complete the 10 cups available, you can use your tickets to skip the wait timers for the next six. After these six, you’ll end up exactly where I am, and that’s doing nothing.

They released Mario Kart Tour without multiplayer or an arcade mode where you can choose your own tracks, cars and characters. Instead, you are forced down a trophy road system which has no new content coming for at least the next 7 days. So before anyone leaps to the defence of Mario Kart Tour, what am I supposed to do for the next seven days?

Every game has teething problems when it is launched, but Mario Kart is no ordinary game. It has a budget bigger than most mobile games, it has an audience larger than most mobile games and more importantly it’s had years of experience making good Mario Kart games. To release a title, with 16 cups (with only three tracks per cup) just screams lazy.

Most players will binge through content, not knowing that they will have nothing to do for the immediate future. It’s not like they released Mario Kart Tour with multiplayer, which would be too much of course!

If you would have told me they would release any Mario Kart game without multiplayer, I would have laughed. I remember playing multiplayer Mario Kart of my Gameboy Advance, yes you needed a special wire, but they included it from launch!

What Else is Wrong?

Besides the worst controls of any mobile driving game ever, there are several other features that have jumped out at me since the review. I am sure that because there is no multiplayer yet, that the single-player campaign is full of bots. This doesn’t sound like a problem until you realise it randomly generates the names to make you think you are playing other people.

I mean, why do I need to be tricked into facing other people? For years I have raced against Bowser and Luigi (Luigi not included in MKT) and have had no problem in doing so. The more I think about it, the more I am sure that I am racing robots with human names. Why else would there be the traditional 50, 100 and 150cc speeds if it also didn’t include difficulty?

Another feature I noticed is they make it damn near impossible to get five stars in certain levels. If you have certain characters and cars, you earn more XP on several tracks. Which means you will have to pay to collect more vehicles because otherwise, you won’t be able to get five stars on every level.

What Needs to Change?

A player enjoying a game is a subjective experience. You will have some people loving the one-touch controls and landscape mode, others will want full control and portrait. All that matters is “is there enough content to keep the players playing?” The answer to this question is a big fat no!

There is not enough to do in Mario Kart Tour to keep me entertained. Not only content-wise with such a bare-bones approach to the Mario Kart series. But also gameplay, I have never had a driving game rely so little on my skill that I don’t even try and I win.

Mario Kart Tour needs to become just like every other Mario Kart game to become a success, but I am sure that won’t happen. I am sure that Nintendo will wash their hands with this game and spend as little money as possible bringing it to an acceptable level.