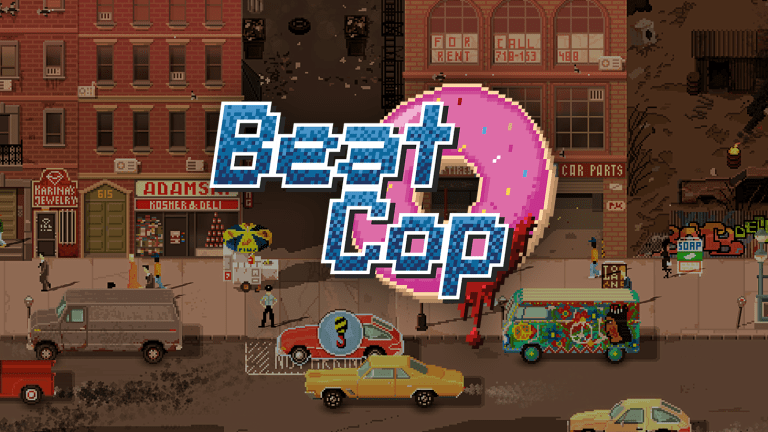 It’s no big secret that my particular tastes don’t regularly align with the Droid Gamers reader base. I’m sympathetic to free to play, have a penchant for mobile games that are best played in small bursts, and I’m quite partial to an MMORPG or two. That’s a recipe for disaster in these quarters, where our readership prefers rich and deep mobile games that make good use of the platform they were designed for.

But I’m not going to lie to you guys in order to win favour. I’m going to tell the truth. The picks below are my genuine favourites, and the Android games that I spent the most time with in 2019. They probably aren’t your picks, and you probably won’t like them, but here they are.

If you’d like to read more of our Best Android Games of 2019 series, check out our other lists below:

Sam had plenty of negative to say about Mario Kart Tour at launch (rightly so, the pay to win is strong in this one) but I haven’t stopped playing it since day one. I love the Tour structure, which provides new courses, characters, karts, and more every two weeks, and I find the weekly cups addictive – even though they are becoming increasingly more P2W over time.

But most of all, I just love the simplicity of it. When I first learned that Mario Kart was coming to mobile in a one-handed format, I didn’t believe it possible. Now, I simply can’t get enough of chaining drifts, items, and coin collecting into massive combos attempting to beat mine, and other’s, high score.

Call of Duty Mobile does literally what it says on the tin. It’s Call of Duty. On mobile. The shooting is as satisfying as it is in its console variants, I love the return of many of my favourite maps, and the addition of controller support was the icing on the cake.

It’s also fairly free to play friendly, as you can unlock all of the weapons by simply playing the game. Sure, it will take you absolutely ages to do it this way, but the option is there. Good stuff, Tencent.

Bad North: Jotunn Edition seems so perfectly suited to mobile that we’re surprised it didn’t launch on the platform in the beginning. It looks and plays absolutely wonderfully on a big tablet, as you direct your troops around a variety of tiny maps.

My favourite feature of this game is the attention to detail. I love how your units change appearance when you upgrade them, how arrows get embedded in shields and stay there, and the way your units shift around in combat. There’s also such a deep layer of strategy that belies its simplicity, as you learn how best to deal with each individual enemy unit.

After a bit of a break, the prolific Adventure Islands returned to mobile with the absolutely amazing Total Party Kill. This pixelated adventure challenges you to use the unique powers of a warrior, wizard, and archer to solve a wide variety of fiendishly difficult puzzling levels.

What I loved most about Total Party Kill was the sheer number of unique combinations you could discover over time, which led to some insanely creative puzzle solutions. I also never really got the sense that the puzzles were linear, and that there were multiple solutions to each problem. Genuinely creative stuff.

I’m just as surprised as you are that BTS World sits on this list. When I first learned about it I mentally wrote it off as a cynical cash-in by Netmarble, but in actuality the game felt like a labour of love by a genuine fan of BTS and it was incredibly infectious stuff.

What I loved most about it were the genuinely charming interactions between you and the band members and how you really felt like you were developing a relationship with them. It was also nice to see the band members grow over time, as each of them had their own little quirks that occasionally got in the way of their stardom.

It’s easy to be sceptical about BTS World, and write it off as a cash-in aimed at tiny fans, but it’s not easy to hate it when you’ve played it – unless you have a heart of coal.

I thought Nonstop Knight 2 would be just more of the same, but in actuality the sequel got a bunch of changes that made the core loop a lot more addictive. It borrowed less from Diablo and more from Destiny this time around, with three skill lines to go down and loot that riffed off them.

I loved the streamlined upgrade system. It made getting new loot genuinely exciting, as it might actually make a difference in terms of gameplay. That’s a marked change from the first game, where new loot often felt like it gave you a minor, and often meaningless, statistical change.

Former Droid Gamers Editor Sam was responsible for getting me hooked on Archero, which is basically an endless roguelite from a similar vein to Binding of Isaac. Though you were fighting with bow and arrow, it never felt quite as slow and cumbersome as that. In fact, the combat seems to borrow more from a bullet hell shooter than genuine archery mechanics.

What I loved most about Archero was how each run felt genuinely different to the last, as you collected different power-ups each time. Sometimes it would feel like you’d won the lottery, as you get amazing power-up after amazing power-up, while the next time it might feel like luck had turned against you.

Finally, a genuine Monster Hunter on Android! Well, not quite: Rangers of Oblivion is Monster Hunter in all but name though. You create a character and set out to defeat a wide variety of gigantic beasts, crafting new ridiculously over-sized swords and armour out of them. There’s a weapon choice for any particular play style, and the bite-sized levels were perfect for a bit of play here and there.

What I loved most about Rangers of Oblivion was how much it encouraged socialising. Actual Monster Hunter often feels a bit of a lonely experience. Sure, you can play with others, but meeting up often feels like a bit of a chore unless you’re playing with friends. By making the hub cities feel like an MMORPG, it was a lot easier to meet up with fellow Rangers and form teams. Capcom, take note.

Mobile is rife with battle royale games but, for my money, few feel as good as Cyber Hunter. It’s just got so much going for it, from satisfying shooting that works a charm on mobile, genuinely stunning visuals, and its awesome sci-fi style. It also borrows liberally from many different games, including Fortnite, The Legend of Zelda: Breath of the Wild, and more.

What I loved most about it was the building system, which is incredibly streamlined. Rather than craft stuff out of materials you gather, you simply pick up the resources out of containers and build from a predetermined list. You can craft barriers, healing stations, bikes, and more. Basically, if you need it, you can craft it.

Rumble Stars Football is the best Clash Royale-like on mobile, and I’d argue that’s because it’s nothing really like Clash Royale at all. It’s not just a reskin, with you throwing card-based heroes onto a battlefield to counter your opponents or destroy a tower. Instead, it’s a messy game of football where the goal is, well, to literally score a goal.

What I loved most about it was how each unit felt very different to the last, and that many of them could double up in different roles. Lazy Panda was as good a goal-hanging goalscorer as he was a last ditch clearance defender, while Striker Tiger could pick the ball up from anywhere on the pitch and score. He’s great to unleash during the late game, where his fresh legs can beat tired defenders with ease.

The Elder Scrolls: Blades was much-maligned at launch for being way too greedy, and it’s a feeling we here at Droid Gamers shared. However, there’s no denying that the core gameplay is fun and that the core loop of slaying monsters, gathering resources, and crafting your gear was quietly addictive.

What I love most about The Elder Scrolls: Blades was Bethesda’s dogged determination to put it right. Over the course of the year, waiting timers for chests have been eradicated while loot gained from adventures has been severely increased, PvP has arrived in the arena, and the game has held some of the best holiday events on mobile.

Let’s hope Bethesda keeps it up in 2020, as The Elder Scrolls: Blades could quietly end up as one of the best games on mobile.

Era of Legends demonstrated that autoplay wasn’t necessarily a requirement on mobile with aplomb. Sure, it’s there in full force while generally questing about, but enter a dungeon and the game suddenly switches it off. You have to actually play it – imagine that.

I loved Era of Legends in particular because it just never felt all that pay to win, with most purchases being cosmetic in nature. Also, it did a good job of converting the WoW-style combat system to mobile, and had a variety of interesting classes and races to select from.

Beat Cop could well by my ultimate favourite mobile game of 2019. It tells the awesome story of a rookie Beat Cop who has to try and keep his street as clean as possible. You’ll arrest offenders, interrogate suspects, and drink copious amounts of coffee, all in a day’s work.

What I loved most about Beat Cop was its sense of humour, which led to many references of awesome 80s cop movies. Second to that though, was its genuinely smart mechanics. As you walked the beat, you could inspect cars to ensure their tires were okay, that they hadn’t parked illegally, and more. Over time, you could inspect cars at a glance, as you could see the telltale signs of a crime thanks to visual aids like tyre skidmarks and more.

Another MMORPG I liked in particular this year was Tales of Wind. It’s an anime-style MMORPG that dispenses with much of the busywork of usual MMORPGs in favour of daily challenges that you could complete quickly and manage to progress. Pay to win features for sure though, which is one downside.

What I liked in particular about Tales of Wind was its move away from relying on story quests. MMORPG stories are rarely great – especially on mobile – so I’m not really sure why they bother to rely on them for the bulk of their gameplay. I’d much prefer most went down the route of Tales of Wind, which replaces all that guff for daily challenges that are actually pretty fun to play.