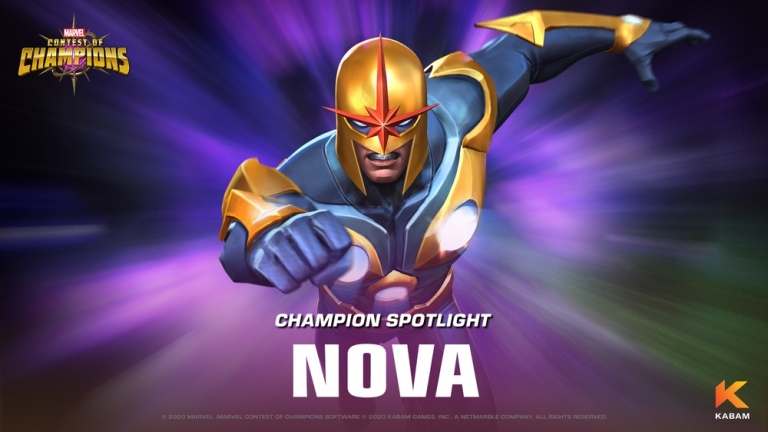 To give you a taste of his backstory, Rider was an ordinary student in New York who came in contact with Nova Corps, an alien peace-keeping force.

When Nova Corps’ home planet, Xandar, is invaded by space pirate Zorr, the last surviving member of the force, Rhomann Dey, chooses Rider to replace him.

Rider receives the Nova Centurion outfit and powers and becomes a fully-fledged superhero known as Nova.

For the full lowdown on how Nova plays in Marvel Contest of Champions, check out the official site. You can also grab the game right now on Google Play.