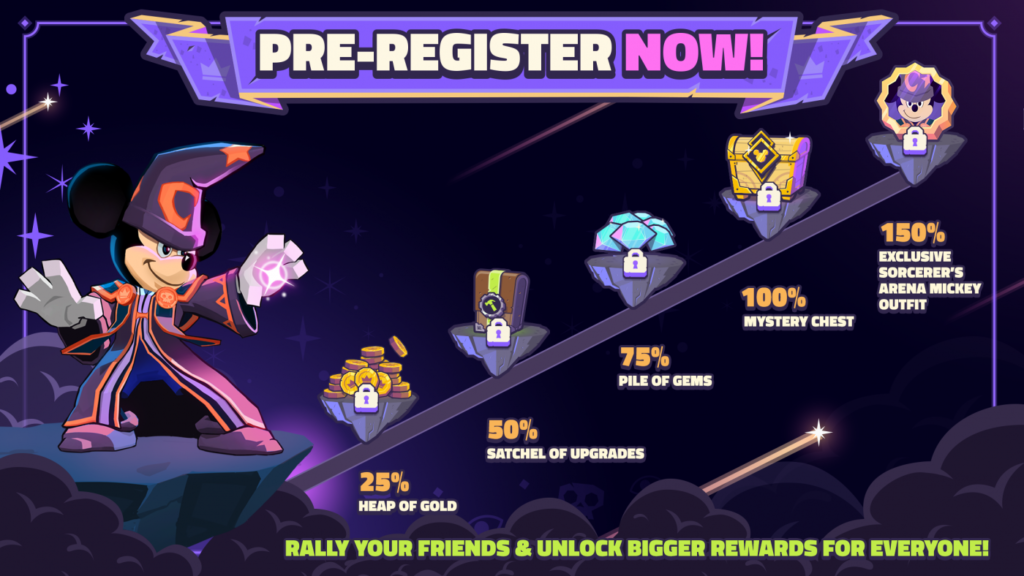 Disney’s Sorcerer Arena is an upcoming gacha RPG that features a wide variety of your favourite Disney and Pixar characters.

It’s currently under development over at Glu Mobile, who just announced that you can pre-register right now to earn some extra goodies.

Depending on the number of players that pre-register, Glu Mobile will give away the following at launch:

Sadly, we have no idea when it will launch right now, but given that the pre-registration phase is currently active, we can’t imagine it will take very long.

Disney Sorcerer’s Arena challenges you to collect your favourite characters from Disney and Pixar franchises and send them out into turn-based battles in a variety of single player and PvP modes.

Each character has their own unique battle abilities, and creating a party that blends well together is all part of the fun.

If you’re interested, head on over to the official site to pre-register right now. We’ll keep you posted regarding the official launch date for Disney Sorcerer’s Arena.