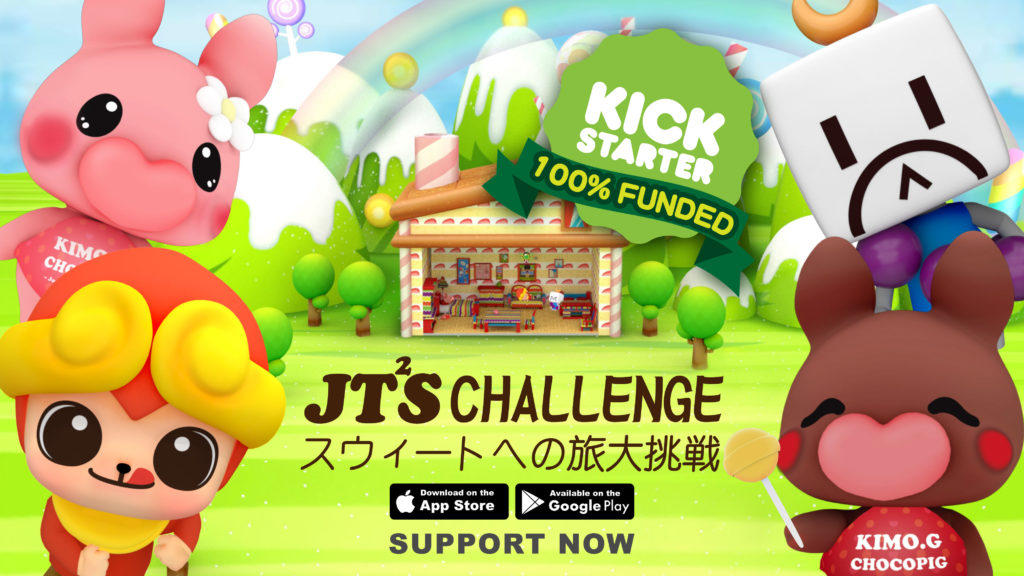 When it comes to appealing to your inner child, Journey to the Sweet Challenge doesn’t muck about. Not only does it see you going on adventures where you collect candy, but it gives you a candy house to live in too. It’s an exciting looking project boasting several fun twists on recognisable puzzle genre tropes.

The game, which is currently on Kickstarter in advance of its official release on iOS and Android, is a colorful, cartoony title featuring a large cast of original characters. It’s loosely based on Journey to the West, a 16th century Chinese novel, and in particular the character of the Monkey King.

Except in this case the goal is to accumulate as much candy as possible, which is not a feature of the original text.

Journey to the Sweet Challenge, or JTSC for short, casts you as the Master of Candy. The aim of the game is to venture out into the gameworld and complete stages, accompanied by your disciples. These loyal companions include Lollikong, Kimochu, Sugar.E, and others.

As you progress through these stages you’ll unlock new characters and win resources such as decorations, disciples, elements, candy, and more. Plus, you’ll get to see the story unfolding. You’ll also complete challenges and earn achievements.

JTSC currently contains 81 stages, and each of these is made up of 50 levels, which means there are well over 1600 to complete. You’ll never run out of stuff to do.

But when you fancy getting off the road and putting your feet up you can head right back to your candy house. Better still, you can decorate and renovate it using the loot you gather, from changing superficial elements to adding new buildings.

You can also socialise with your NPC companions, or even your human ones. Players can visit each other’s Candy Houses, as well as challenging them to various stages and cups.

On top of that there are daily missions and lucky missions. There’s so much to do, in fact, that you might conceivably decide to stay at home rather than heading out on a mission. Fortunately, you can send your disciples to do that for you.

JTSC will be out soon for iOS and Android. If the Kickstarter goes well and the stretch goals are reached, the game will come to Switch and PC too.

Get involved and back the game via its Kickstarter page now.

journey to the sweet challenge