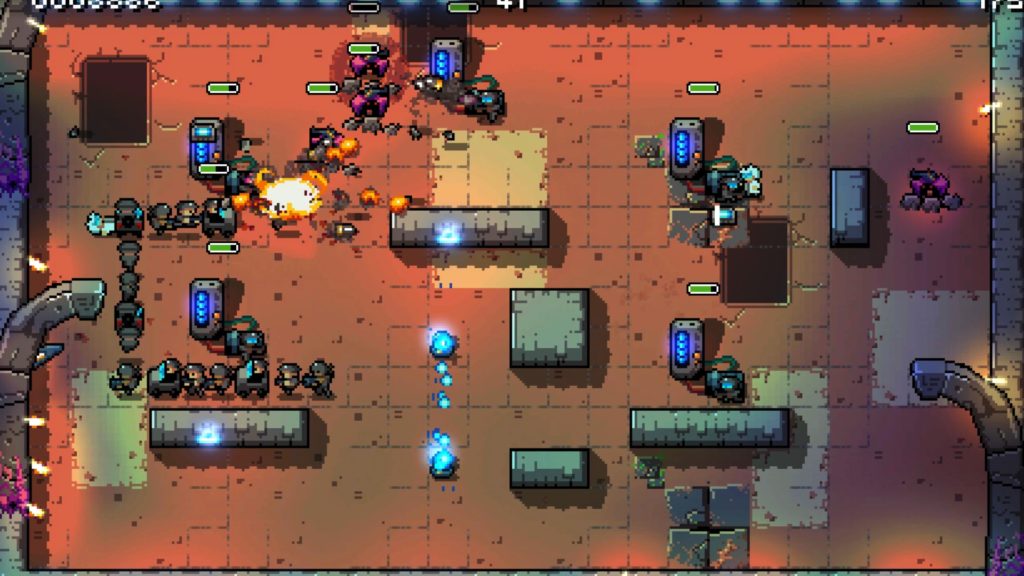 Snake Core, a modern take on mobile classic Snake that transplants the core gameplay into an intergalactic war with hostile aliens, is coming to Android in mid-April.

Rather than piloting a single snake, the game puts you in command of a whole army of soldier units that march in a long, snake-like line, hunting down snake-like alien creatures. The gameplay involves defence, rescue, bomb disposal, and pretty much all of the things that an intergalactic soldier might be expected to do in the line of duty.

Your soldier units come in a variety of shapes and sizes, such as swat, tank, and medic, and all of them are upgradeable. There are skills, too, and power-ups to help you out of snake-based sticky spots.

While Snake Core is already out on iOS, the Android version is currently only available for pre-registration. You don’t have long to wait, though: Orangepixel revealed to Droid Gamers that it should be along around the middle of April.