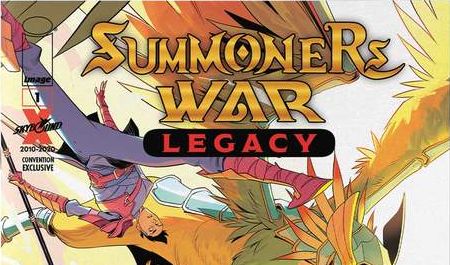 Com2uS, the publisher behind the hugely popular RPG Summoners War, has teamed up with Skybound/Image Comics to create Summoners War: Legacy, a spin-off comic book series.

Set 35 years before the conflict featured in the game, the comics will explore the fate of Durand’s parents and expand on the mystical land of Alea, as well as fleshing out the backstories of characters like Abuus, Rai, and Tomas.

Summoners War: Legacy is written by Justin Jordan, the author behind Reaver and Dead Body Road, and illustrated by Luca Claretti, whose credits include the Adventure Time comics.

You can pre-order issue #1 of Summoners War: Legacy for $10 right now, and if you do you’ll get a special fold-foil edition of the comic for $10 as a reward.